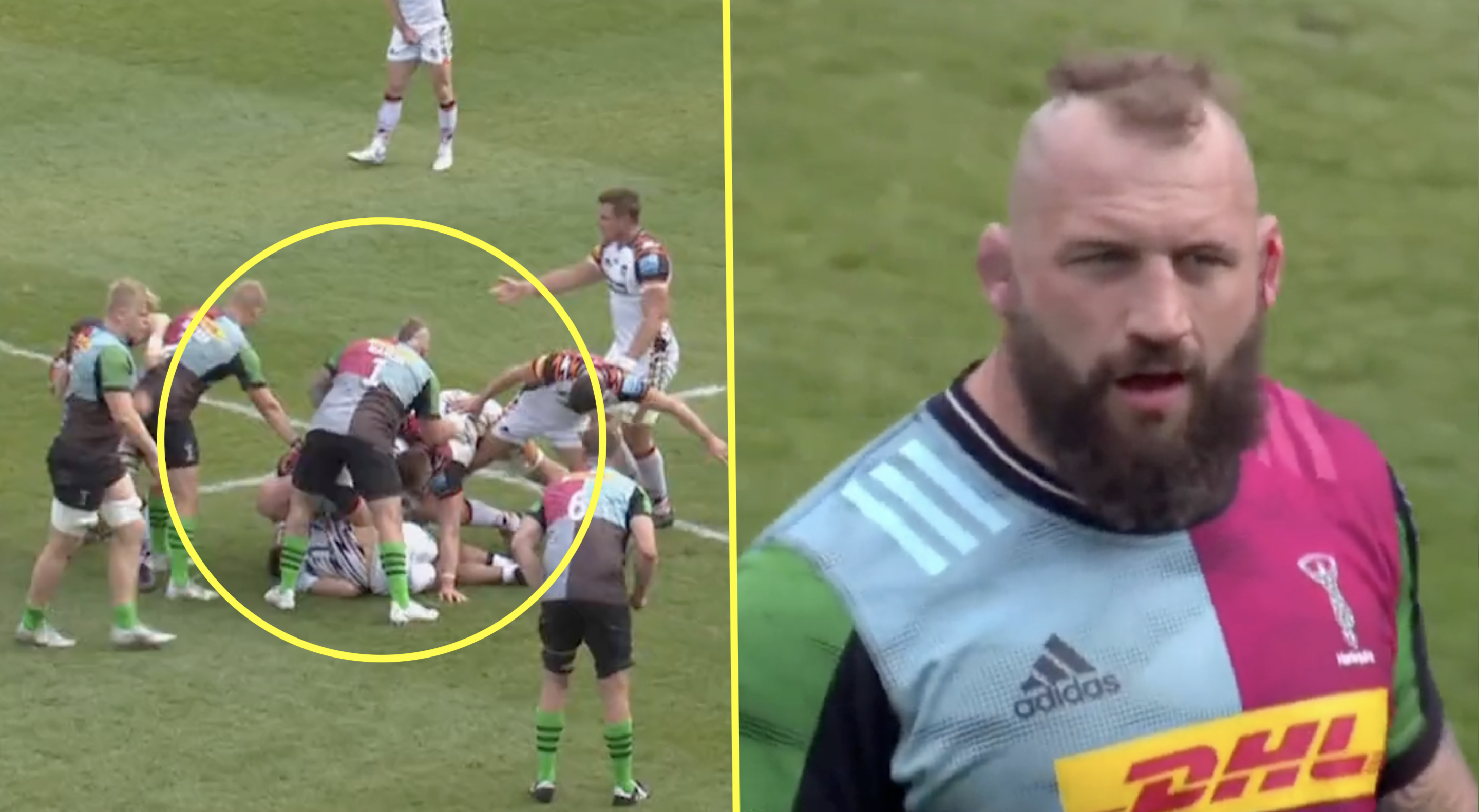 There are not many things on a rugby field a three cap British & Irish Lion and 95-cap England tighthead would want to experience less than being sat on and treated like a rocking horse. It’s just not a good look. So Dan Cole’s afternoon at the Stoop on Saturday was therefore not a great one.

Not only did his Leicester Tigers lose 26-0 to the reigning Gallagher Premiership champions Harlequins, but he had a strange encounter with fellow front row and former England teammate Joe Marler. The incident came in the second half when Leicester were shaping up to box kick. With Cole being the first man securing the ruck, Marler decided, rather than to try and charge down the kick, he would be better used sitting on Cole’s back.

Having a 120kg human sit on you is not a pleasant experience at the best of times, but it must be particularly knackering midway through a match. This was perhaps Marler’s rationale, hoping to tire a physical Leicester pack.

Harlequins have shared footage of Marler doing this, and both his feet can be seen off the ground, meaning Cole is bearing all the weight of the England loosehead.

This was Quins first game since a disappointing two-legged loss to Montpellier in the Heineken Champions Cup. The London side were hoping to bounce back against the Premiership leaders, and head coach Tabai Matson praised his side for doing so.

“We probably couldn’t have picked a better side to bounce back against because with Leicester on the horizon you just can’t dwell,” Matson said.

“If you’re off your game they’ll make you look really poor so they were a fantastic team to bounce back into.

“The good thing for us is that we’re still in the top four and that has been our goal all year. Lots of work still to do but this will make us really buoyant coming in on Monday.”