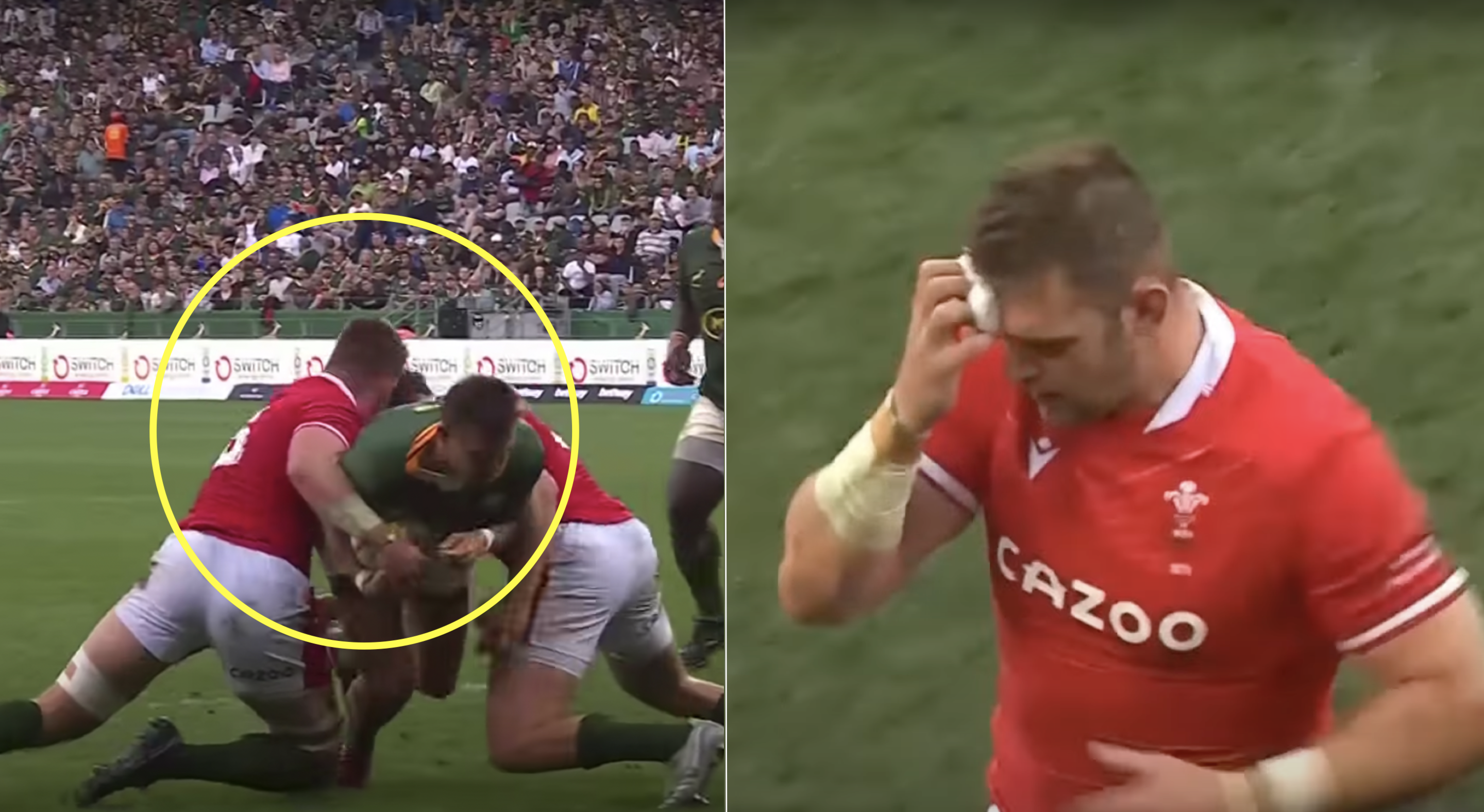 Wales were dealt a double whammy in the first half against South Africa in Cape Town on Saturday when Handre Pollard scored his try. Not only did they concede the try, but flanker Dan Lydiate was forced to leave the field after colliding with hooker Ryan Elias in their attempt to stop the try in a case of friendly fire.

The Ospreys blindside had to leave the field on 16 minutes after his face collided with the top of Elias’ head, and was replaced by Alun Wyn Jones. That was the end of Lydiate’s tour though, as he failed to return to the pitch again as Wales lost 30-14. This was the moment:

Lydiate has since taken to social media to share a photo of his face, and it is quite a gruesome injury. The 34-year-old’s right eye was almost swollen shut, with stitches across his eyebrow. He wrote alongside the photo: “Thanks for everyone that asked I’m all good a few more train tracks to add to the collection.”

Thanks for everyone that asked I’m all good a few more train tracks to add to the collection 🚂 pic.twitter.com/oIq97jQMl0

Lydiate was making his return to the Welsh set-up for this series after over a year out of Test rugby after rupturing his ACL in the first round of the 2021 Six Nations. His return, and a few others’, sparked a bit of a revival for Welsh rugby after a disappointing Six Nations, where they registered their first ever win over the Springboks in South Africa.

Looking back on the series, captain Dan Biggar said: “To get a win over here is a huge tick.

“Overall, it has been a hugely-positive tour. From where we came from in the Six Nations, I don’t think anybody could have predicted how it went.

“We fell a little bit short (in the third Test) after a long season, but we have said this is the standard we need to get to now, not the Six Nations, where we fell off a little bit.

“We weren’t at the races for the first 15 minutes – South Africa started really strongly. Twelve months ago, we could have conceded three or four times, but the boys dug deep and we managed to get it back to 10-8.

“It showed a huge amount of character, and we are a resolute bunch. It will stand us in brilliant stead, and it has been a really positive campaign overall.

“When we look back on the tour, I think we will have some fond memories.”