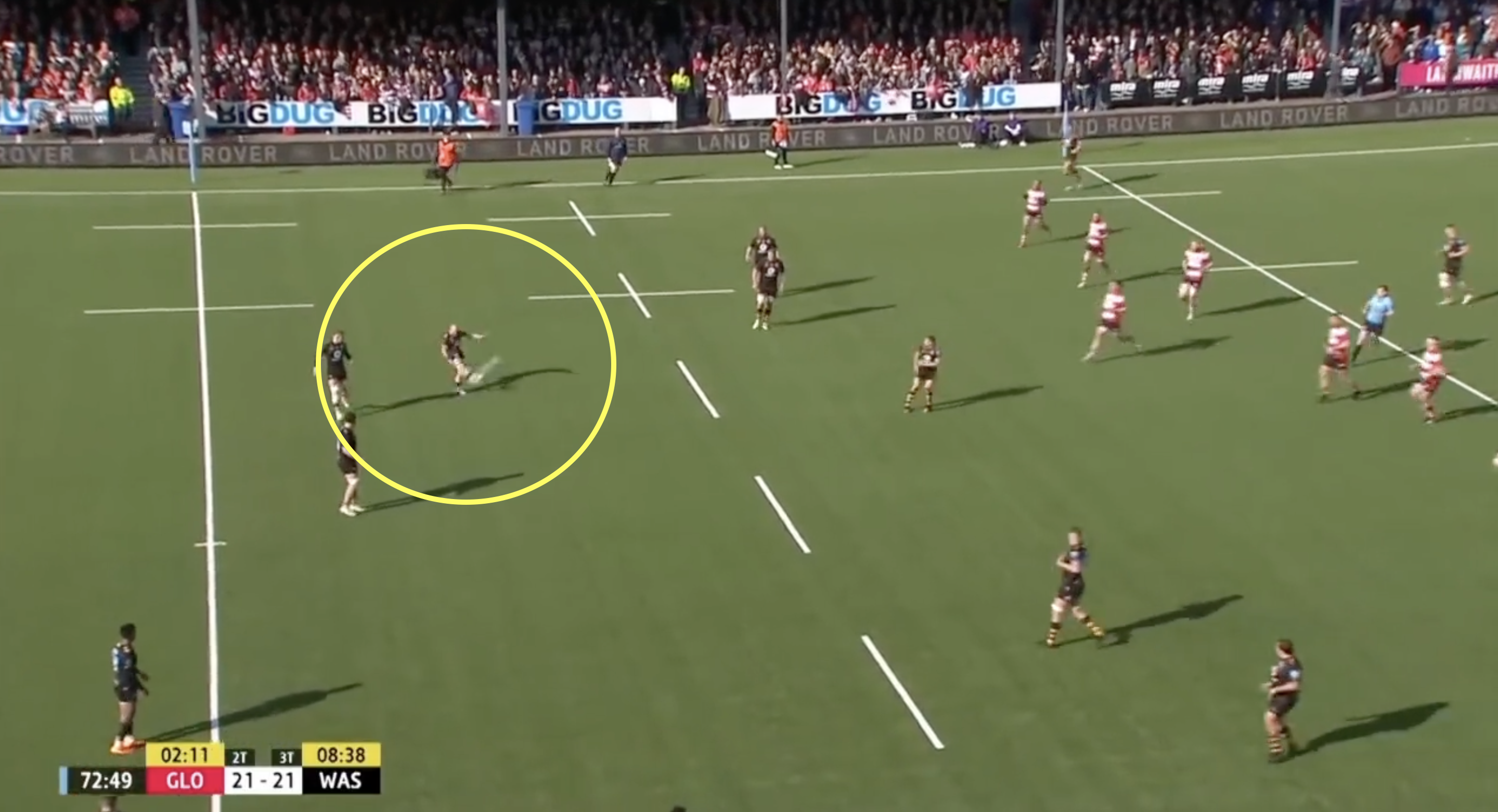 The goal line drop out still in its first season in the Northern Hemisphere, and while it has not been universally popular, the biggest hope/ fear that many people had about it has not come to fruition.

That was that it would result in many more drop goals as players receiving a drop out are afforded so much more time and space than usual. With that said, it does not mean that there have been no drop goals in Europe this season off the back of a drop out.

Wasps scrum-half Dan Robson possibly produced the most important drop goal from a drop out since the law was introduced in Europe. Robson was playing against his former side Gloucester at Kingsholm, and helped secure a 27-21 win.

An interesting stat that emerged from the match from statistician Stuart Farmer is that Robson is the first ever scrum-half to score a drop goal for Wasps. That is quite surprising given the fact that the likes of Simon Shaw, a second-row, and Lawrence Dallaglio, a No8, have.

Over the years @WaspsRugby may have had some unusual drop goal scorers in @premrugby, with forwards Lawrence Dallaglio (in 2000) and Simon Shaw (in 2004) both achieving the feat, buy yesterday’s Dan Robson effort was amazingly the first by a Wasps #9 in the tournament’s history!

Wasps director of rugby Lee Blackett said after the match: “To come down here and win, you have to match them physically at the breakdown and deal with their kicking game and driving mauls.

“I thought we did that well today and we fired a couple of shots ourselves in respect of the driving maul.

“Dan Robson’s drop-goal was probably the crucial moment of the game and it rewarded his practice as he’s always starts and ends training by taking around 50 pot-shots at goal.

“He came on and played with considerable maturity and that with Vaea Fifita’s last minute line-out steal were the crucial incidents for our win.”

Robson added: “I’ve been coming down here for seven years and never won so it’s great to beat them, especially when they are firing.

“We know that there a lot of teams above us and we haven’t been up there this season but we’ll now take each game as it comes and see what we can do as we have to play a lot of the sides above us.”