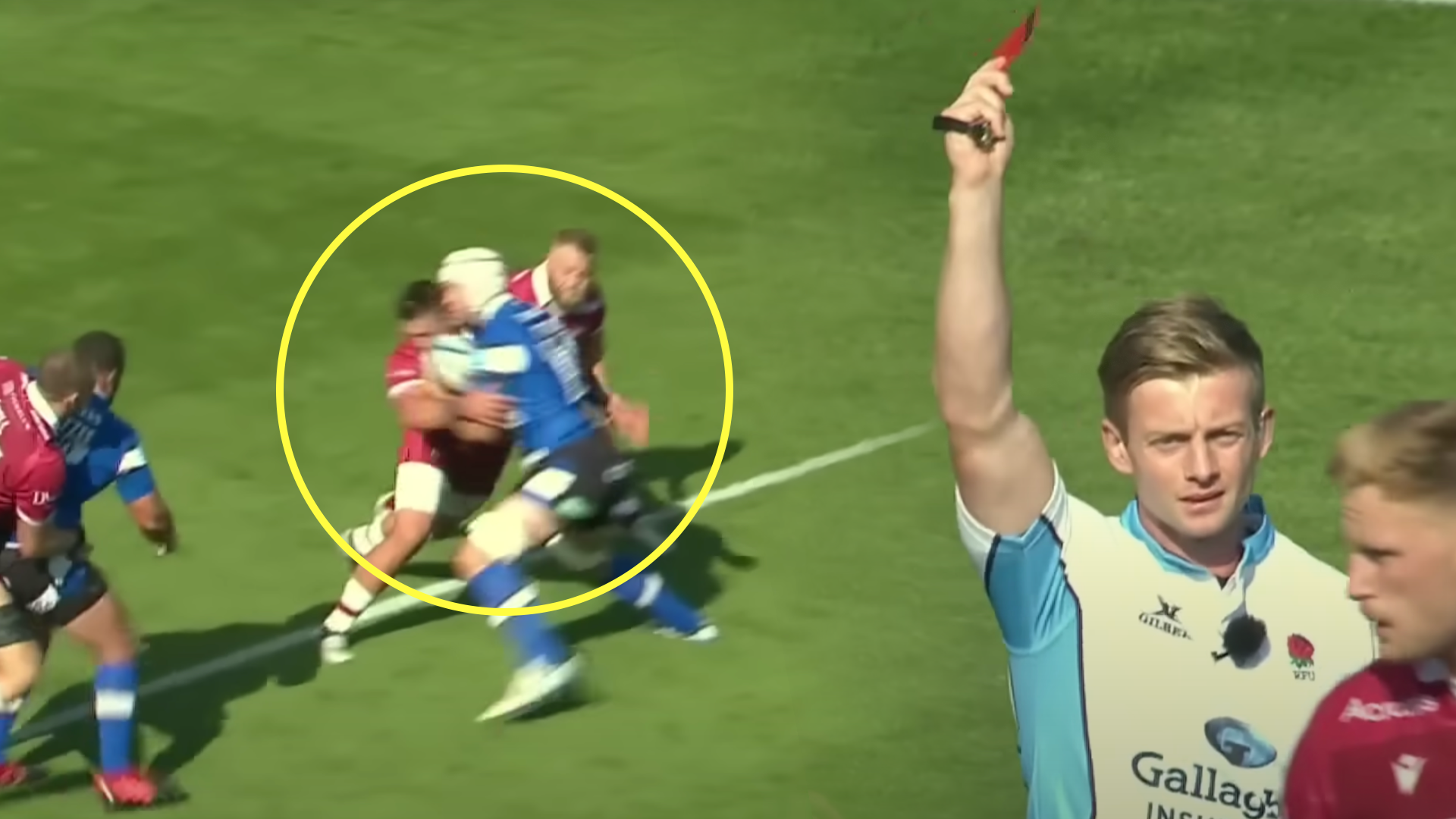 Bath and former England lock Dave Attwood has shared a truly gruesome video of the gash he sustained to his head from Sale Sharks’ Nick Schonert on Saturday.

The Sharks prop was red carded inside the first ten minutes of the match at the Rec by referee Christophe Ridley for a head clash with Attwood, and it was not particularly debatable.

Here was the red card:

Attwood’s white scrum cap was stained red as a result of the clash, and it cut his head right open. He shared a video on Instagram of the gash, and it is pretty horrific. Here’s a picture of it: 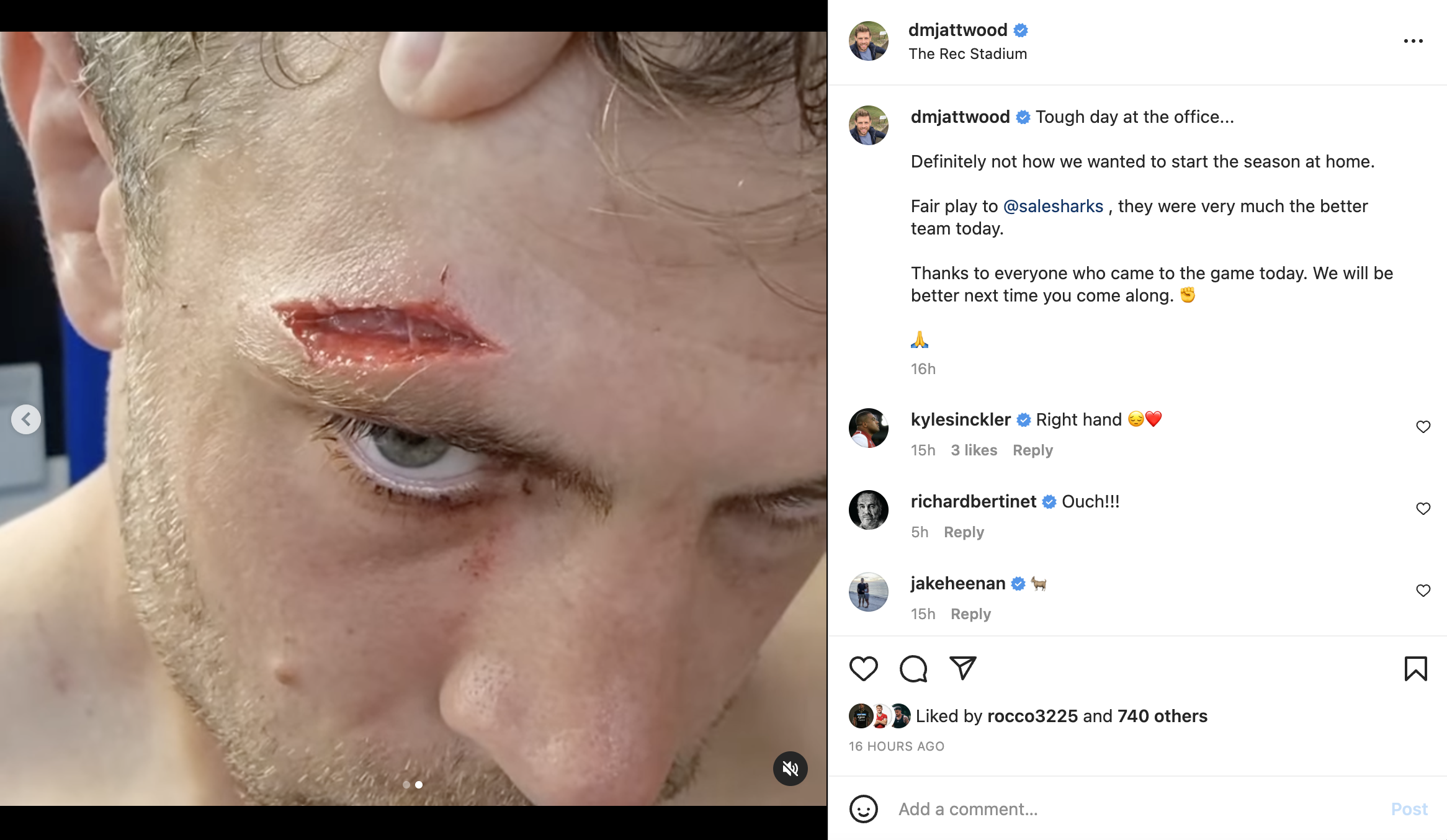 Despite being down to 14 men for the majority of the match, and playing away from home, Sale came away with an impressive 37-20 bonus point win. In fact, they were even playing with 13 men at points, which only makes the win more impressive and leaves them at the top of the league after two rounds.

Sale director of rugby Alex Sanderson discussed the red card after the match, saying: “We are in the business of looking after people’s heads at the moment.

“But as a tackler, you have got to adjust your body-height.

“It is any part of the body that makes contact with the person’s head. They are the laws, and we have got to apply ourselves to them.

“Sometimes when you have to shift your strategy so early on (because of a red card) it can be as detrimental to the side with the one-man advantage.

“You know you have to work harder when you are a man down, there is nowhere else to go. I’ve been on both sides of the coin.”