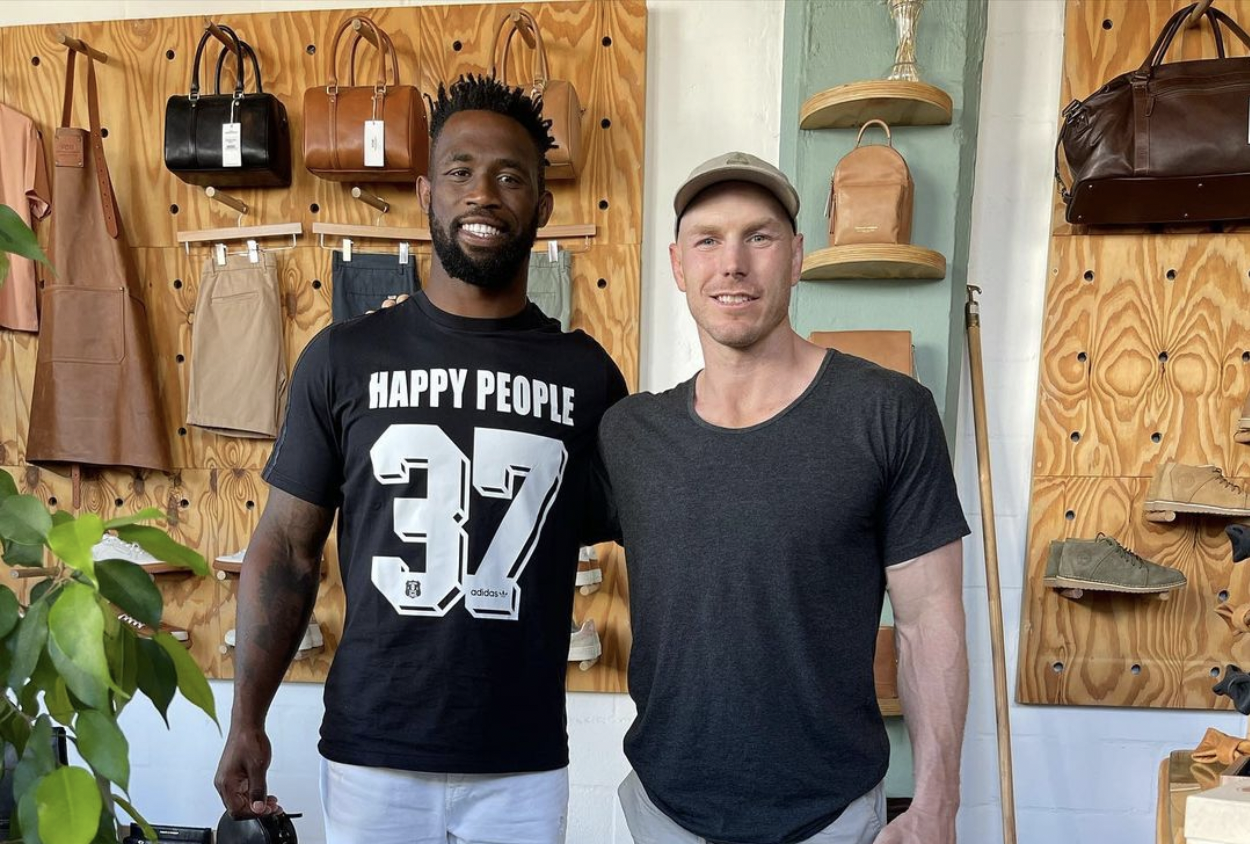 Pocock visited one of Kolisi’s Freedom of Movement stores, and the World Cup winning skipper shared a photo on Instagram of the flankers together. Despite being retired from Test rugby for two years and a year professional rugby entirely, the Australian is still in good shape, and his calf game is certainly impressive compared to Kolisi’s. Pocock always looked throughout his career that he had been built in a lab, and there was never any chance that he was going to let himself go once he retired.

The South African mentioned Pocock’s legs on his post, also taking a cheeky swipe at his Springboks teammate Lukhanyo Am for giving him false hope in the calf department.

“So good to have one of the Senate candidates for Canberra pop in our @fombrand stores! All the best for your campaign brother David Pocock,” the 60-cap Springbok wrote.

“PS I regret wearing shorts today because as soon as I saw David Pocock’s calves I knew its was over for my calves. I must stop standing next to Lukhanyo Am because his calves gave mine false hope.”

Kolisi also referred to Pocock as “one of the Senate candidates for Canberra” after his fellow loose forward announced last week that he will run for office. This is what he wrote on social media last week:

“Today I announced I’m running for the Senate in Canberra. BUT I obviously can’t do it without you.

“I want to represent my community and advocate for change on the issues we care
about most. BUT for this to happen, I need 1,500 people to sign on to my party first.

“If you’re an Australian registered voter and you want someone who will lead with integrity,
standing up for communities and our shared future, tap the link in my bio and join my party.”