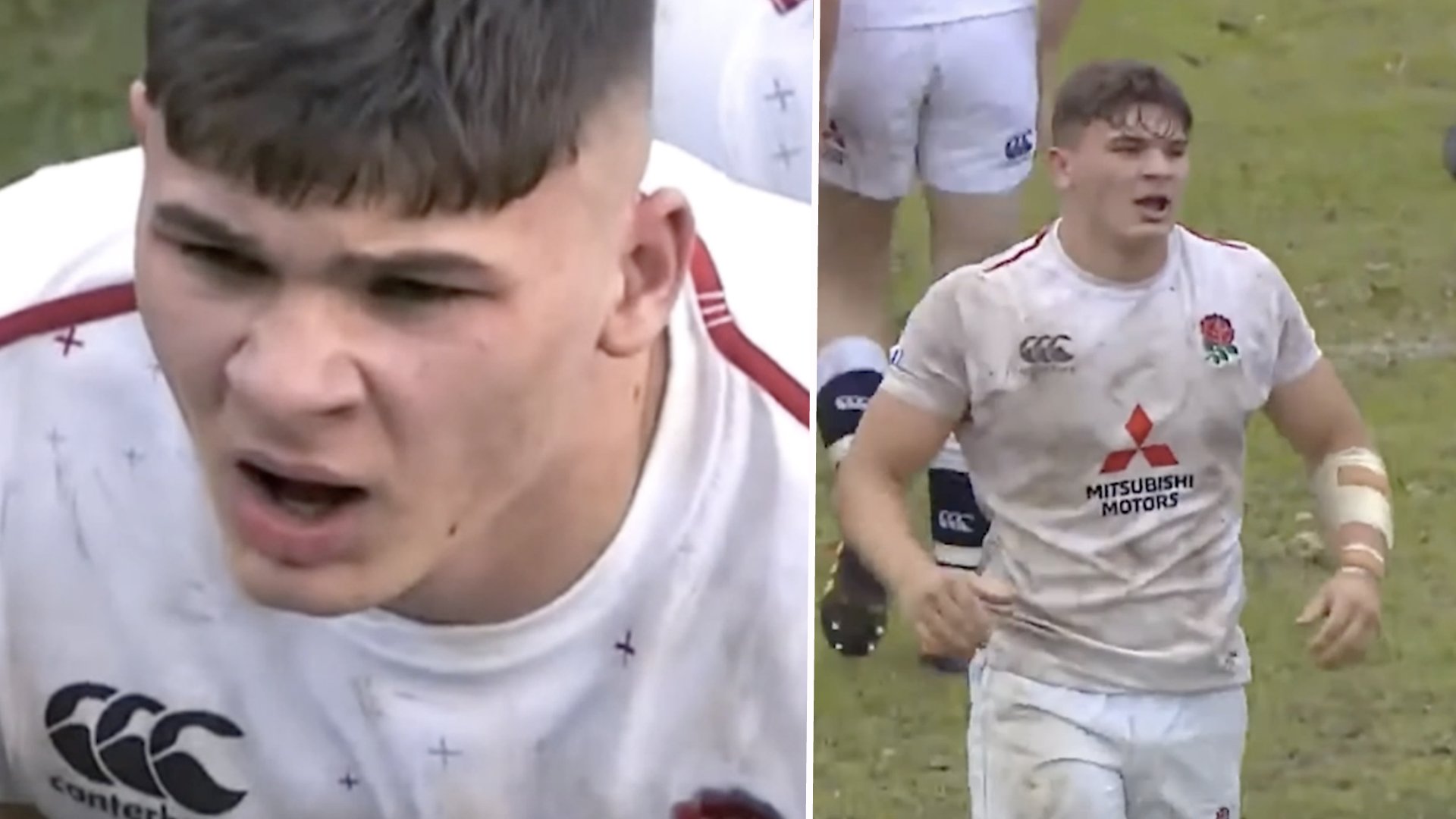 What a serious talent is 20-year-old England openside Aaron Hinkley. Raw Rugby have just dropped a new highlight reel on this young star and some of the hits that he puts in are SERIOUSLY impressive.

Hinkley currently plays for Gloucester and he will be pushing to make their starting team this year. His playing style is brutal to say the least. In the video Hinkley can be seen carrying remarkably well for a flanker whilst he is also capable of putting in some massive hits. To top that all, Hinkley is also a menace at the breakdown as we can see at the end of this highlight reel.

Will he be pushing Tom Curry and Sam Underhill for an England spot in the future?

In other news: France is almost officially ready to become World Cup hosts

In 100 days time, France 2023 will celebrate a major milestone when it officially becomes the current Rugby World Cup host having received the hosting pass from Japan.

With preparation accelerating, World Rugby has completed its final future host review meetings in partnership with the France 2023 organising committee in Paris this week and has endorsed progress in key operational and commercial areas, paving the way for a smooth transition into the next four-year hosting cycle and ultimately a successful Rugby World Cup.

The organising committee also outlined progress on its mission to deliver the most socially-responsible and sustainable Rugby World Cup ever, based on a strategy of inclusivity, unity, regionality, responsibility and innovation.

Leading the World Rugby delegation in Paris was Tournament Director Alan Gilpin, who said: “With 100 days to go until France is passed the hosting ball from our friends in Japan, we are confident that everything is being put in place to ensure a very successful tournament that will further the reach and growth of the sport worldwide.

“Strong progress is being made. There is no doubt that four years out, France 2023 is the most advanced of any future hosts in its progress with a number of major operational milestones achieved and a strong, collective focus and drive across all stakeholders to deliver something truly special for teams and fans.