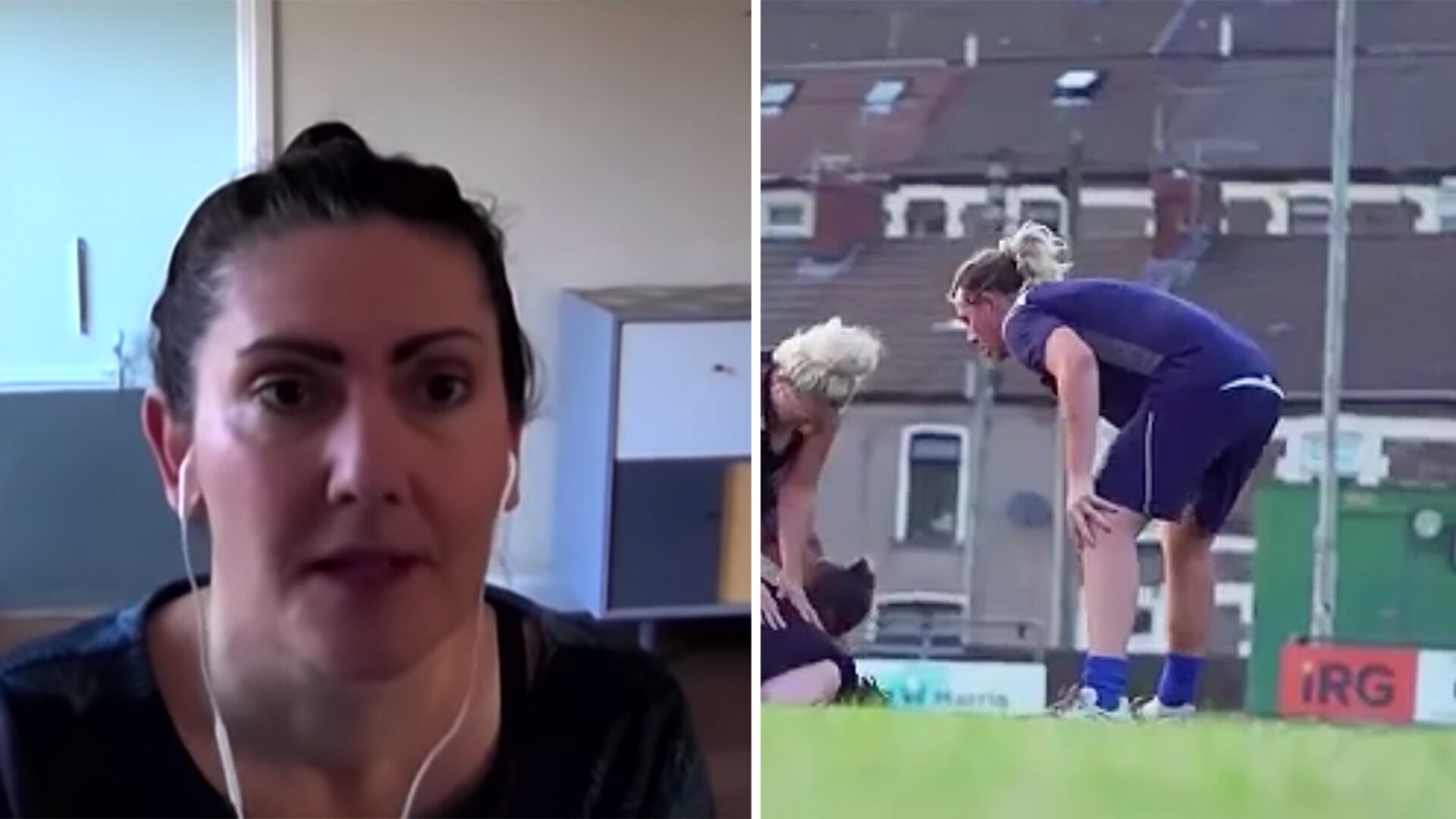 The Director of Fair play for Women has actively called out England rugby for ignoring the scientific advice saying that it would put women at risk if transgender women play with them.

The RFU has decided that it is to continue to allow transgender women to play at all levels of non-international rugby for the foreseeable future.

On October 9th World Rugby, the global governing body for rugby union, announced that it would bar transgender women—people born male, but who identify as women—from playing in the international women’s game.

They said that more research was needed into the issue which is the opposite approach to that which has been taken by World Rugby which last week said that transgender women could no longer play international women’s rugby.

They concluded that with transgender women playing – the risk of injury would be too great for those playing.

A new interview on ‘talk radio’ debates whether the RFU had made the right decision here in deciding not to side with World Rugby on this divisive issue.

In the interview, Dr Nicola Williams worries that women are at risk of serious injuries.

A guest on the show, Dr Nicola Williams, argued that England Rugby had thrown away a golden opportunity to make the women’s game safe and fair.

The host said, surely there aren’t many women playing the sport so it should not be much of an issue?

Nicola argued that it doesn’t need to be many because it means that trans women that are always at risk even if one trans woman is playing.

We are sure there is a balanced discussion to be had here.