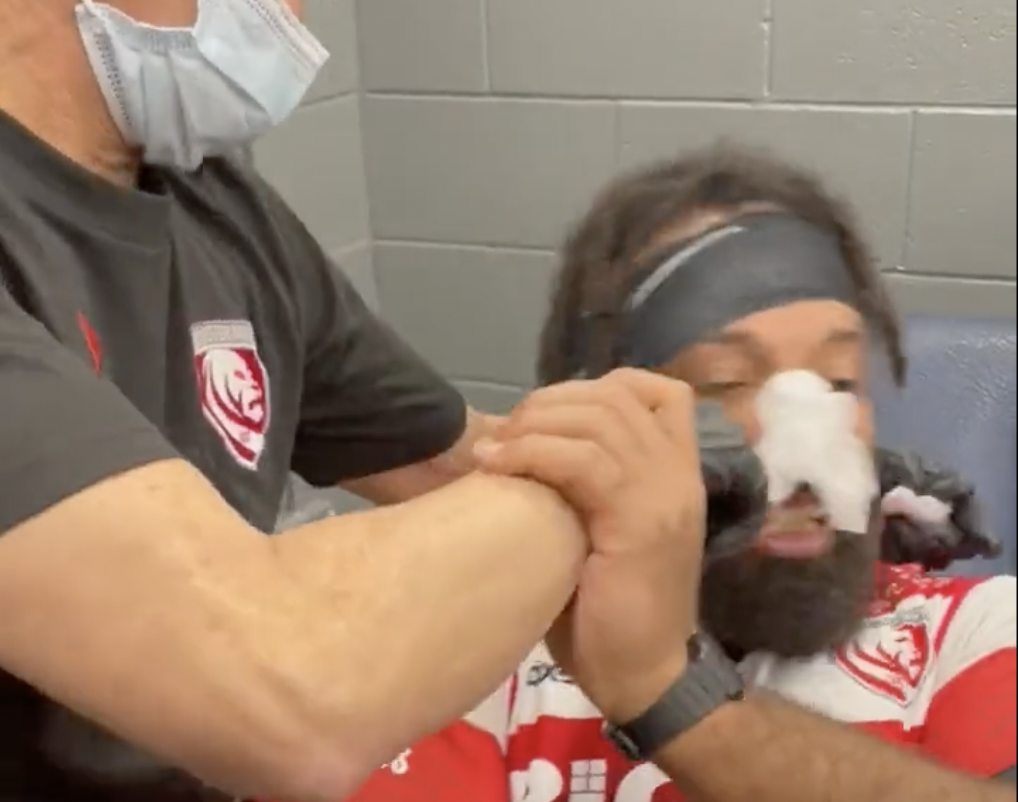 Gloucester may have got the win over Exeter Chiefs in the Premiership Rugby Cup on Saturday, but their loosehead Jamal Ford-Robinson went through the wars in doing so.

After starting at Kingsholm, the prop’s nose looked decidedly less straight at the end of the match than what it looked like at the beginning.

Ford-Robinson shared the video of the doctor trying to move his broken nose back into place, and it is not pretty viewing for those that are squeamish. The entire experience does not look pleasant for the 28-year-old, and he was met with the words “it’s still dented isn’t it,” which no one wants to hear after a minute of having their nose hammered back into place.

Take a look at the video here (warning: there are a few choice words in the video, which is perhaps understandable when someone is wrestling your nose back into place):

"it's still dented isn't it" pic.twitter.com/LgzsWD8yfs

The win over the Chiefs meant it was two from two in the opening rounds of the Premiership Rugby Cup for the Cherry and Whites having annihilated rivals Bath 71-10 the week before. That leaves them at the top of Pool One, ready to take on Worcester Warriors in round three at the end of December.

The attention at Kingsholm will now shift back to the Gallagher Premiership, where Gloucester sit in sixth place, just two points off the top four. Their next three matches are all against teams that are lower than them in the league, against Wasps, Bristol Bears and Bath, which will be a good opportunity to pick up points.

They also have the opening two rounds of the EPCR Challenge Cup to play, against Lyon and Benetton, after the Bristol match, meaning they will be fighting on all fronts in December, which could prove to be a pivotal month.