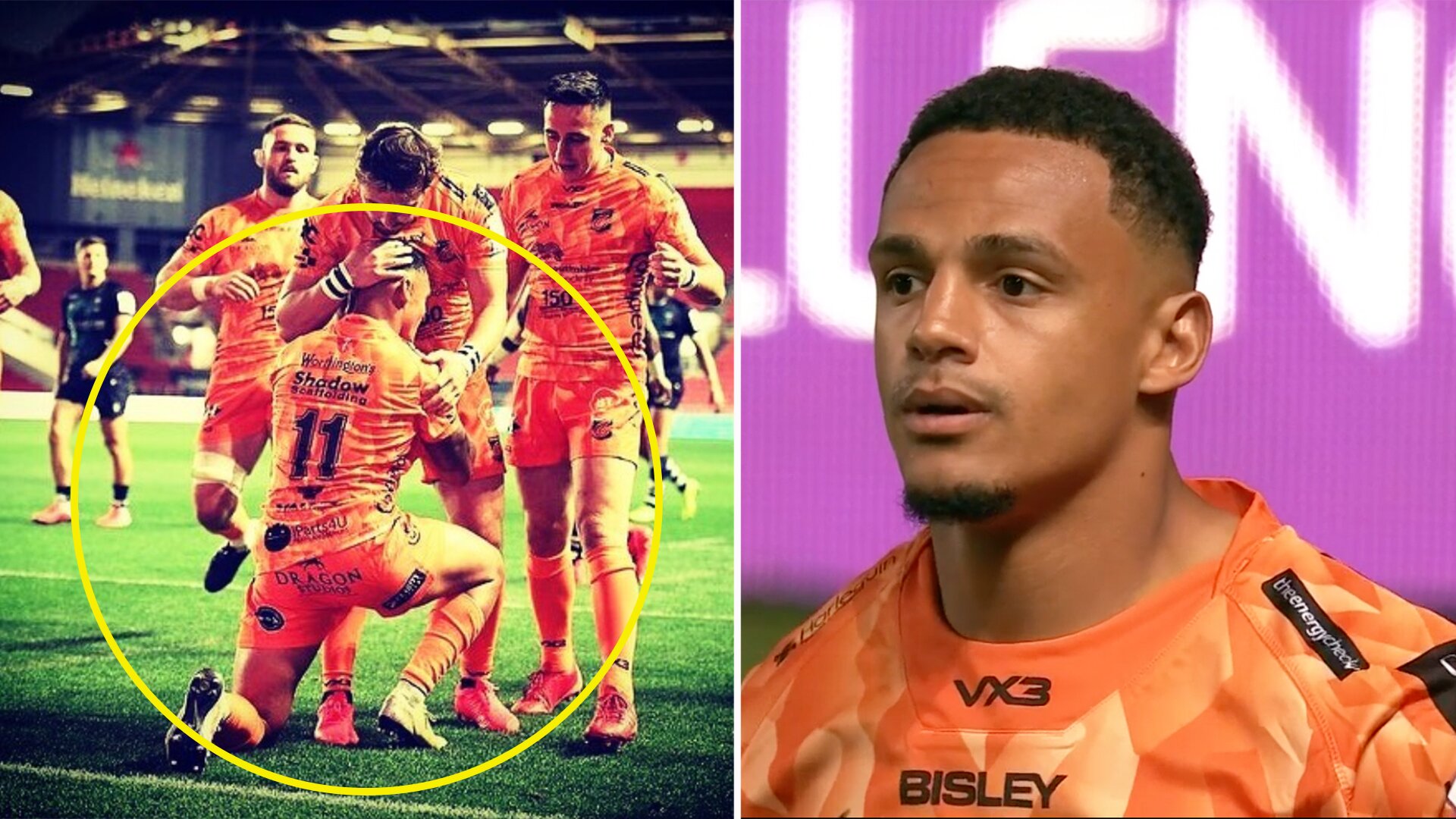 Dragons star, Ashton Hewitt, fired back at online trolls on social media this morning following on from his side’s European Challenge Cup defeat to Bristol Bears.

The 25-year-old winger scored an early try in Friday night’s quarter-final and immediately took a knee in a show of solidarity with the Black Lives Matter movement.

Twitter trolls were quick to tweet negative posts aimed at Hewitt calling him out on moments in the match – the Dragons star received swathes of support on the platform as well as calling out individual users himself.

Ashton Hewitt responded to tweets like this which seemed to call out the Dragons star on moments in the match that didn’t necessarily seem to centre around him.

@ashton_hewitt i rest my case

One account names@zenga2508 wrote a tweet to Hewitt that was widely condemned by the winger’s followers and was later deleted by the author.

As a fan, you have the right to an opinion. But to @ me with negativity isn’t helping anyone.

Your a much wanted breath of fresh air in the beautiful game Ashton, your rugby is in its ascendency yet You happily speak out on issues that need to be raised – it’s a game changer for sure

The ability to @ a player is a privilege that Twitter offers. It’s simply not ok to abuse them or bring negativity to their timeline following a performance. Respect. https://t.co/UEZAniJ2N8

Anyone who tags a player and gives them grief.

You wouldn’t slag off a player to their face.

Ashton Hewitt thanked rugby fans this morning for their support.

Woke up to some great support from rugby fans. Love it 👊🏾

The Welsh winger has been outspoken on social issues in recent months with one of his tweets resulting in controversial media persoanlity, Katie Hopkins, being removed from Twitter.

Relive the best bits of their seven-try victory over @dragonsrugby 🎥

What was the best moment of the game for you? 👀 pic.twitter.com/epL1jRI5aW