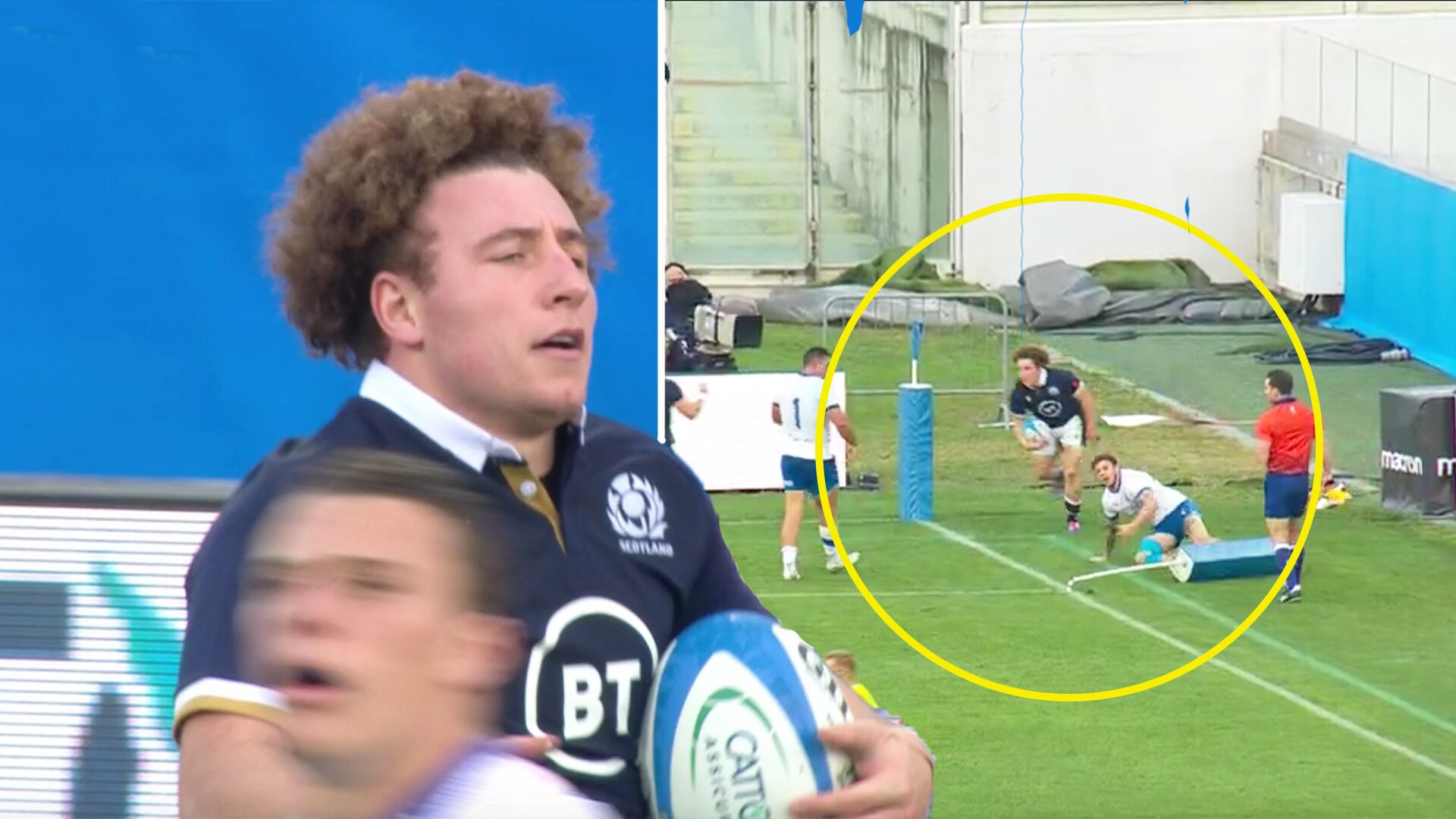 All eyes were on Scotland fly-half, Duncan Weir, this weekend as he made his return to international rugby following a four-year hiatus from the national side.

The 29-year-old, widely considered to be the best fly-half in the northern hemisphere (if not the world) was in magnificent form as he pulled the strings against Italy in Florence today.

This score in the early stages of the first half was just a taste of what Scottish fans have been missing during Weir’s extended sabbatical since 2016.

The visitors were challenged hard in the first half from a lively Azzuri who dominated at the set-piece as well as looking to play a more expansive running game that stretched the Scotland backs effectively in the opening forty.

We can see in the video below how Weir sets up his side’s opening score by literally just standing deep and taking the attention of the Italian defence. This move allowed van der Merwe to break through almost unopposed for Scotland’s opening try.

The Italians fought back hard towards the end of the first half after a brilliant score from Matteo Minozzi. Watch their score below.

What a reply from @federugby 🏉

Watch the second half LIVE on #PrimeVideo pic.twitter.com/abMwVIyD9p

This lit a fire from deep within the Worcester Warriors playmaker and this led to arguably one of the greatest scores we’ve ever seen from a Scotland player.

Don’t care who wins this weekend. Rugby has won pic.twitter.com/K1rc9y1s0l

In one of the greatest travesties of modern times Weir’s phenomenal score was chalked off by the TMO after they spotted what was an adjudged forward pass.

One thing’s for certain though, with Duncan Weir in their ranks, Scotland are BACK!