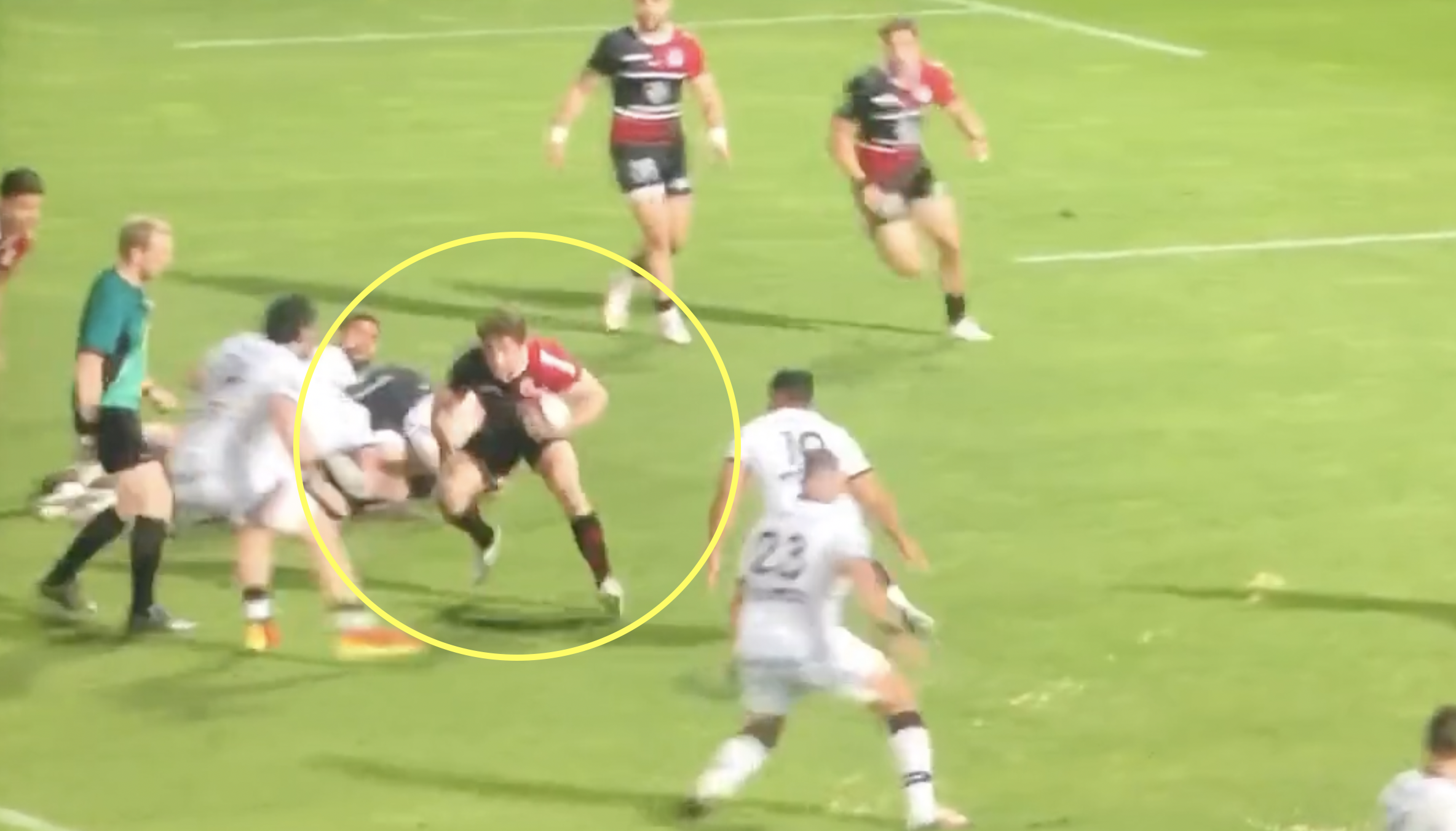 If winning the Six Nations Player of the Championship was not a good enough indication that Antoine Dupont is the best player in the world currently, the scrum-half produced another moment of magic over the weekend.

Fans by now should be used to the Frenchman producing jaw dropping pieces of play, but what he did against Lyon on Sunday would have still shocked many viewers.

The 25-year-old started on the bench, alongside many of his Grand Slam winning teammates, but made quite an impact when he came on, particularly in the final minute of the match when he made a sniping run around the ruck in his own 22. What ensued was seemingly thousands of Lyon players scrambling to stop him as he wrestled his way up field, all in vain. After escaping the clutches of the huddle of players, he even produced a sidestep and miss pass to show that he has the full package when it comes to attacking.

This video has since gone viral, which is understandable. Take a look: