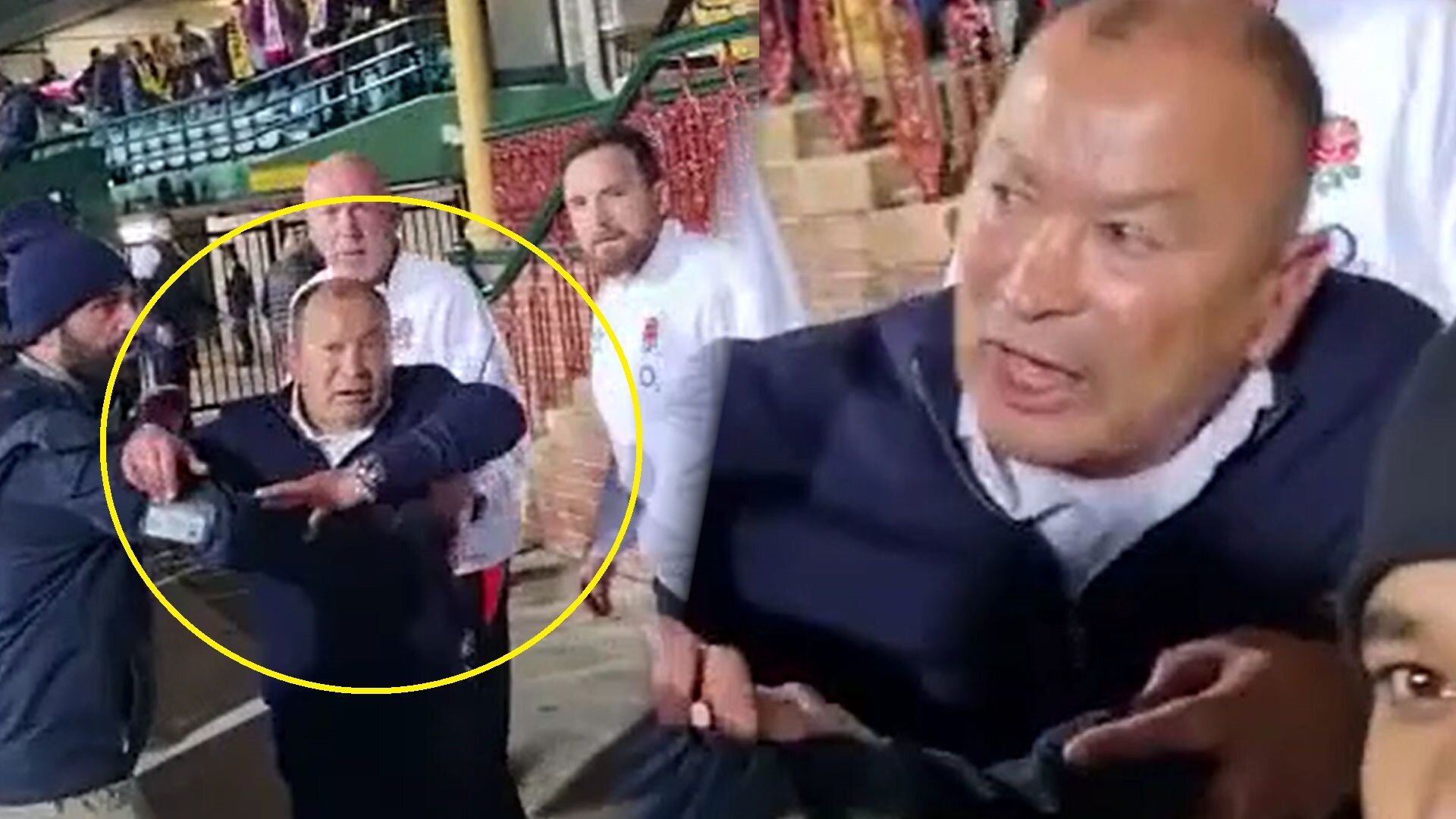 It seems there was more than one incident between Eddie Jones and Australian fans at SCG on Saturday.

Brave England won the game and wrapped up the series like champions but it didn’t stop Aussie fans from getting properly stuck into Eddie Jones.

The men in white clinched the Ella-Mobbs Cup after a 21-17 victory over the Wallabies, the last ever rugby union game to be played at the SCG. Tries from Freddie Steward and Marcus Smith on either side of halftime helped copper fasten the win and hand the series to Eddie Jones’ men.

However, incidents between Eddie Jones and fans marred the celebrations for the England camp.

This is the first incident:

Got what he deserved from Eddie pic.twitter.com/lUrtzrsB5h

A security guard intervened on that occasion.

However footage taken moments before show Jones going off the same grouping of bogan fans, who were also calling him a traitor.

The Aussie fans can be heard saying “On your bike. You won mate” and “Angry little man!”.

Here’s footage of that appalling incident.

It’s the not first time our Eddie has got into it with fans. Scottish football hooligan types once accosted him outside a railway station. Here’s the vision of that ugly incident.

He’s also had stuff thrown at the team bus at Murrayfield – a plastic bottle if we recall correctly – but that’s more just banter really.

Personally – we think fair play to Jones for sticking up for himself. You don’t get to call him a traitor for coaching a different rugby team.