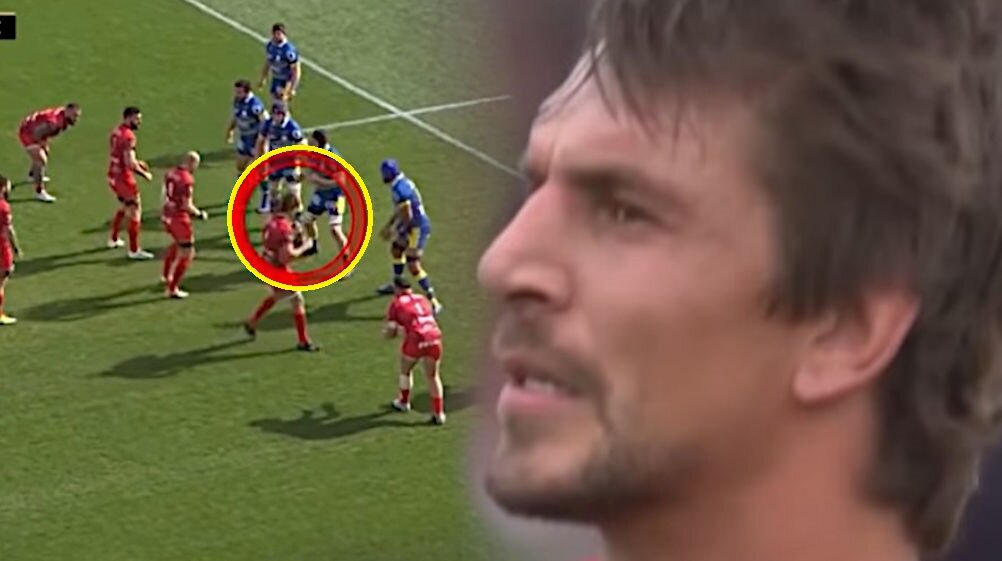 Springboks GOAT Eben Etzebeth has stunned and silenced every single one of his critics after putting in a massive performance for Toulon.

And he does have critics.

Bakkies Botha recently said he was disappointed that Etzebeth was leaving France, which he will do at the end of the season, a year early.

TAS Analytics have put together a really good video on the performance. They wrote: “The guy is just class and has proven time and time again that he is hands down the best lock in rugby at the moment. I just love the way he play, it simply never gets old to see him run over people with aggression. He was brilliant yet again with his man of the match performance vs ASM Clermont Auvergne.”

The Springboks definitely need him back home. The Emirates Lions, Vodacom Bulls and DHL Stormers ensured another successful weekend for the South African franchises in the Vodacom United Rugby Championship as they secured valuable victories against their northern hemisphere rivals in the competition, making it three wins in four matches for the domestic teams.

The Emirates Lions earned their third straight win in a row as they defeated Ospreys 45-15 in Johannesburg on Friday, while on Saturday the DHL Stormers edged through for a 23-20 victory against Ulster in Cape Town and the Vodacom Bulls cruised to a 55-20 victory against the Dragons in Pretoria.

The Cell C Sharks, meanwhile, succumbed to a 21-5 defeat against Edinburgh in a soaking wet Durban, which brought their four-match winning streak to an end.

These results saw the DHL Stormers leapfrog the Cell C Sharks into sixth place on the log as the top placed South African team with 38 points, while the Pretoria side’s bonus-point win bumped them up into seventh place (37 points), while the Cell C Sharks dropped down to eighth place with 36 points.