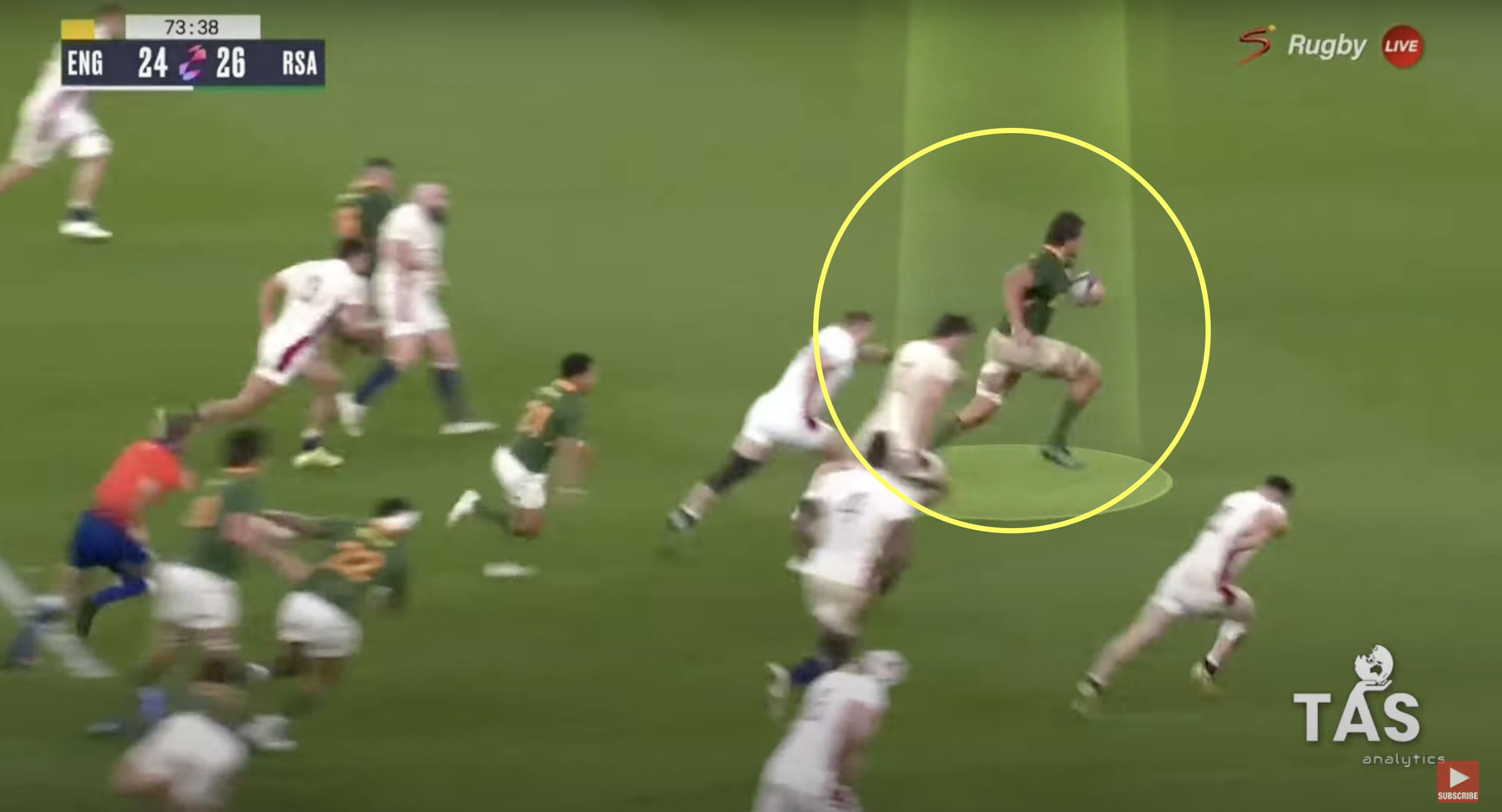 While no South African made the shortlist for World Rugby player of the year last week, plenty of players put in shortlist-worthy performances against England at Twickenham on Saturday.

One of those was Eben Etzebeth, who, despite being on the losing team, put in a heroically ferocious performance to cement his reputation as one of the most indomitable players on the planet.

It was a complete performance from the lock; a menace at the lineout, brutal in defence, a charge down and even a clean break through the middle of the field. There weren’t many departments in the game that the 30-year-old did not have a standout performance in and it looked as though he was on course for a man of the match performance in a Springboks victory until England snatched the win in the closing seconds of the match with a Marcus Smith penalty.

TAS Analytics has shared a video of Etzebeth’s performance, describing it as a “World Player of the Year Performance.” Of course, one single game does not get someone on the shortlist for the esteemed award, let alone winning it, but this is not the only high class performance by Etzebeth this year. The lock was monumental in the Springboks’ series win over the British & Irish Lions, as were many of his teammates.

Despite the series win over the Lions and finishing the year as world number ones, no Springboks player made the shortlist for player of the year or breakthrough player of the year, neither did Jacques Nienaber for coach of the year. Perhaps the controversy surrounding the South African coaching team this year explains why Nienaber missed out, but World Rugby will have a harder time trying to explain why the players missed out.

Lukhanyo Am is the only player up for any award- try of the year- for his try against the Lions when playing for South Africa A.