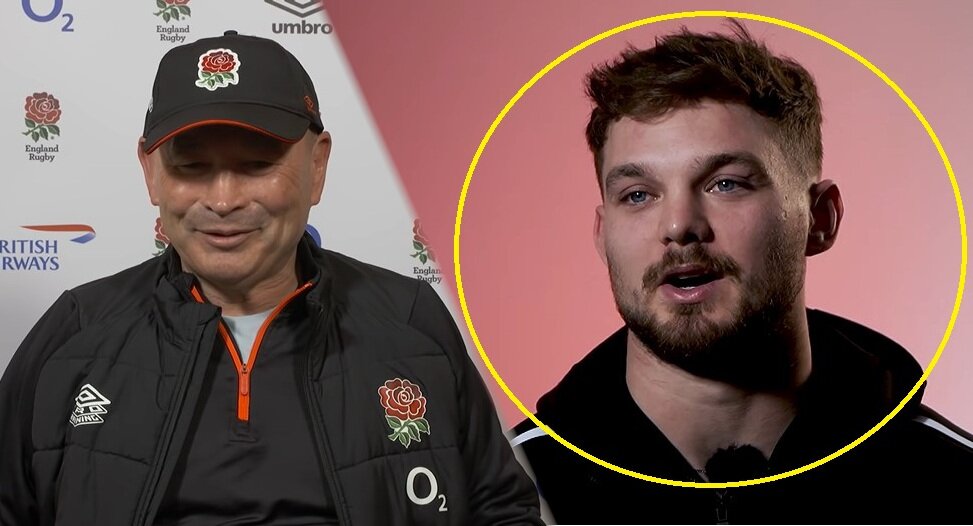 If you ever wondered about how closely Eddie Jones’ monitors his new England players, then his first exchange with Harlequins back row Will Evans might give you an idea.

Let just say he’s not necessarily as familiar with them as you might expect.

Leicester Tigers flyhalf Freddie Burns tells a brilliant story and recounted it on The Offload Podcast recently and what happened the first time Evans was involved with an England camp.

“I got told a great story about, you know Will Evans the Quins back-row who got injured. So he got called up quite early on his club career to train with England, and he’s got a lift down with Gengey and apparently they’ve got out the car in the car park anc as they’re walking across Eddie Jones is there, and he’s looked at Gengey and gone “alright Gengery? Who’s your mate?”

“He’s a young lad who’s like 19 in camp and it’s the boss who selected you.

“I think I’d cry and get back in my car and drive home.”

Baptism of fire for anyone walking into England camp for the first time 🤣 #SixNations2022 #Offload pic.twitter.com/gMJfIG38QH

Flanker Will Evans says it’s the best rugby environment he’s ever been a part of which made it an easy decision to re-sign with Harlequins recently.