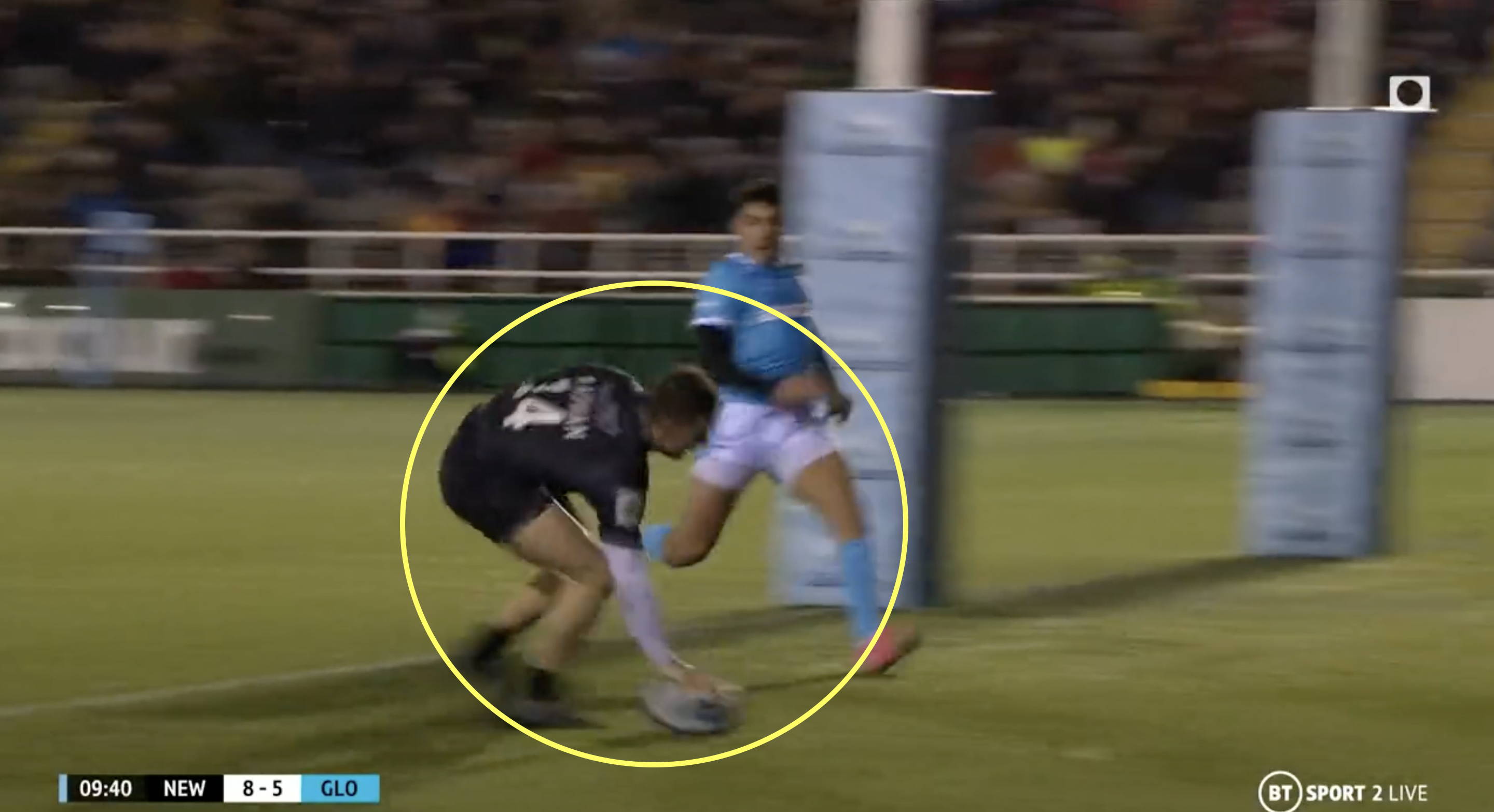 Newcastle Falcons winger Adam Radwan was one of the surprise omissions from Eddie Jones’ England Six Nations squad two weeks ago after breaking into the set up in 2021.

So plenty of England fans would have been pleased to see the the 24-year-old get called up to the squad on Sunday evening following a hamstring injury to Northampton Saints’ Tommy Freeman and a positive Covid-19 test for Harlequins’ Joe Marchant. Then again, after his performance against Gloucester on Saturday evening, it was hard for Jones to ignore him.

This was not a game where Radwan dazzled throughout the match, as after all he was not afforded a lot of space from the visitors. But all he needed was a glimmer of space for this try in the first half, where he was able to show off his pace and footwork. Few would have thought he could score when he received the ball on the right wing, but he showed his “blistering acceleration,” as Ben Kay described it in commentary, to get the try.

"Sonic the Hedgehog rips over the line!"