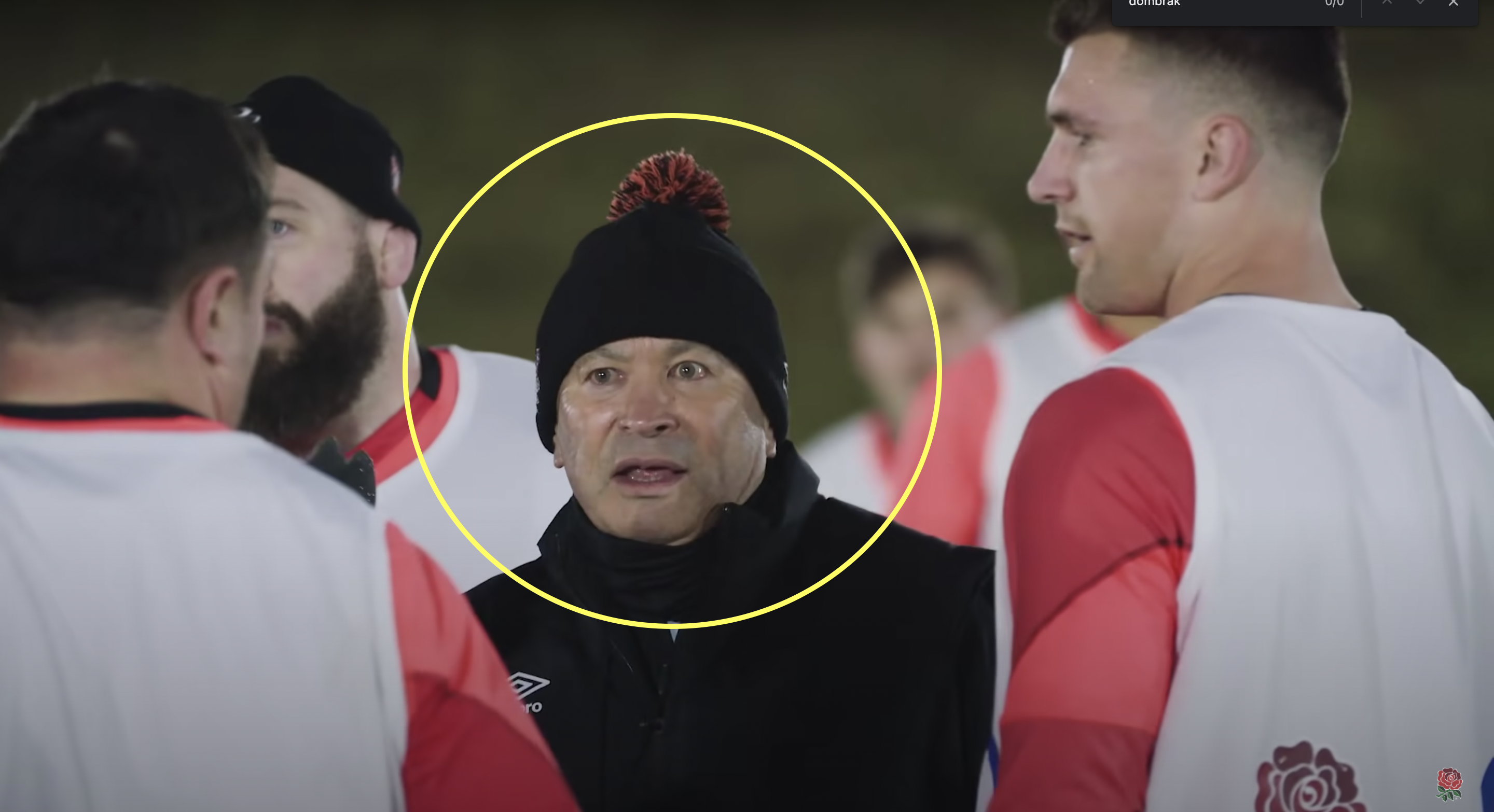 Eddie Jones’ goal of playing an XV of players entirely out of position seems to be coming along swimmingly this Six Nations, and there are no signs of him letting up.

His latest experiment may not be the boldest of his entire tenure in charge of England, but it may still leave some scratching their head. A video shared by England Rugby this week ahead of the Italy match showed No8 Alex Dombrandt packing down at flanker during scrum practice.

The 24-year-old has spent the vast majority of his career for Harlequins and England playing at No8, but this could be one of Jones’ latest plans, perhaps to create a back row containing Tom Curry and Sam Simmonds as well.

Bizarrely, this trio did actually take the pitch against Italy at the weekend, however, in that situation Dombrandt packed down at the back of the scrum and Simmonds was on the flank. In this drill in the video, Simmonds was packing down in the scrum opposing Dombrandt, which does beg the question who was at No8 in the back row containing the Quins star. Alfie Barbeary was also in the back row containing Simmonds, so this is a bit of a mystery.

England fans may have to wait though to see this back row, as Simmonds has been nursing a hip injury this week with England. This is Jones’ 25-man squad: