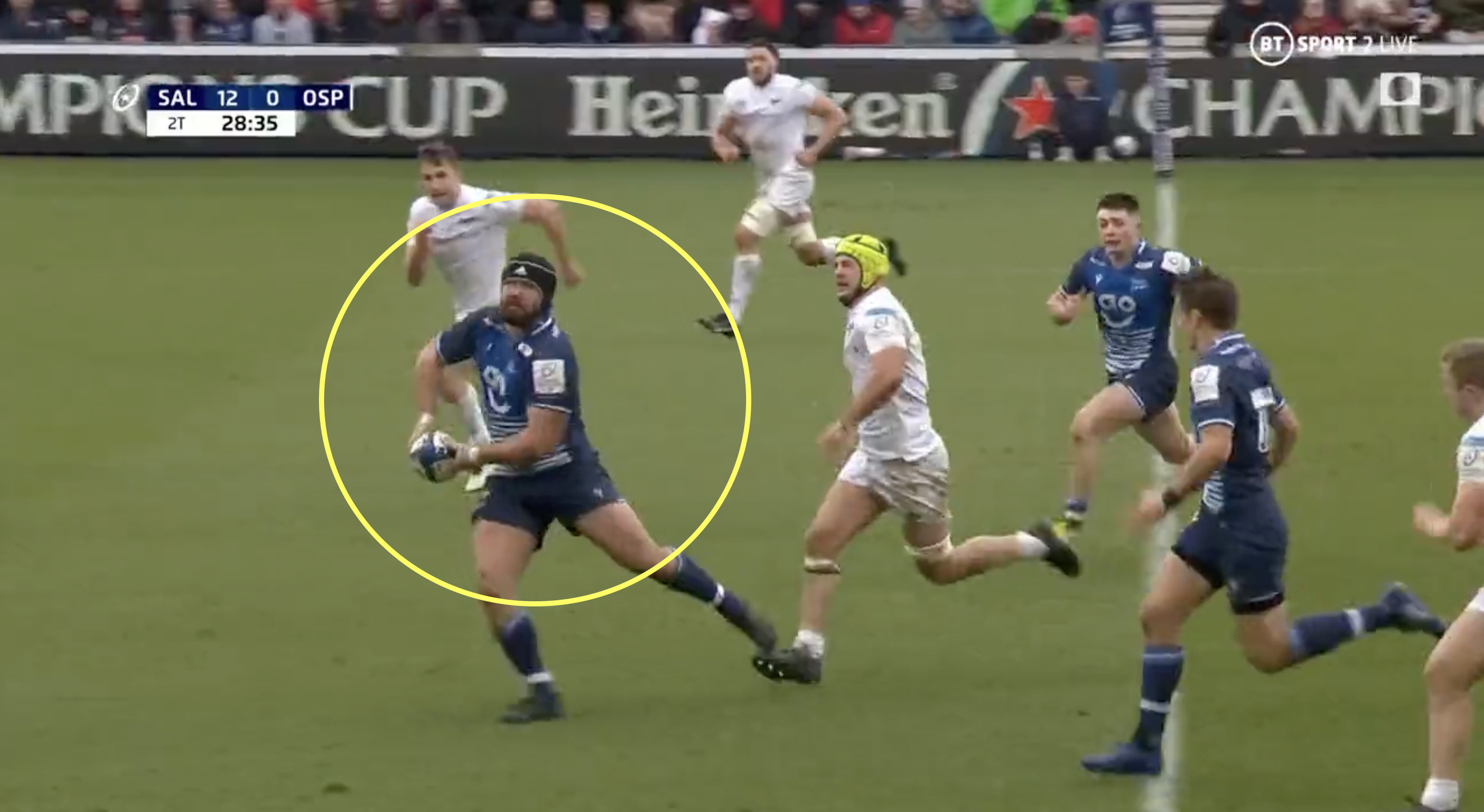 Eddie Jones has quite a penchant for making players change position slightly, whether that be a flanker moving to No8, a fly-half moving to centre, a centre moving to the wing or a winger moving to fullback. But he has never been so daring to move a forward into the backs. The Australian could be on the verge of doing so ahead of the Six Nations, and this would be quite some switch.

After Sale Sharks and England loosehead Bevan Rodd powered his way through the Ospreys defence yesterday, many thought that a prop would panic in the giddy heights of open space. However, the 21-year-old calmly proceeded to sling a ten metre plus pass to his teammate Arron Reed, who ran in for the try.

Since then, reports have emerged that Jones thinks Rodd is wasted in the front row and wants to slap a No12 on his back. Now it is hard to remember whether these reports are real or something we have made up entirely, but Rodd would have nevertheless caught Jones’ eye with the run yesterday ahead of his battle with Ellis Genge and Joe Marler to make the England matchday 23.