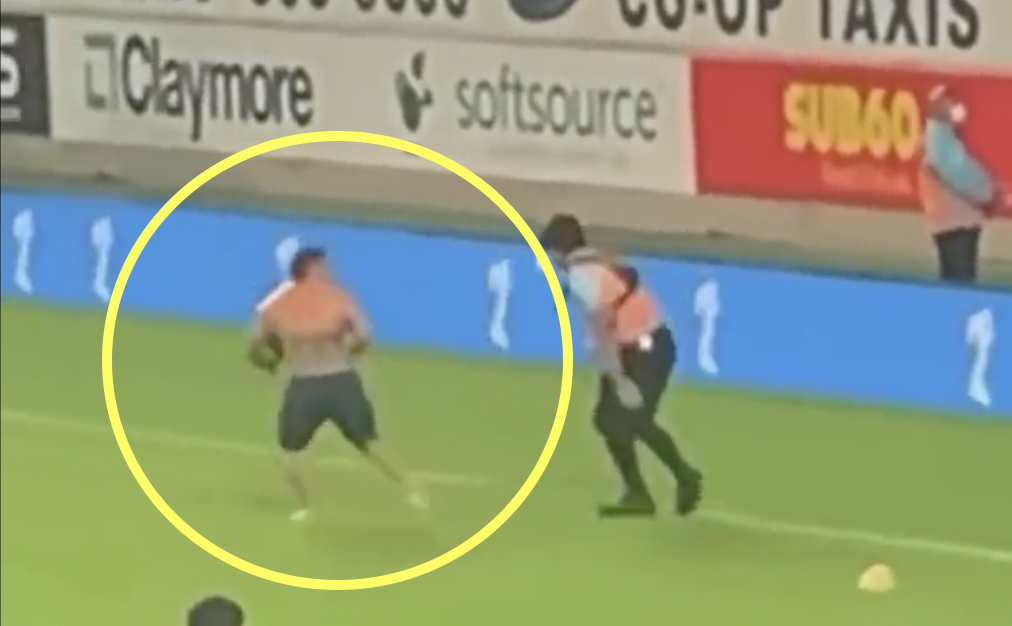 Match day stewards in New Zealand do not hold any prisoners, it is safe to conclude.

A few weeks after a Crusaders physio completely decked a pitch invader, the Eden Park security team tried to outdo their rivals when another invader made their way onto the pitch during the Blues’ match with the Rebels on Friday in Super Rugby Pacific.

The invader must have thought he had done pretty well when he avoided the clutches of the first steward, but he did not see the second coming, and he got absolutely creamed.

He was not the only that got absolutely pulverised, as the Rebels fell 71-28.

“We came out with a lot of energy and I was proud of that but we weren’t good enough,” Rebels captain Matt Philip told Stan Sport.

“I’m really disappointed because we were starting to build a lot of momentum in our season and I feel like we let a bit of that go tonight.”

“When we were in Aussie that wasn’t a performance that we wanted,” Blues skipper Dalton Papalii said.

“We came back here and got the job done but we’ve still got a lot to learn – we can’t start games like that so we’ve got to keep working to get better.”