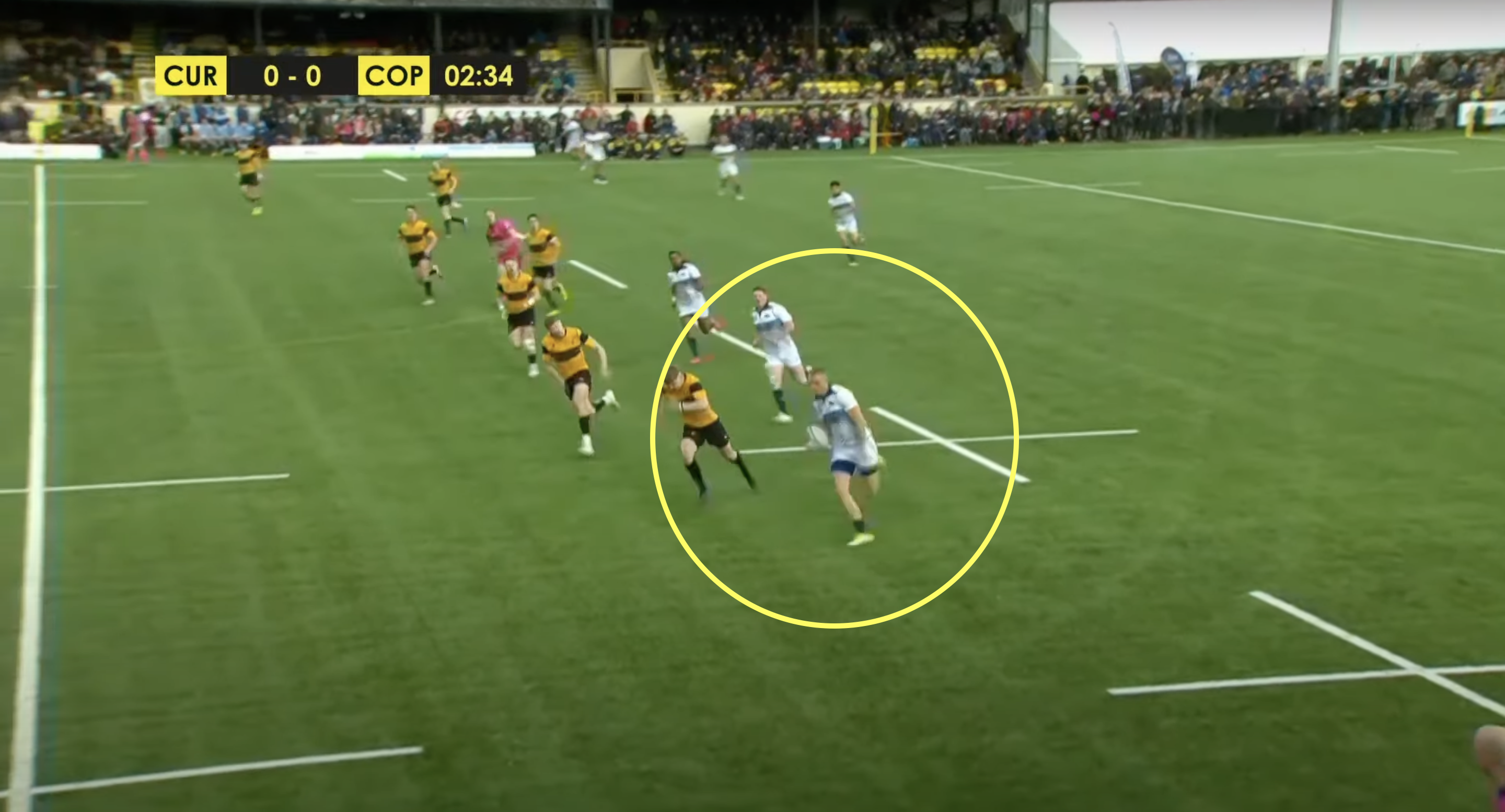 Edinburgh wing Freddie Owsley has some serious speed. The 25-year-old was in action at the Melrose Sevens last weekend and showed he has pace to burn.

The former Bristol Bears wing joined Edinburgh at the beginning of the season and has played twice, but showed what he is capable of at the sevens. A scorching try he scored has been shared on YouTube, although it is not necessarily a moment he will want to remember as it was chalked off and he was subsequently red carded for a previous tackle.

It was still an impressive try nevertheless from the former Bristol FC footballer.

This is his profile on Edinburgh’s website, which shows what an accomplished sportsman he is:

“The 6’4, 90.4kg wing/full-back – whose grandmother is from Govan – grew up in Bristol and trained with the south west arm of the Scottish Exiles out of Taunton while representing Bristol U18 as well as the academy talent identification set-up at Bristol City FC.

“As a teenager his career progressed to Bristol A and included an invite to try out for Great Britain students, both of which he had to turn down as the demands of a blossoming athletics career took hold.

“In a four-year spell away from rugby Owsley represented Great Britain U20 in the 200m, 400m, 4x100m and 4x400m and was crowned national 400m U20 Champion before earning a place in the British indoor and outdoor senior 200m final.

“He arrived in the Scottish capital with a strong sporting heritage – his sister Lily was a gold medallist with Team GB (hockey) at the 2016 Rio Games while great grandfather Duncan McPherson played left back for Queens Park in the 1920s.

“Freddie made his Edinburgh Rugby debut in January 2022, in spectacular style, scoring a brace of tries in Edinburgh’s 66-3 EPCR Challenge Cup victory against CA Brive.”