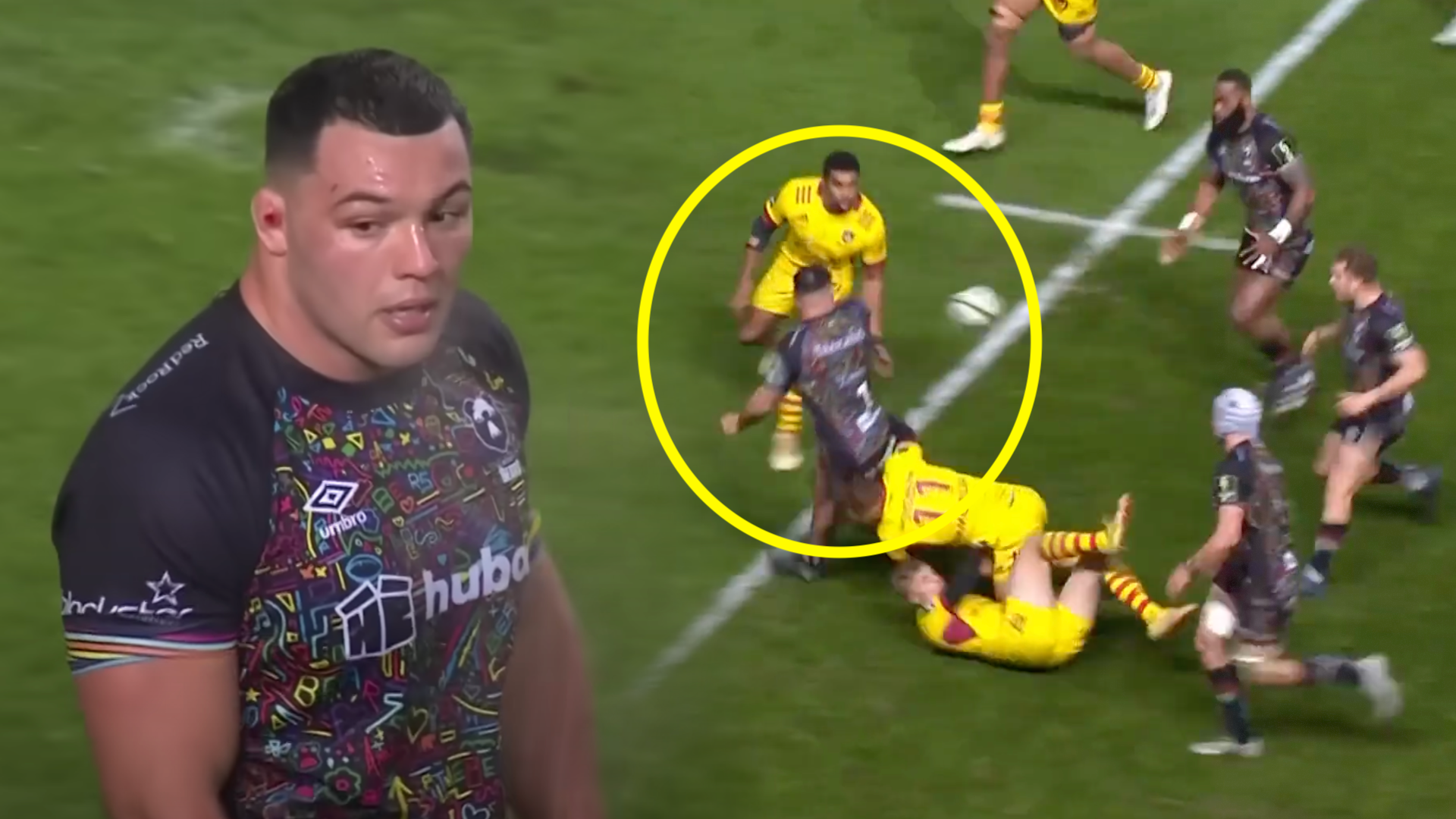 Ellis Genge and Semi Radradra combining is game over for defences

Ellis Genge is a pretty terrifying ball carrier, as is Semi Radradra, so when Bristol Bears actually made a move that combined the pair it basically signalled game over for the opposition.

That moment came against USA Perpignan in the Challenge Cup on Friday, where the Fijian centre was first receiver from a lineout, who then shipped the ball wide to Genge who had a group of backs to run into. The loosehead began to start throwing tacklers away for fun and trucking the ball up field before producing an offload to Radradra again, who passed to No8 Fitz Harding, who in turn put winger Ratu Naulago in for the try.

Genge already had one try in this match, and was instrumental in this one as Bristol came away 33-19 winners at Ashton Gate.

Despite being docked five points in this year’s Challenge Cup after fielding an ineligible player, they still earned themselves a home fixture in the round of 16, where they will take on ASM Clermont Auvergne.

In the meantime, Pat Lam and his side will hope to bring some of their European form to the Gallagher Premiership , where they sit at the foot of table. It is not an easy return to domestic action though, with a trip to table toppers Saracens this Saturday. Bristol will have to do it without Genge and his fellow England teammates as well, although Saracens will also be depleted.

Take a look at Genge and Radradra teaming up:

2 tries 🙌
This offload 🤩@EllisGenge was on fire tonight for the @BristolBears!