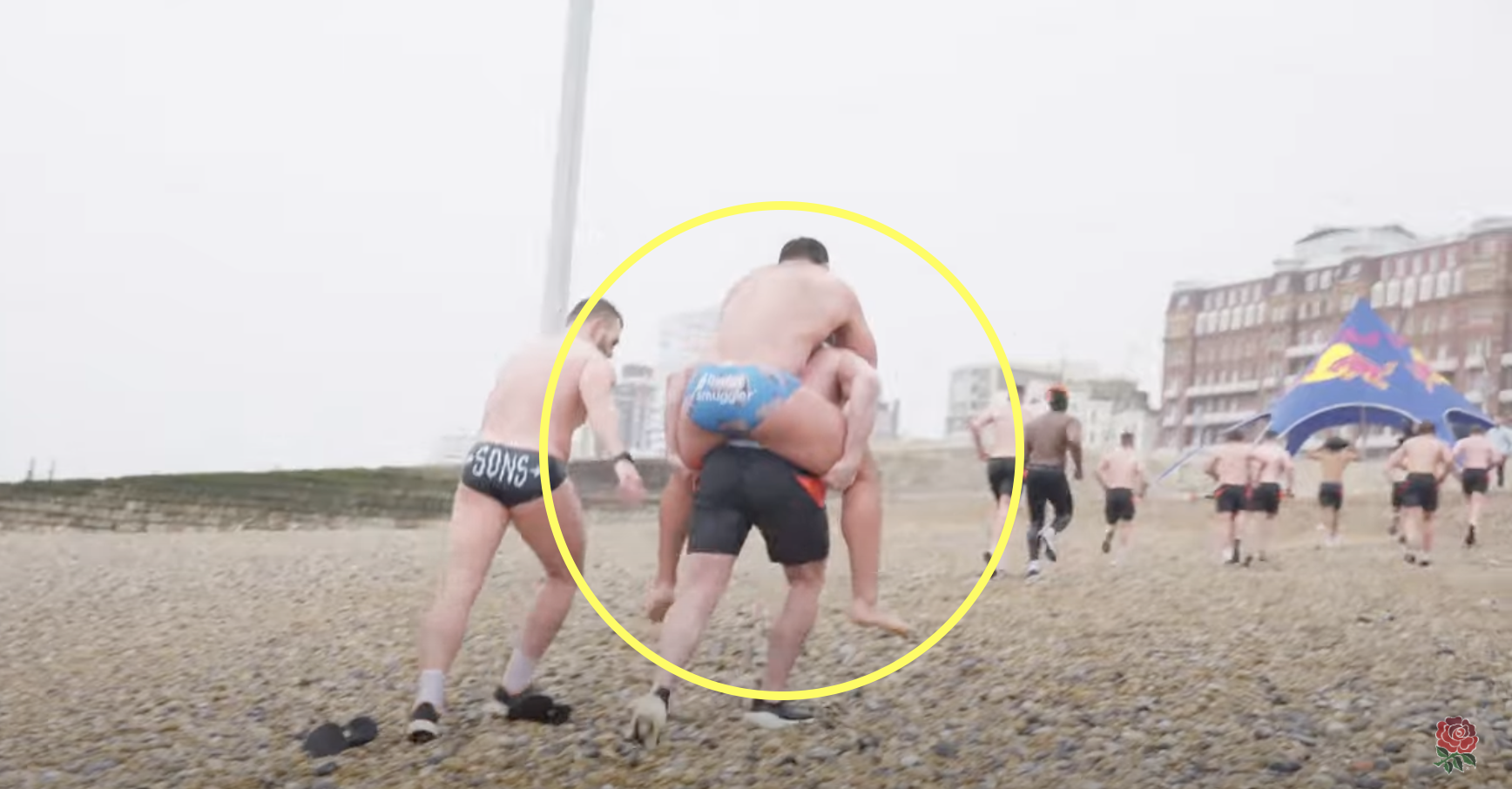 In the latest episode of England’s Inside Line- The Next Level the players were set what looked like a gruelling challenge on Brighton beach.

The challenge seemed to entail teams transporting sandbags from one end of the beach to another, before taking them out to sea and back again. This task looked hard enough for the players, particularly as it was in the height of winter, but Ellis Genge only made it harder for himself by deciding to do the entire challenge in Speedos.

While all the other players were kitted out in shorts and t shirts, the loosehead prop stuck out like a sore thumb, dressed like it was the middle of July. In all fairness, he was joined by his fellow front row, hooker Luke Cowan-Dickie, in the same attire, but the Exeter Chiefs man wisely wore trainers on the pebbled beach. Consequently, Tom Curry actually had to give his 117kg teammate a piggy-back to their base.

Genge was one of the 29 players that were retained by Eddie Jones for the Calcutta Cup this Saturday at Murrayfield.