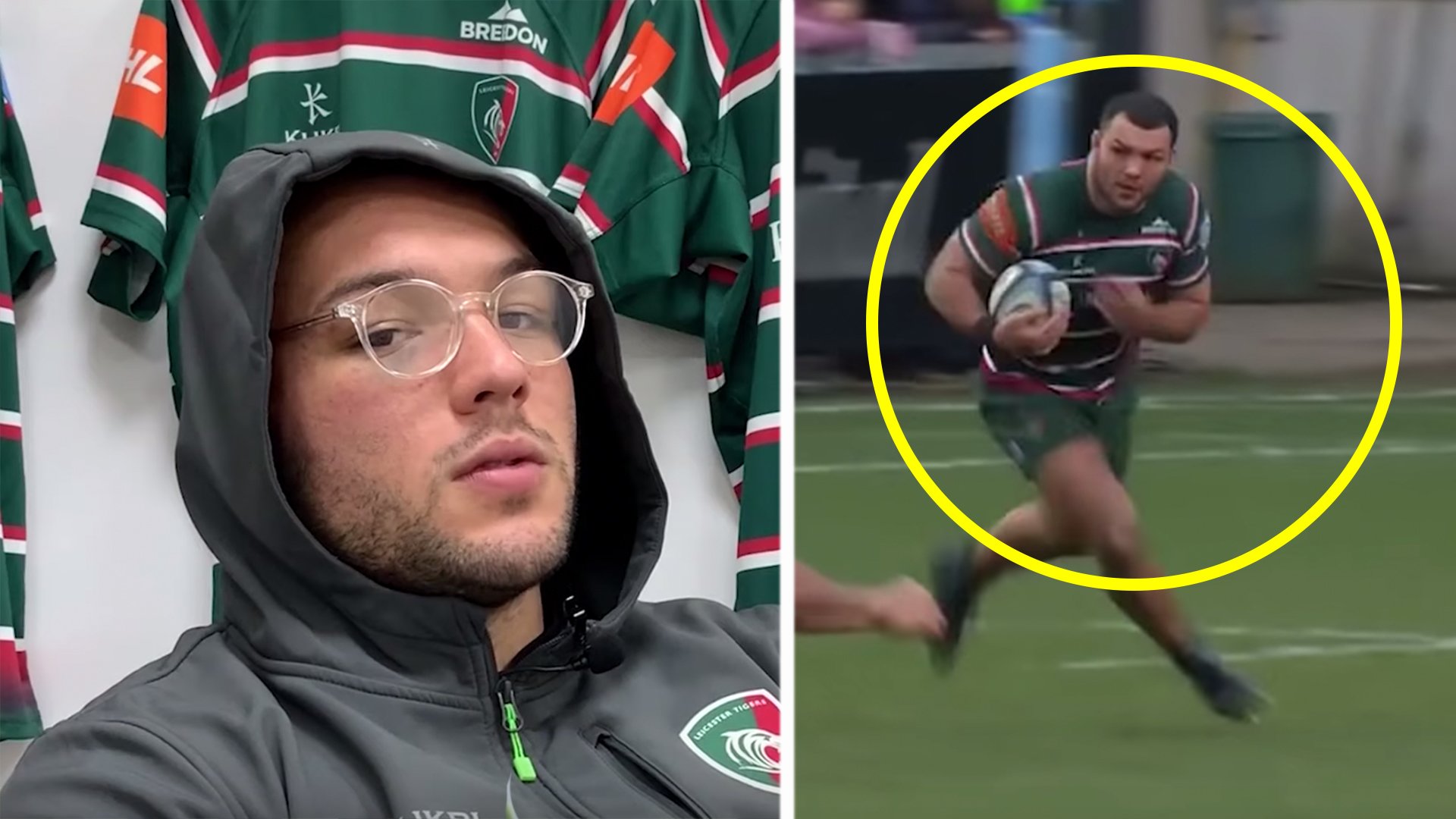 English youngster Ellis Genge reminded rugby fans why he was nicknamed the Baby Rhino this weekend, with a bulldozing performance over the past couple of week.

The 24-year-old Leicester Tigers front row was nicknamed the Baby Rhino by a commentator back in 2017 for his explosive performances.

Ever since then, he has been given this nickname, and he lived up to it this month, with a truly devastating performance for Tigers.

Recently, Ellis Genge has been embroiled in speculation about his future at rugby, with claims that he would move to Bristol Bears so he could be nearer to his family…

He recently spoke about why he decided to stay at Leicester in a very frank interview!

In somewhat of a funny coincidence, one of Genge’s strongest performances in a long time came in his performance against the team that wanted to sign him.

In the game against Bristol Bears, that Leicester won, Genge was truly like a Baby Rhino, bouncing everybody in his path out of the way.

28-year-old Bristol back row Steve Luatua was on the receiving end of some monster hits from the Prop, who will be hoping to feature for England in 2020 Six Nations

In recent times, since he has suffered with an injury, many may have wondered if he still has the power and explosion that he once had when he emerged on the scene as a 22-year-old youngster. This clip certainly proves that he is still very powerful.

In an age where props are becoming increasingly more powerful, Genge is a perfect example of this, being powerful, pacey and more importanly be fit enough to last a whole game if needs be.

The age of old where props would scrum and then have a breather seems to be well and truly over.

Here is the video of the Baby Rhino earning his nickname this month, so many massive hits!