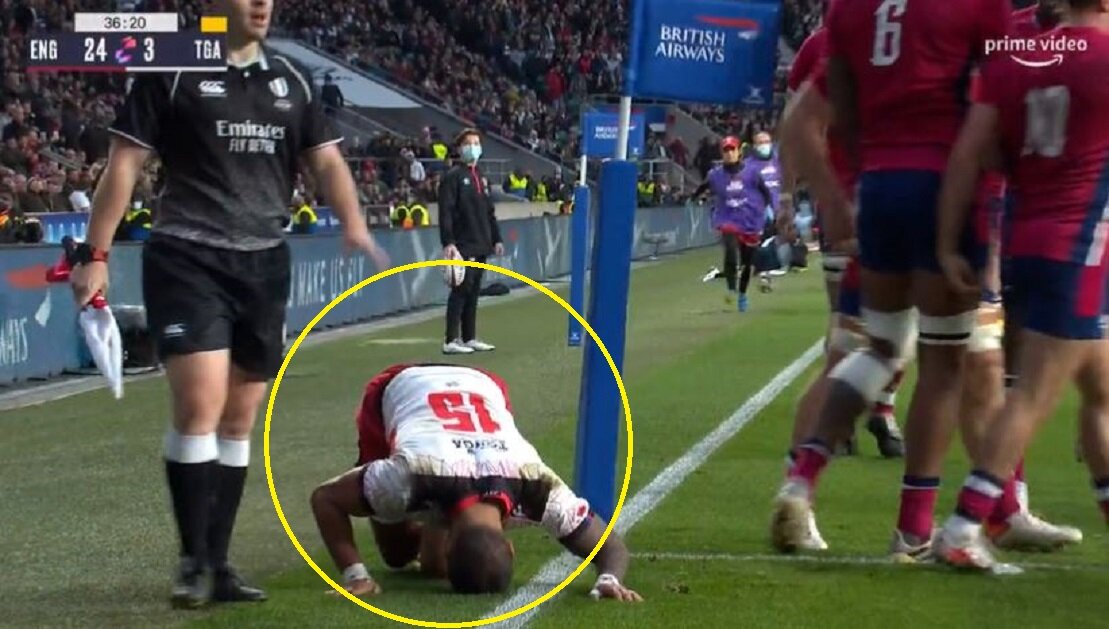 Courtney Lawes – who was captaining England – has made the greatest try saving time ever recorded against Tonga in Twickers.

Born just a stone’s throw from Saints’ home ground, Lawes is the club’s second-longest serving player having made his debut back in October 2007.

After reaching the Junior World Championship final with England under-20s in 2009, he would go on to make his senior debut in that year’s Autumn Internationals, and has since made 65 appearances for the Red Rose.

Following back-to-back Grand Slam triumphs with England, Lawes was named in the 2017 British and Irish Lions squad for the tour of New Zealand, where he made two Test appearances.

The Saints Academy graduate helped the men in Black, Green and Gold lift the LV= Cup in 2010 and the European Challenge Cup in 2011, before playing an integral role in both the 2014 Premiership and Challenge Cup victories.

Look at this tackle for goodness sake!

Jones said before the game: “As Owen is unavailable to us, we’ve made these changes to the team to face Tonga today.

“It’s a great chance for the team to see how we adapt to challenges and keep focused on preparing for a big game. We can’t wait to play in front of a full crowd at Twickenham.”