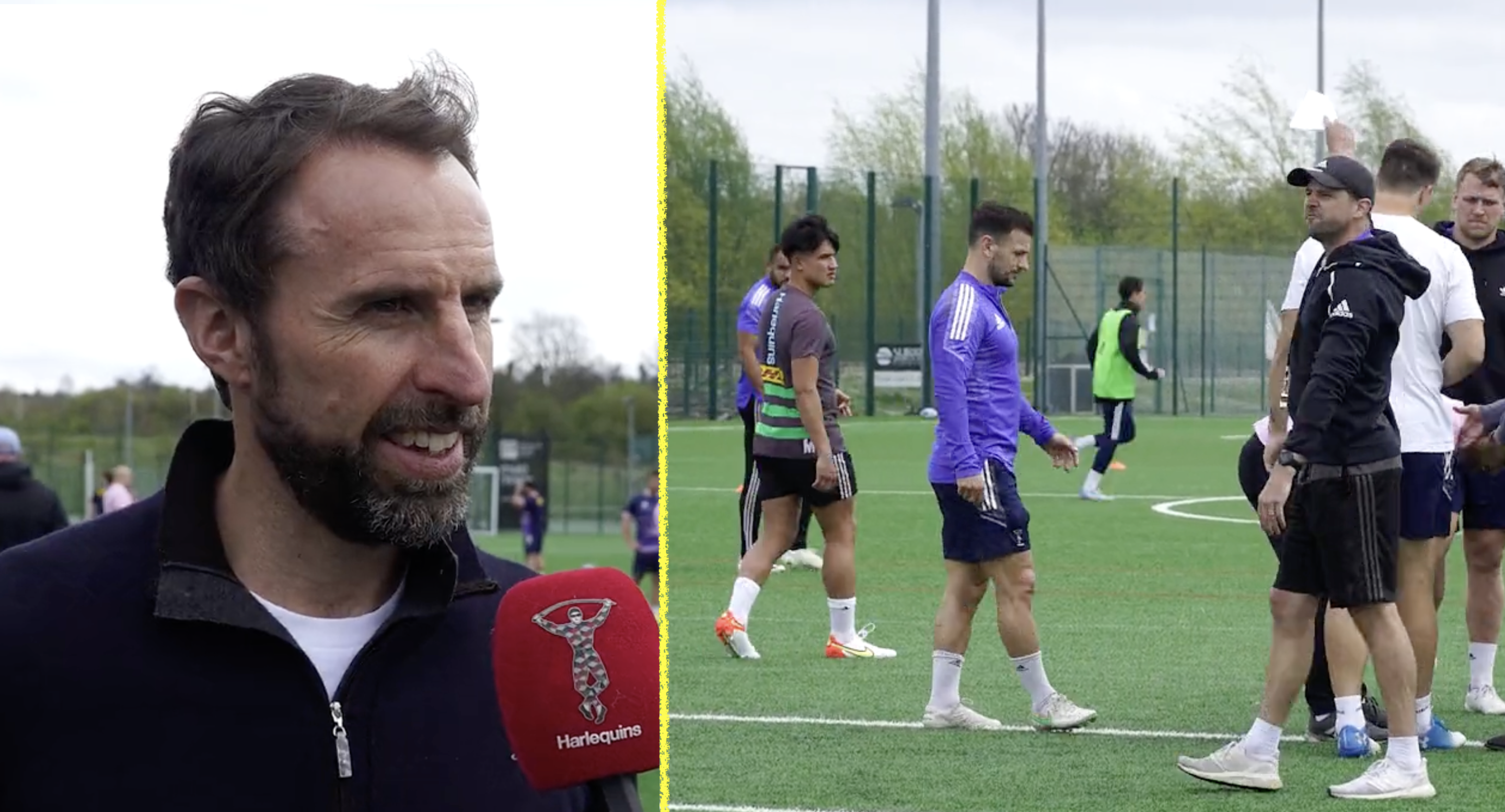 Ahead of Harlequins’ crunch game against Montpellier this Saturday in the Heineken Champions Cup, where they seek to overturn a 14-point first leg deficit, they have been joined by England football manager Gareth Southgate.

The Gallagher Premiership champions fell to Montpellier 40-26 at the GGL Stadium on Sunday, and now have the task of turning that deficit around at the Stoop at the weekend if they want to progress to the Champions Cup quarter finals.

In what is a relatively new concept in European rugby, Southgate imparted some wisdom as to how Quins should go about this week leading up to the second leg, having had plenty of experience throughout his playing career.

“The first thing is, I think everyone here seems pretty clear on why the first leg went as it did,” he said. “So that honest review is important.

“There’s clear belief that they can turn that around as well and a clear understanding of how they need to go about that happening.

“So I think the fascinating thing is you’ve got a week to live with the last result and making sure you emotionally move on from that. Everybody’s clear that this game will have ebbs and flows, and the 14 points might be more at one point and the aim is for it to be less. The discussions that I’ve seen today have set the week up really well.

“There’s a comfort at being at home. You won’t win games just because you’re at home because you’ve got to play well and you’ve got to put everything in place. But home does help, there’s a familiarity to the build up of games, there’s the feel of your own support. There’s the negativity that the away team feel because of the reverse of those things. And it can be a huge advantage if the crowd are really behind the team and urging them forward. You get an extra discretionary effort that really drives the result.”

Not every day you get to interview and spend the day with the England gaffer. What a top man. Southgate you’re the one… 🎶 It’s coming home ⚽️ @England pic.twitter.com/yAFGbQxY6A

Take a look at his interview:

🏴󠁧󠁢󠁥󠁮󠁧󠁿 Gareth Southgate & @dannycare on an amazing day at our training base.

🃏 We even got the @England Manager’s thoughts on our 2nd leg against Montpellier and how much of an impact home advantage can bring. #COYQ pic.twitter.com/f06sSfZTEX