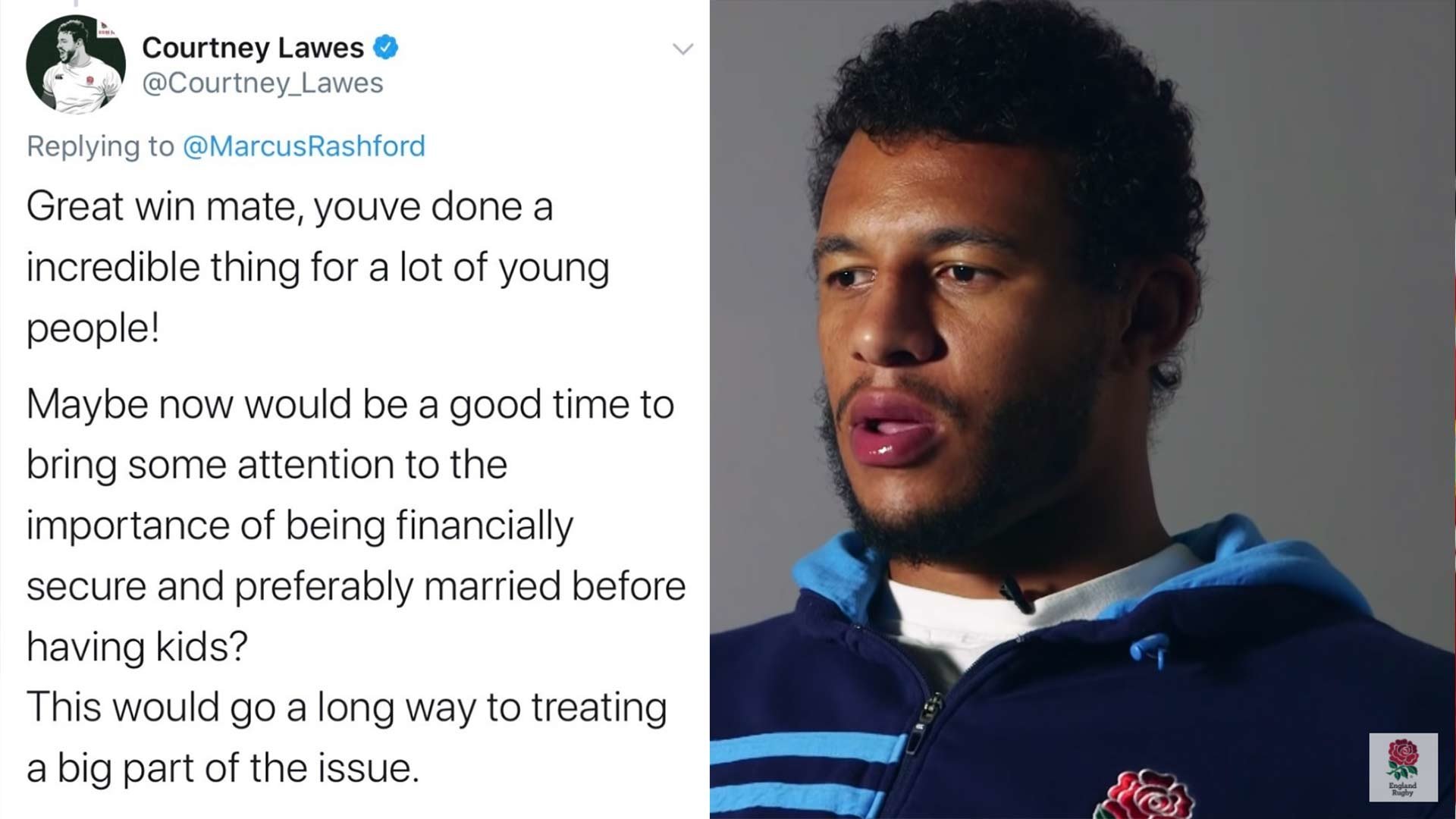 Rugby fans and social media users alike have emphatically rebuked the England lock Courtney Lawes for what he said about the campaign that the Man Utd forward ran.

The England lock reportedly responded to a tweet that England and Manchester United striker made earlier today.

Rashford recently campaigned for the government to extend their Free School Voucher scheme, a scheme which Rashford says greatly benefited him when he was younger.

About 1.3 million children in England will be able to claim free school meal vouchers during the holidays, after a campaign by footballer Marcus Rashford.

The footballer tweeted this after he found out the government would extend the scheme.

I don’t even know what to say.
Just look at what we can do when we come together, THIS is England in 2020.

Courntey Lawes is rumoured to have tweeted his own response to this saying, “Great win mate, you’ve done an incredible thing for a lot of young people. Maybe now be a good time to bring some attention to the importance of being financially available secure and preferably married before having kids? This would go a long way to treating a big part of the issue.”

The Northampton lock was instantly flooded by a flood of tweets and messages from users on the platform criticizing him for what he said.

Here are some of them below.

Courtney Lawes’ bullshit should be no surprise given his track record. Bottled it and hit delete now I see pic.twitter.com/T9mb57lXFK

Is Courtney Lawes gunning for a post life career as a right wing troll?

Hi Courtney, I'm really interested to know – how do you become immune from losing your income after you have children? Is there a form I should have filled out that guaranteed I'd never be made redundant during a massive pandemic and subsequent recession?

The 32-year-old quickly deleted the original tweet, however he continued to engage with users on the platform about the issue.

When one user said that he had the same views as Katie Hopkins, he responded by saying, “Thanks mate! Haha wasn’t aiming to offend anyone. It was clearly just a suggestion that I genuinely thought could help. Looks like I was wrong”.

This is not the first time Courtney Lawes has seen controversy online.

In December of last year, the lock got into a spat with Squidge Rugby about another issue.

Lawes has made a name for himself in rugby for his massive hits.

The video below shows just how big his tackles are.

This looks like it will be a big topic online over the next few hours, so we will be updating this piece as more information comes in about the response to Lawes and this drama surrounding him.