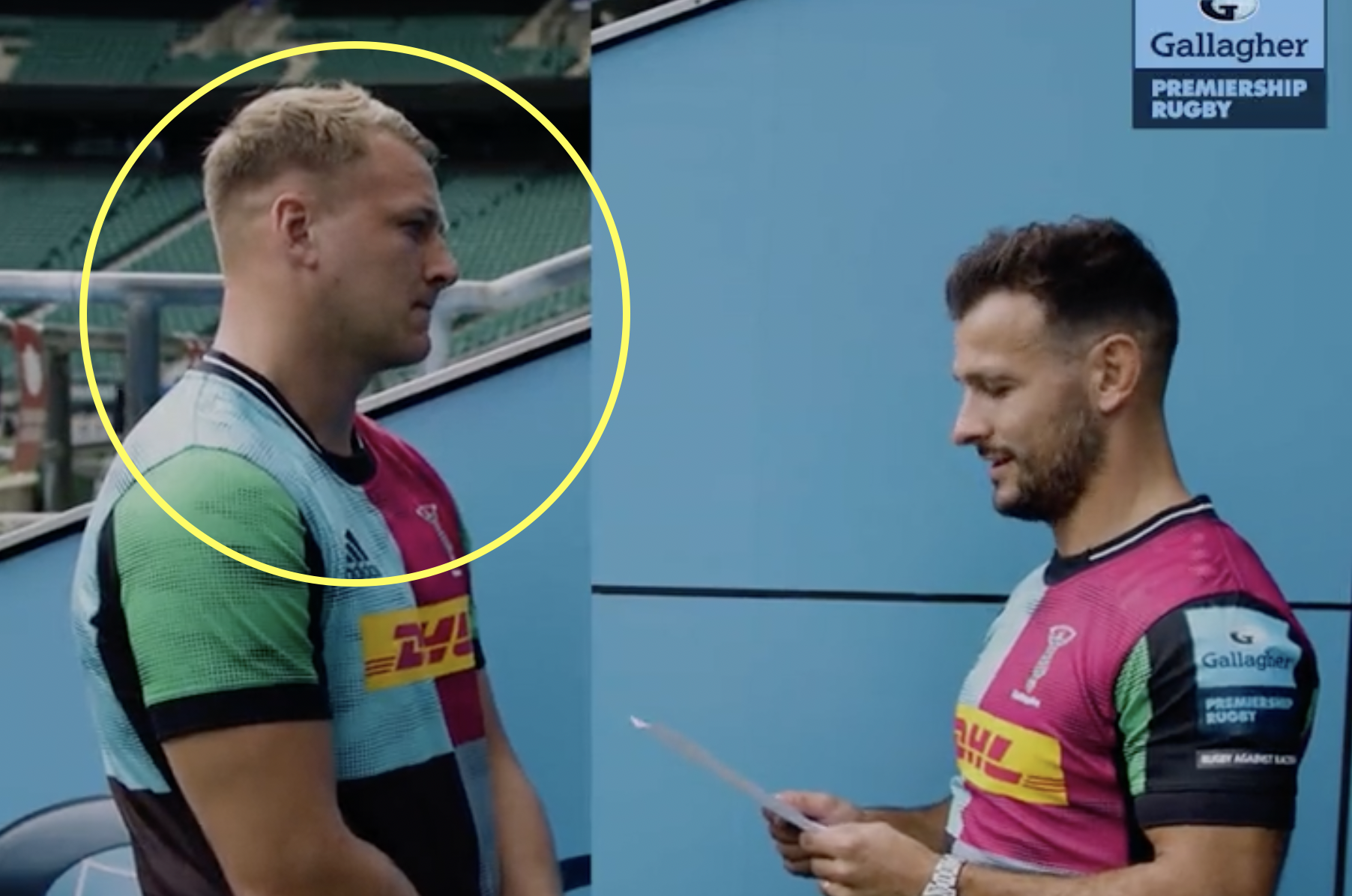 England No8 crumbles under pressure of latest challenge

As it is April Fool’s Day, Premiership Rugby decided to put some players to the test with the ‘Try Not to Laugh Challenge’.

The challenge is fairly self explanatory, a player is read out jokes and they have to try not to laugh. Harlequins and England No8 Alex Dombrandt and Bristol Bears prop Joe Joyce were the two players, and they were read out jokes by teammates Danny Care and Charles Piutau.

The jokes on display were: “Where is the best place in America to buy rugby kits? New Jersey.

“My wife just found out that I’ve replaced our bed with a trampoline. She hit the roof.

“I used to be addicted to the hokey cokey, but thankfully, I turned myself around.

“The other day I asked the banker to check my balance, so he tried to push me over.

“I refused to believe the road worker was stealing from his job, but when I went to his house, all the signs were there.

“Why did the old man fall in the well? Because he couldn’t see that well.”

Well Dombrandt did not fare too well, and actually succumbed to the pressure before the punchline of one joke was even read out.

#AprilFoolsDay Try Not to Laugh Challenge 🤣