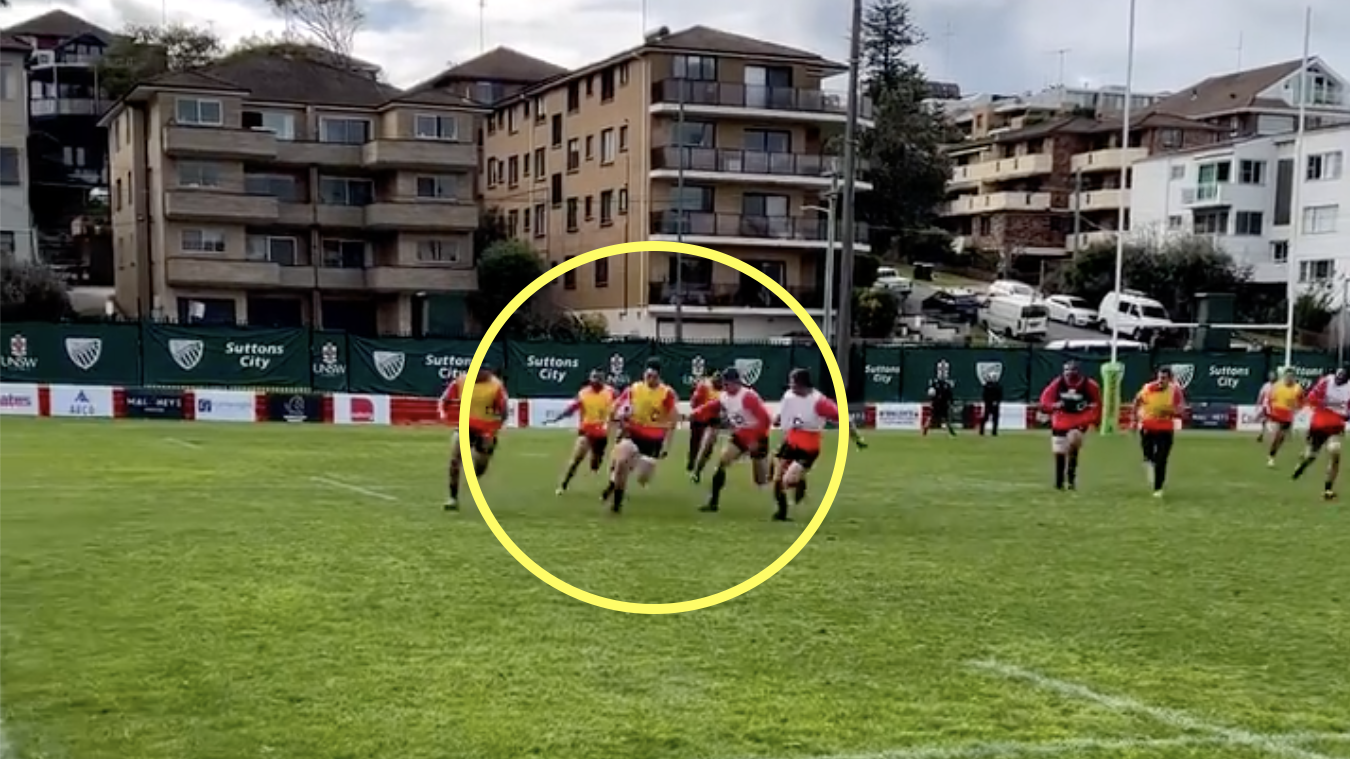 Going into the first match of the Test series between England and Australia this year, there was a lot of Henry Arundell, who had been named on the bench by Eddie Jones ahead of the Perth Test.

The 19-year-old had quickly produced a highlights reel of some stunning tries and runs for London Irish this year, but many thought that he would just be taken to Australia for experience, as he was after all named an ‘apprentice player.’

However, he made his way into the matchday squad partly due to a fabled run in training that seemed to stun his teammates and coaches.

“Henry scored… how long is the field, 100 metres? He scored a 90-metre try at training on Wednesday. There were a few, I won’t use the expletives, ‘he’s fast!’ heard,” Jones said ahead of the first Test.

“We had a number of coaches from different sports watching and they heard this comment.

“He scored a try not many other players in the world would have scored. It was like a try Bryan Habana used to score – one of those.

“He could be a very good player but he’s got a long way to go. We feel like if he continues his development and we’re able to give him some game time on this tour, by the World Cup he could be a significant player.”

Lock Jonny Hill also said: “I was stood in the other 22. It was crazy. I asked him what he thought he was, percentage-wise for running speed and he said 85-90.

“He rounded a couple of lads – Mako Vunipola and Will Stuart, I think it was! No, I think was some back-three lads.

“It was very impressive. He’s a proper rock star, isn’t he? I’m sure he’s going to have a big future.”

Well it looks as though England have shared that footage of that run with their followers on social media today. The fullback does not actually score a try in the clip, meaning there could have actually been another run like this, but it is hugely impressive nevertheless. If this is not the try that earned him his selection, fans will be desperate to see it.

It only took Arundell seconds to impress once he had made his debut, as he scored in incredible solo try with his first touch in Test rugby.

Take a look at the training run: