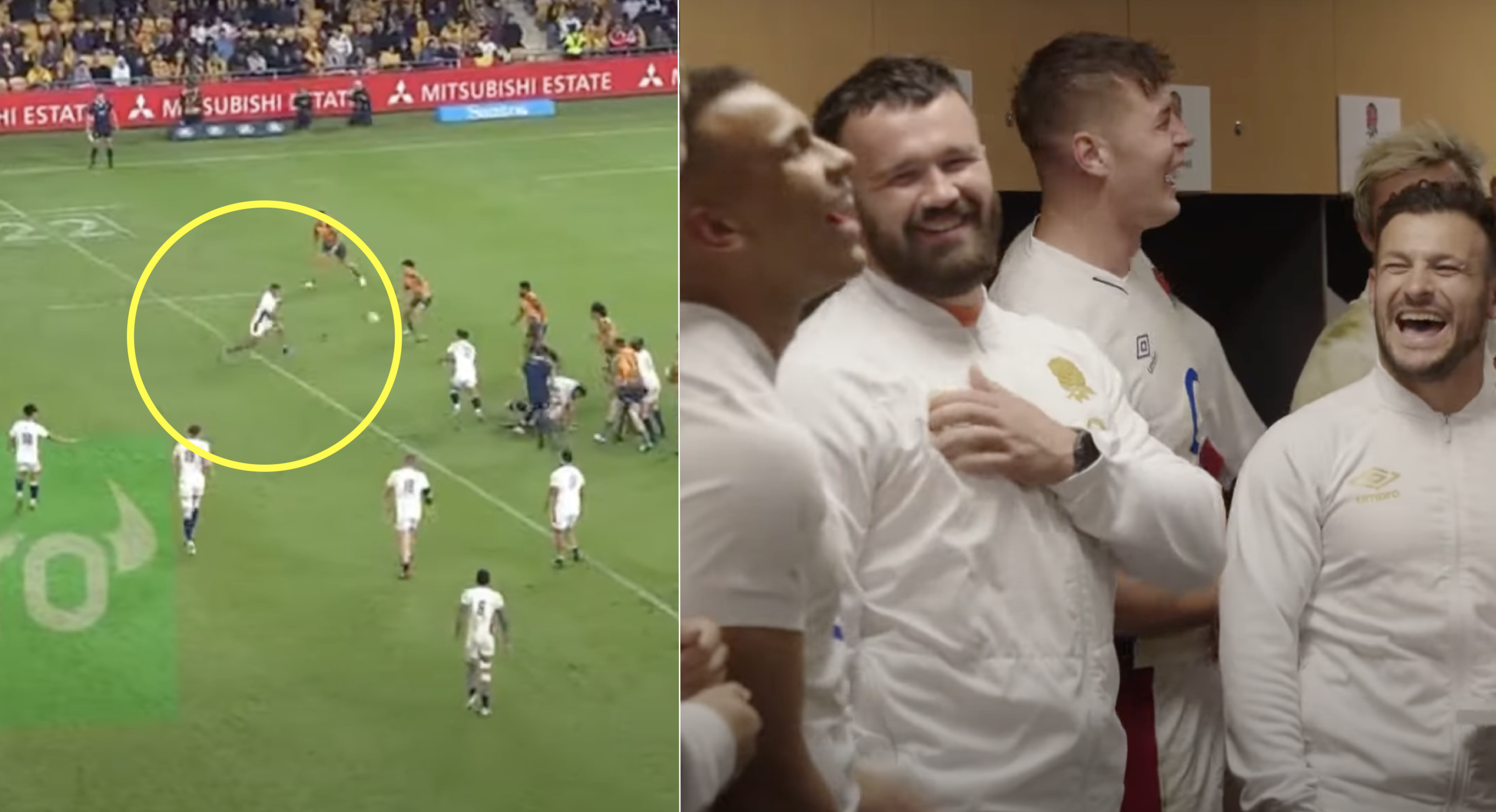 When London Irish centre Will Joseph saw his club teammate Henry Arundell score a sensational try in his first ever touch in Test rugby for England against Australia in the first Test, he was probably hoping his first touch would be the same a week later.

The 19-year-old came off the bench in Brisbane at a similar time to Arundell the week before, and was given the opportunity to crash the ball up off scrum-half Danny Care in the final minute of the match.

Taking the ball at pace, Joseph clattered into Wallabies hooker Folau Fainga’a, was was able to slow him down before Pete Samu was able to deliver the coup de grace and cannon the teenager backwards onto the floor. To make matters worse, he was then penalised for holding on. As far as first touches go, this was not a great one.

The Exiles star was probably hoping that his carry was not picked up and no one noticed it. Unfortunately for him, it was the very opposite.

In the latest episode of O2 Inside Line: The Next Level Down Under, England gave a glimpse of the changing room after the match, where Care presented Joseph with his first England cap, not before mentioning that first carry though.

Care said: “Will, love your energy mate, especially that carry,” before the entire squad started laughing, Joseph included. He went on: “But you’ve been an absolute joy to be around, I’m pretty confident this will be the first of many, many England caps for you. Unbelievable what you’ve done for a 19-year-old mate, can’t wait to see the rest of your career.”

The England squad for the series decider in Sydney on Saturday will be named tomorrow with both sides having to overcome a raft of injuries.