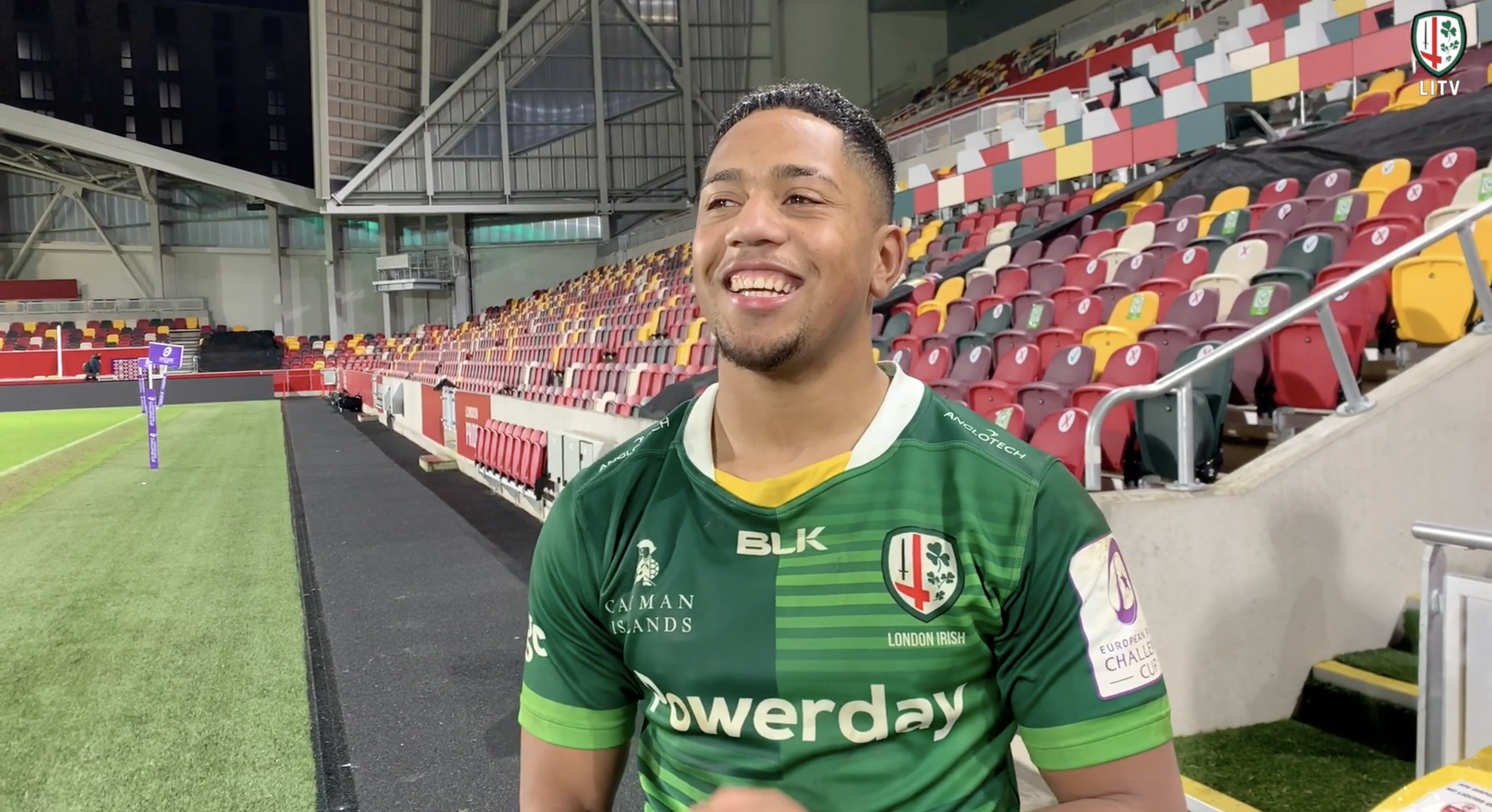 Leicester Tigers have announced today the signing of Phil Cokanasiga, the younger brother of England and Bath winger Joe.

The 20-year-old centre will arrive from London Irish, Joe’s original club, at the end of the season, and Leicester head coach Steve Borthwick has said he will bring “great power, speed and excellent footwork.”

Cokanasiga said after the signing was announced: “Everybody knows how big Leicester Tigers is as a club and where things are going, how they are improving, it is something that is exciting to be able to a part of.

“In my first chat with Steve Borthwick, he was really direct and kept it really simple and I appreciate that.

“I see myself as a ball carrier first and, with Fijian blood, I have been blessed with a bit of footwork, so I want to be able to add to the team with that and more.

“I just want to contribute however I can and I am excited about the chance.”

Phil is a slightly different player to Joe, and does not boast the 112kg frame the Bath man does. Then again, standing at 183cm and 97kg, he certainly packs a punch in the midfield and has impressed at the Exiles since making his debut in the 2019/20 campaign.

This signing was announced as part of a bumper day for the Tigers, with the arrival of James Cronin from Biarritz also being announced alongside the contract extensions of Chris Ashton, Sean Jansen, Kini Murimurivalu, Harry Simmons and Richard Wigglesworth. Borthwick said: “It is great to be able to agree new deals with all of these players and have them recommit to Leicester Tigers.

“They have all been a part of these early stages in this journey and I am sure our supporters are pleased to see these new deals announced.

“We have made great strides in the past 18 months but still have a lot of growth in us and a lot of hard work ahead, which each of these players is committed to.

“It is fantastic that they will continue to be a part of what we are building at Leicester Tigers.”