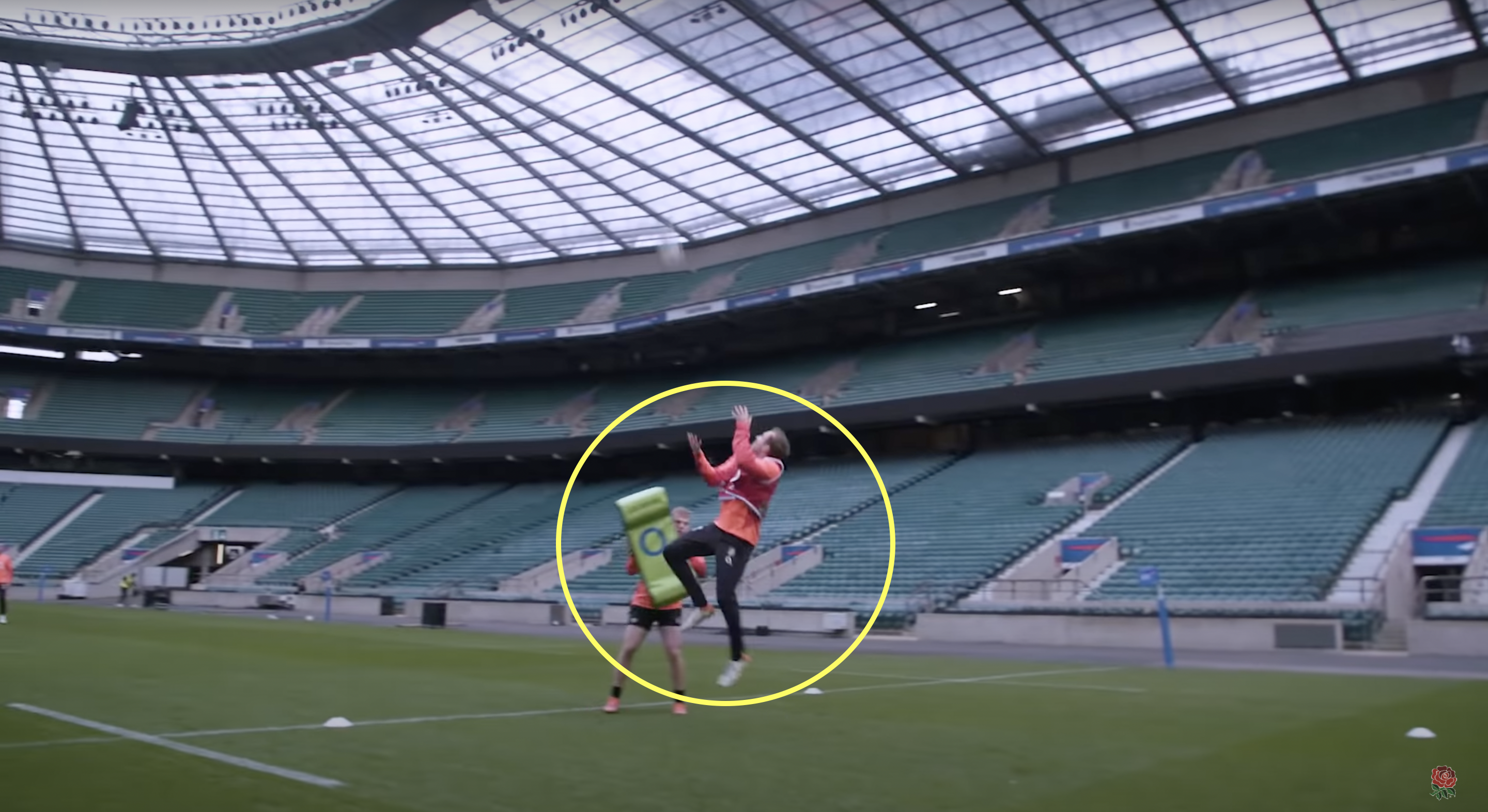 There was a theme England’s recent o2 Inisde Line- The Next Level episode in the build up to the Wales match, and that was Eddie Jones has nightmares over how his side have come out second best against Wales in recent matches in the aerial battle.

A huge segment of the episode was devoted to showing how England are trying to improve their superiority under the high ball. That ranges from working with former AFL player and coach and current member of the England back room staff Neil Craig, working on jumping power with strength and conditioning coach Tom Tombleson or pinpointing Wales’ threats like Liam Williams and Josh Adams with analyst Carwyn Morgan.

Winger Max Malins was the player in focus in this episode, as he went through how he is working on improve his game under the high ball. The work certainly paid off at Twickenham, as the Saracen was able to nullify Wales’ threat with an assured aerial performance.

The 25-year-old also explained the work he is doing with Craig, and how that is helping his game:

“We’re doing a lot of work at the minute around our body language under the high ball and how we attack the ball in the air,” he said. “A lot of that comes from giving ourselves time away from the ball to get to it and then get a good leap up because sometimes if you get caught up under the high ball your jump isn’t so efficient. So we’ve worked on with Craigy about giving ourselves time to make sure we can really attack the ball and essentially catch the ball as high as we can.

“He’s shown a few clips from AFL and how they attack the ball and you can tell as soon as the ball goes in the air their body language, their positivity around it, how aggressive they are.

“I didn’t know too much about Neil Craig beforehand, but he has a massive AFL background, so he’s been particularly helpful with me especially around my high ball stuff because that’s a big part of the game in AFL, so I’ve been working with him one on one under the high ball and a bit of kicking practice with him as well. So he’s been really helpful to have in camp.”