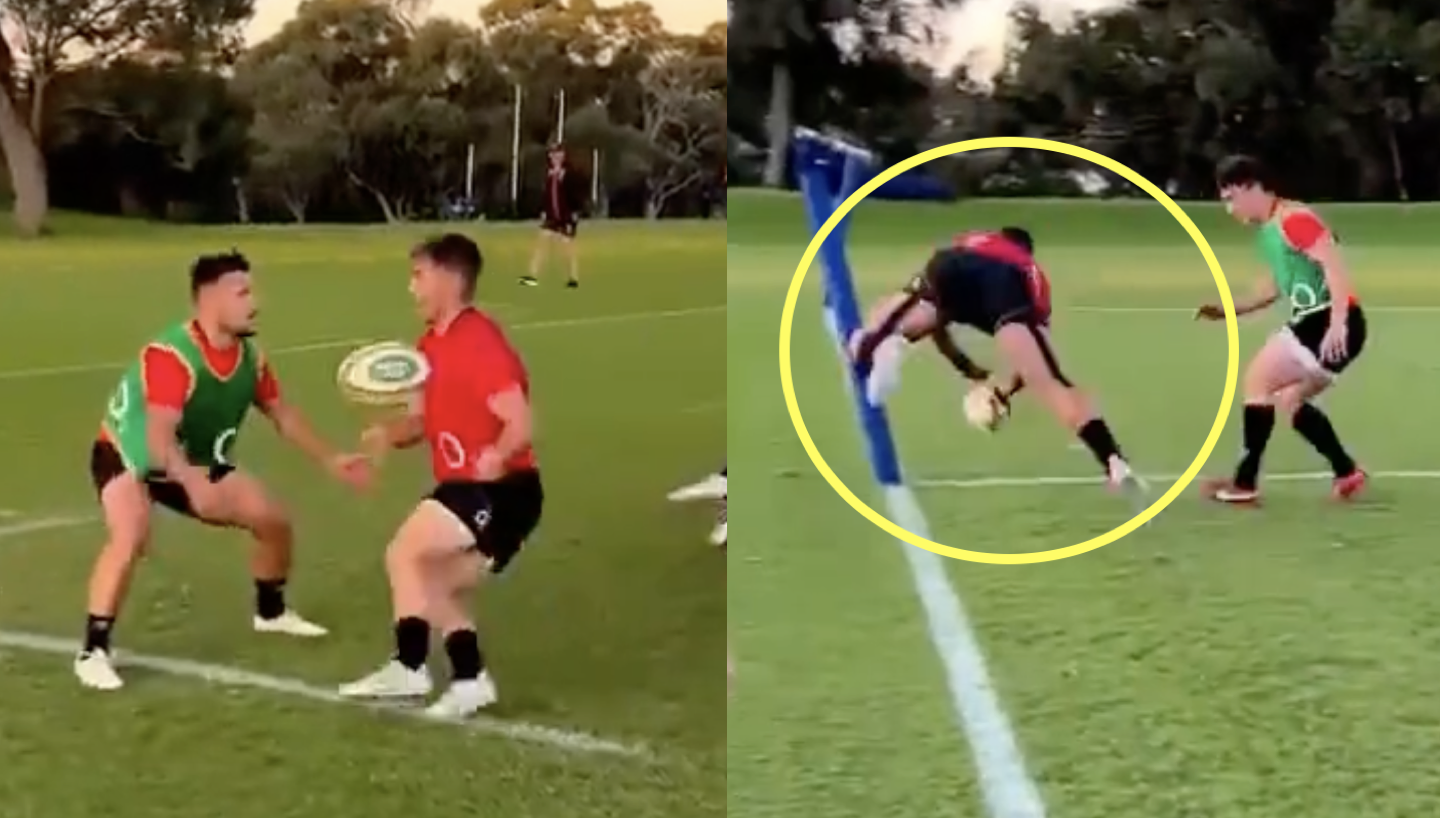 Despite only being in Australia for a week, England winger Joe Cokanasiga has clearly been inspired by the NRL judging by some of his finishing that has been caught on film this week.

The 6ft 4in winger was seen pulling off a diving one-handed finish in the corner during an England training session in Perth this week- a style that is popularised by wingers in the NRL.

The move came from a maul, where scrum-half Harry Randall attacked the blind side and popped the ball up to the Bath winger, who looks to have raced round from the open side with a narrow channel to score in the corner.

This could be an indication of Eddie Jones’ starting XV against the Wallabies next Saturday, although a lot could happen between now and then.

Jones comes into this series under a lot of pressure after a disappointing Six Nations and a loss to the Barbarians last week. However, former Australia captain George Gregan, who worked under Jones when he was Wallabies coach, has spoken very highly of his compatriot this week.

“I loved playing with Eddie, he was a great coach,” the former scrum-half said.

“He’s a person who is prepared and has the courage to do things differently – not necessarily follow the norm and whatever the trend is in terms of the way the game’s being played, that takes courage.

“But it also takes a lot of convincing of the group and the people around you to go in that direction, which he does.

“He’s incredibly thorough and meticulous in his planning. What he also does is really empower his team to take ownership of what they do on the field and I think that’s a sign of a really, really good coach, hence he’s had success pretty much everywhere he’s coached.

“Eddie is very good under pressure in terms of identifying what needs to be done and really putting in place a focused plan and getting people to buy into it and working hard towards that.

“It can be a lonely place being a head coach, I think in all sports, it’s not easy.

“He will try to do things a little bit different just to get that little edge and create the best possible environment for his players and coaches to perform. That to me is Eddie in a nutshell.”

Take a look at Cokanasiga’s finish: