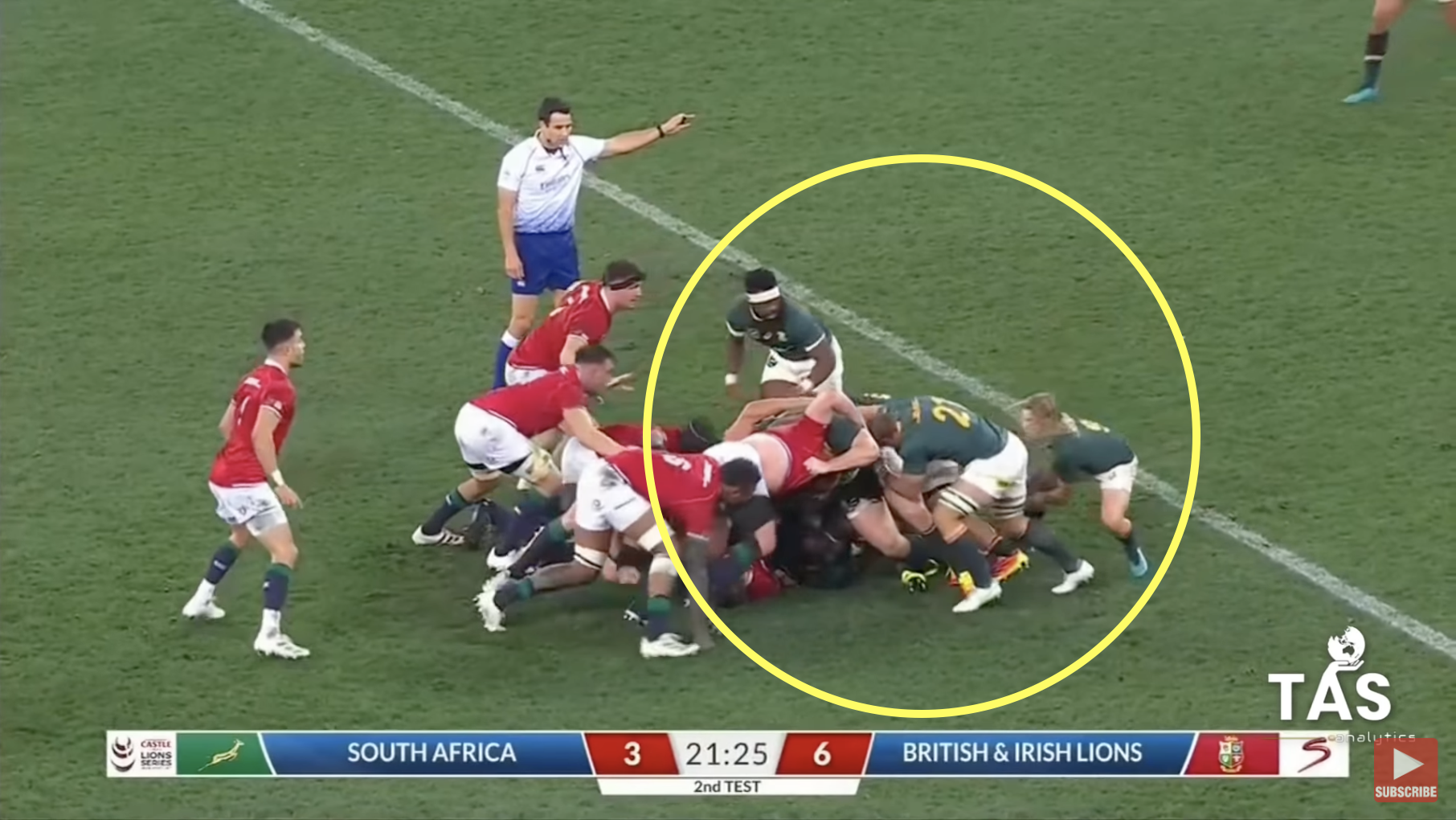 A campaign should be underway by now to have the Springboks scrum listed as the eighth wonder of the world after they tore apart all before them in 2021.

After a year out of rugby in 2020, South Africa returned with a vengeance and were every bit as powerful as they were when they left off in 2019, if not more fearsome. The Bok scrum seemed to make light work of most packs they faced this year and TAS Analytics has compiled a video of their most dominant scrums.

It did not matter who the opponent was, as Jacques Nienaber’s eight, and of course the Bomb Squad, were brutal at times. The second Test against the British & Irish Lions may live long in the memory of many Bok fans as the dominance up front ultimately laid the platform for the series win. Despite a few subdued performances, South Africa more or less maintained that level of intensity throughout the year, which is why they ended as world number ones.

In terms of the scrum and set piece, the Boks are the outfit that all other sides will be trying to emulate going into 2022.

Despite a long international season, many Springboks are returning for their clubs this weekend in the United Rugby Championship, particularly for the Cell C Sharks, who take on the Vodacom Bulls tomorrow. Bongi Mbonambi, Siya Kolisi, Lukhanyo Am and Makazole Mapimpi all return for the South African derby.