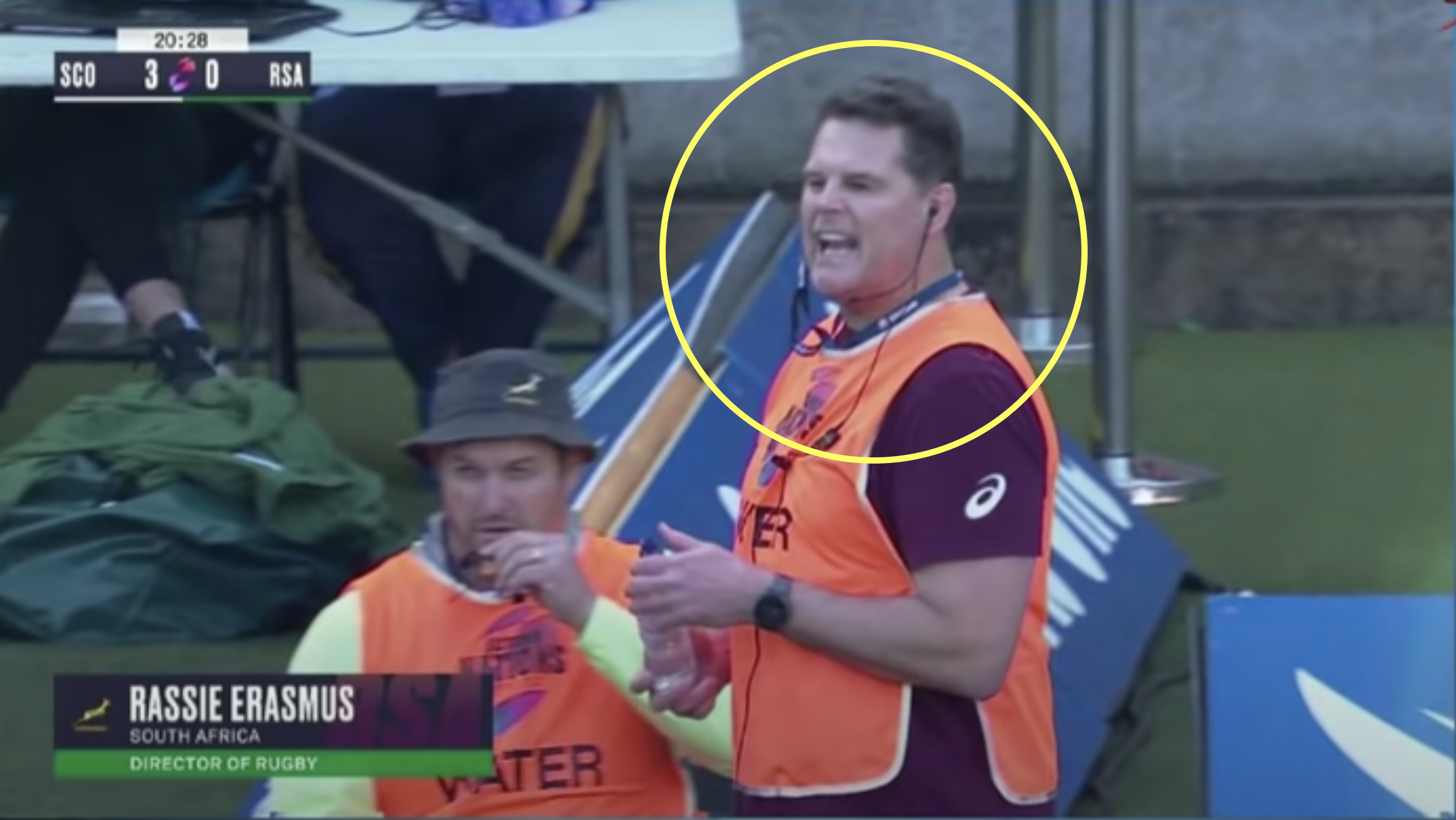 There seems to be a common alcohol-based theme running through Rassie Erasmus’ social media content since he picked up his ban last week.

The Springboks director of rugby has continued that theme today, sharing two videos that are getting increasingly cryptic. The videos seem to be getting stranger and stranger, which could potentially have something to do with the quantity of booze being consumed. The second video in particular is most bizarre, as it shows two shots alongside the invitation in XiTsonga for Wallabies head coach Dave Rennie to join him.

This invitation could be a result of Rennie’s criticism of the decision to show his No8 Rob Valetini a red card on Saturday against Wales.

“I make a real point not to criticise referees and we hand reports in and seek a bit of clarity around things,” Rennie said after the match. “But we did that after the Scotland game, got a lot of apologies during the week in a game that was a two-point ball game and the same TMO who made a massive decision in that game as well.

“I just think our boys deserve better than that and that’s the reason why I spoke up after the game.

“It’s not going to help us getting apologies during the week, the game’s gone.”

Another coach who has not been afraid to share his opinion on the officials is Erasmus himself, so this drink may be because he sees Rennie as a brother in arms. The video was also shared at roughly the same time South Africa revealed they will not be appealing his ban, which only thickens the plot further.

Rennie is currently coaching the Barbarians ahead of their clash with Samoa this Saturday at Twickenham so he won’t be able to join Erasmus for the drink, but Jaco Johan might be thirsty?