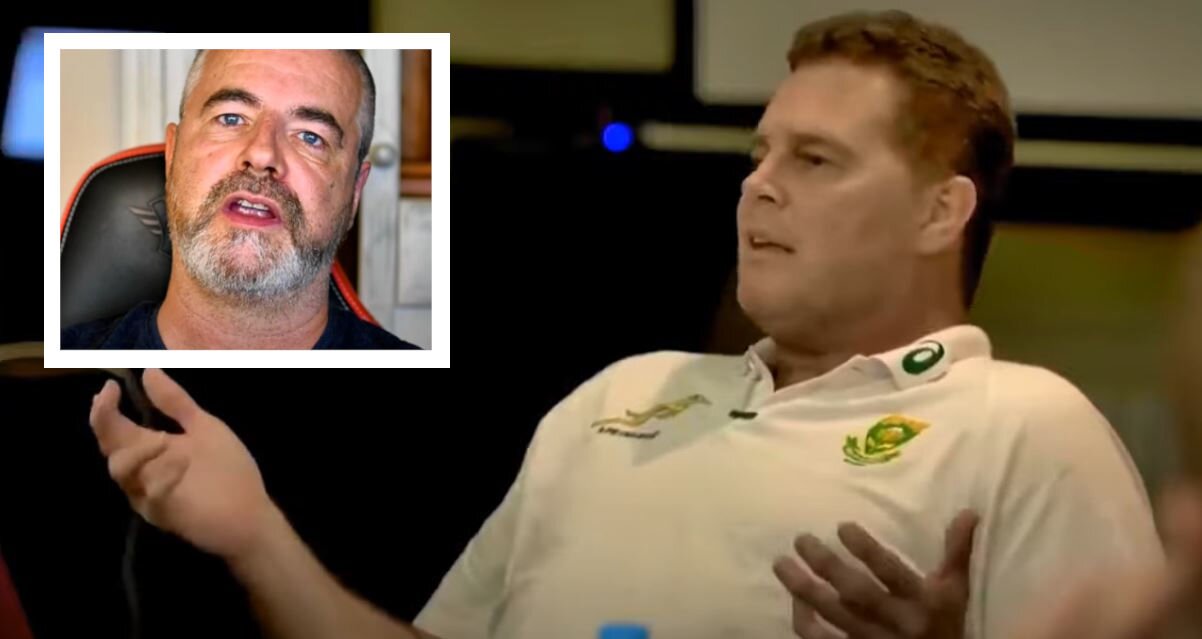 ‘Erasmus must pay the price for his arrogance’ – Vlogger savages Rassie

Rugby vlogger, Rugby Spy, has taken aim at Rassie Erasmus on Youtube, claiming the Springboks Director of Rugby has completely overreached his position in rugby’.

Nienaber said SA Rugby’s Director of Rugby would remain in South Africa for the opening stages of tour, and that he may join the team for the latter stages.

This Irish rugby vlogger wants the book thrown at Erasmus who he brands ‘arrogant’ and say it goes against the VERY FABRIC OF THE SPORT NO LESS!

Rugby Spy writes: “In the next few days, Director of South African Rugby Rassie Erasmus will face a World Rugby panel of ‘judges’ on misconduct charges relating to the release on social media of that 62-minute video in which he criticises the referee of the first Lions test – Nic Berry. I actually agree with most of the points that Rassie makes in the video but that’s not what I want to discuss today. It’s the actual release of the video that is grating at my sense of sporting morality.”

Do you agree with his take on Rassie? Does he go too far?