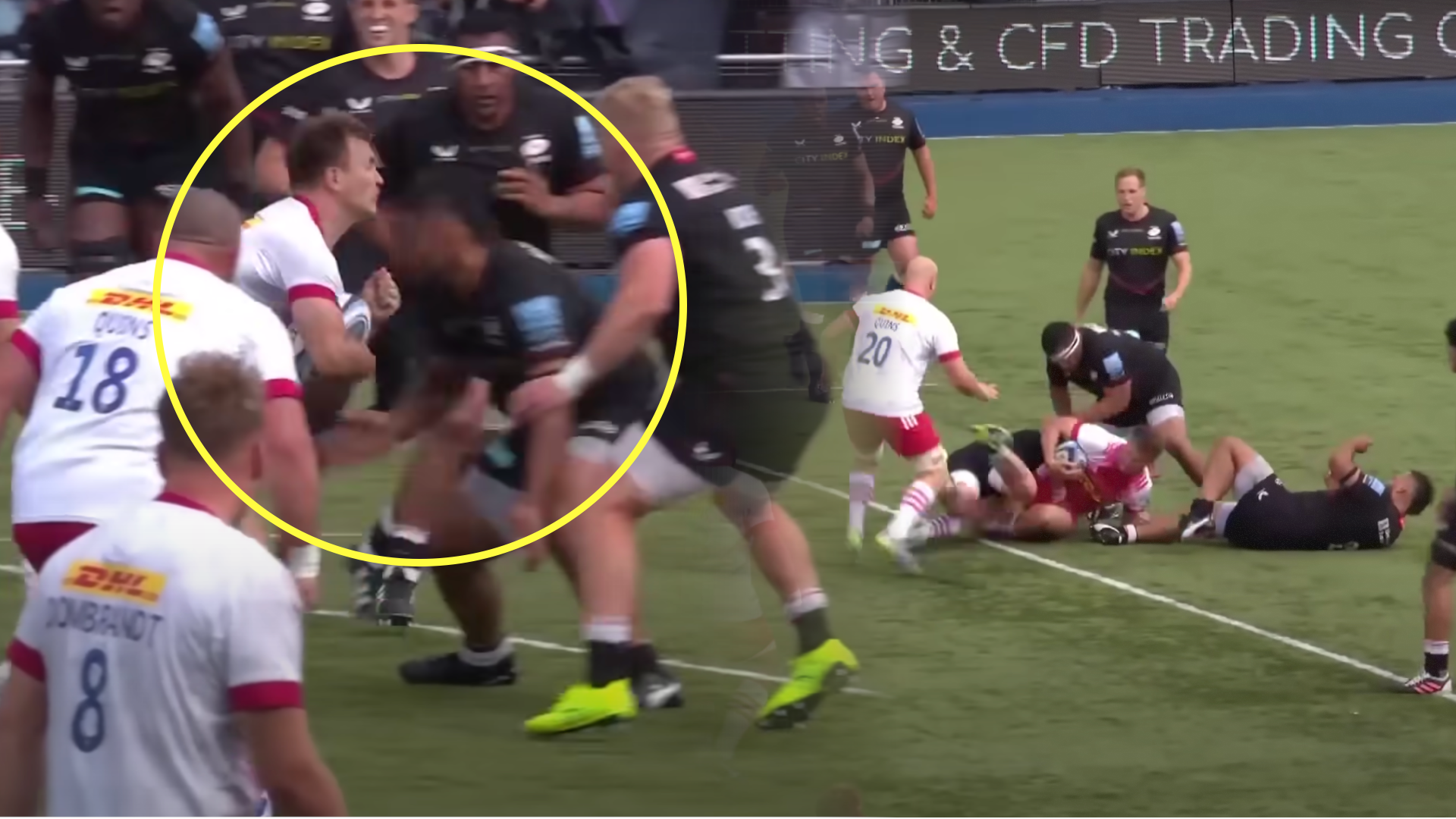 Everyone in the Gallagher Premiership already knows by now that RPA players’ player of the year Andre Esterhuizen is a ball carrying monster. That is a simple fact. But the Harlequins inside centre produced a feat of strength on Saturday that may have come as a surprise even for his high standards.

It came in the Gallagher Premiership semi final against Saracens at the StoneX Stadium on Saturday, when Saracens No8 Billy Vunipola lined up a shot on the South African. However, Esterhuizen was able to bounce the 130kg forward, and send him straight onto his backside.

What is even more impressive about this is that Vunipola was subsequently yellow carded for making contact with the head of the centre, meaning a huge amount of force of the tackle went through the neck of Esterhuizen. He did not exactly bounce the Saracen with his neck alone, but it did have to withstand the force of a 130kg man tackling a 113kg man running at full felt into him.

While this was a disappointing day for Esterhuizen as Harlequins’ title defence came to an end with a 34-17 loss, he was recalled into the South Africa squad later that day after a long absence.

Take a look at his strength: