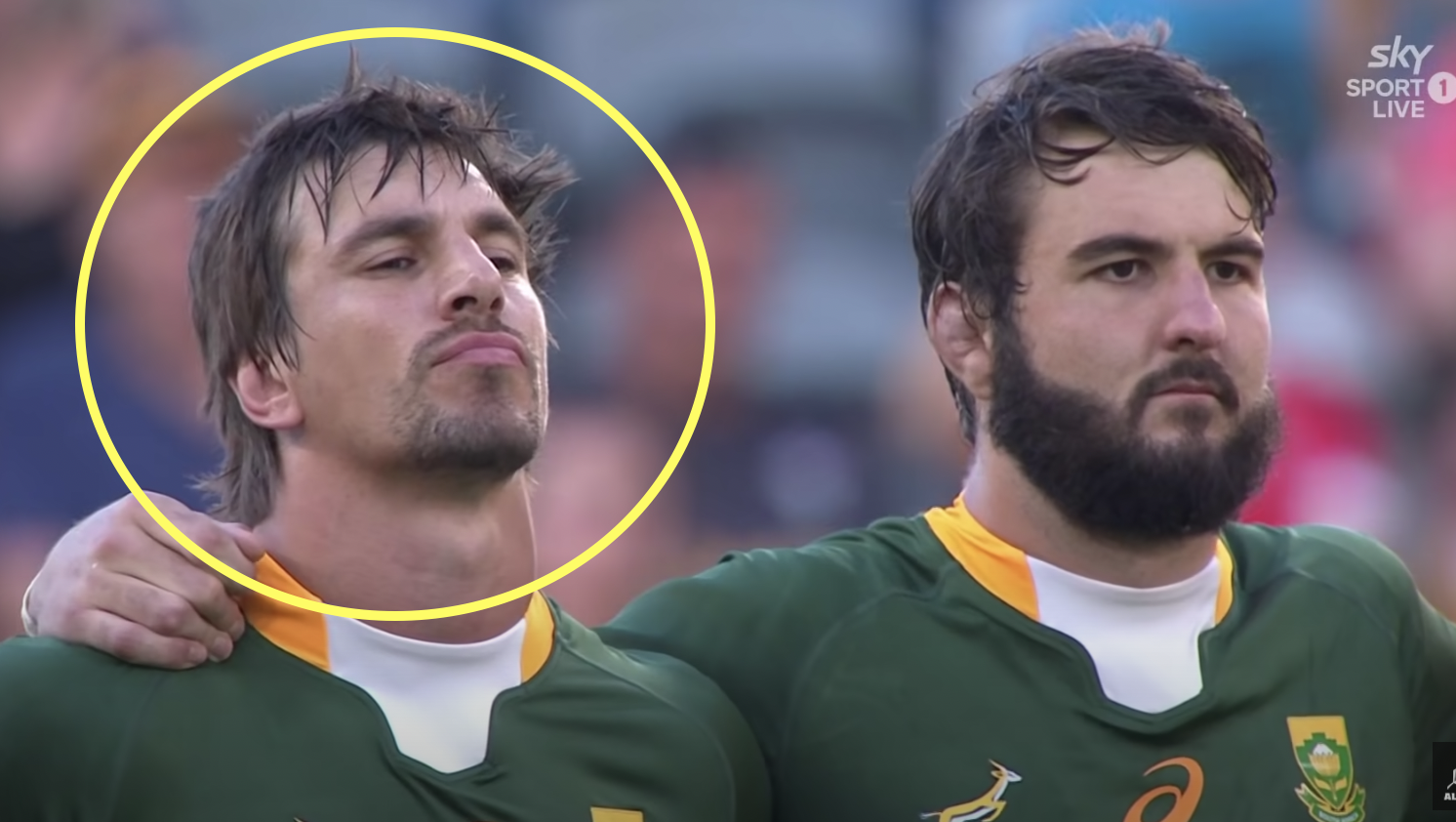 Etzebeth explains his ‘game face’ against the Haka

Eben Etzebeth’s ‘game face’ stare at the Haka ahead of South Africa’s 100th Test against the All Blacks took social media by storm recently.

The rugby world knew the Springboks’ enforcer meant business when he stared down the Kapa O Pango with the steely confidence and aggression he is known for. Standing next to his fellow lock Lood de Jager, the pair were quite a menacing sight.

Here is the Haka:

The lock was quizzed about this reaction after the match, and said that facing the Haka is “special” and that he was just staying in the moment.

“I was probably just leaving myself in the moment,” the 94-cap Springbok said.

“It’s a nice thing, it only happens when you play one of the Pacific Nations or New Zealand when you get to face the Haka, so it’s always a special moment. You just wish the game could start right there after the Haka but some guys want some water first. But like I said, it’s always special.”

Take a look at his conference:

Etzebeth was clearly fired up by facing the Haka, and he brought that intensity onto the pitch as both teams produced a fierce contest. The Springboks narrowly fell 19-17 to a late long range Jordie Barrett penalty, but got their revenge the week later in the final round of the Rugby Championship as they came away 31-29 victors.

The rivalry between the Springboks and the All Blacks is often seen as the pinnacle of rugby union and their two encounters this year showed that. The final aggregate score across their two matches was 48-48, which is a clear indication that there is nothing to separate them. While the All Blacks won the Rugby Championship this year, the Springboks were able to reclaim their number one position in the world rankings.