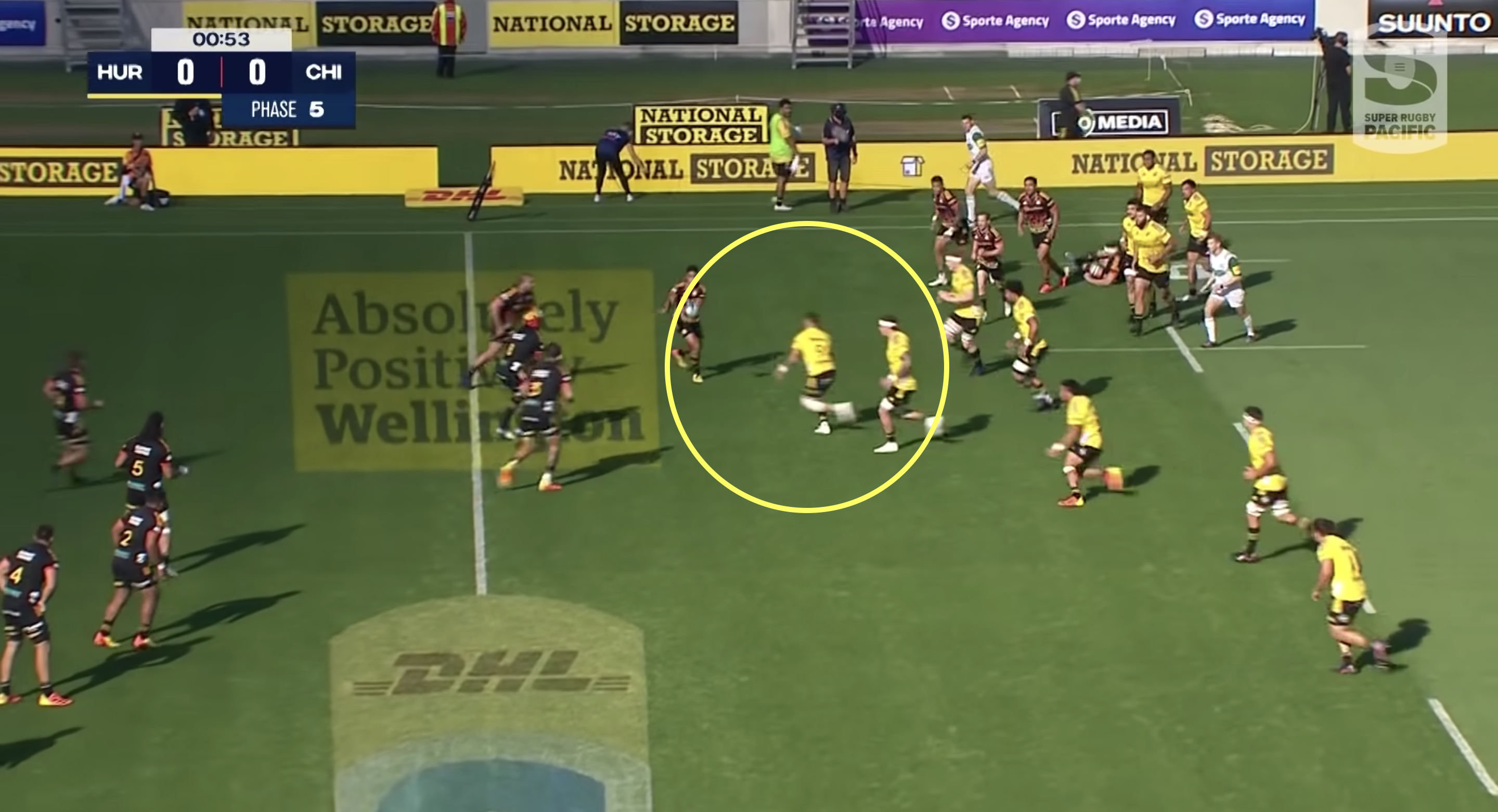 Every No9 should copy this new tactic shown by All Black

Hurricanes and All Blacks No9 TJ Perenara may not have been aware that he could have been a pioneer with a new tactic with try he scored on Sunday for his side against the Chiefs at the Sky Stadium.

The All Black was scoring a try just 60 seconds into the Super Rugby Pacific clash after intercepting a pass from Chiefs’ No10 Josh Ioane.

Since then, his ‘free role’ has been analysed online as a template for other No9s to copy. With the Chiefs having a ruck near the sideline, the 78-cap All Black was effectively given a free rein in defence, which EK Rugby Analysis has suggested other No9s should do. Perenara was effectively a wildcard defender, who at best was going to get the interception and at worse would probably just force the No10 to run themselves or pass back inside.

Of course this is dependent on the position of the ruck on the pitch, but on this instance in Wellington it was ideal for Perenara. This is what EK Rugby Analysis wrote on Twitter:

“Wish more teams would encourage their 9s to do this.
– sideline ruck means a full defensive line
– little chance of an attack down the short side
– great chance to rush up
– forces the 10 inside if they don’t pass

“Really smart work from Perenara in that free 9 role.”

Wish more teams would encourage their 9's to do this.

Really smart work from Perenara in that free 9 role. pic.twitter.com/Icr6FZmPBN

Despite giving away the early try, the Chiefs came back to win 30-29. With that try, Perenara also moved within three tries of Israel Folau’s all time record of 60 Super Rugby tries. His teammate Julian Savea is only one try behind on 56 after also scoring against the Chiefs on Sunday. The Hurricanes host the Crusaders this Saturday so a hat-trick for Perenara seems unlikely, however, it would make him the joint top try scorer in the competition’s history.

Here are the highlights of the match: