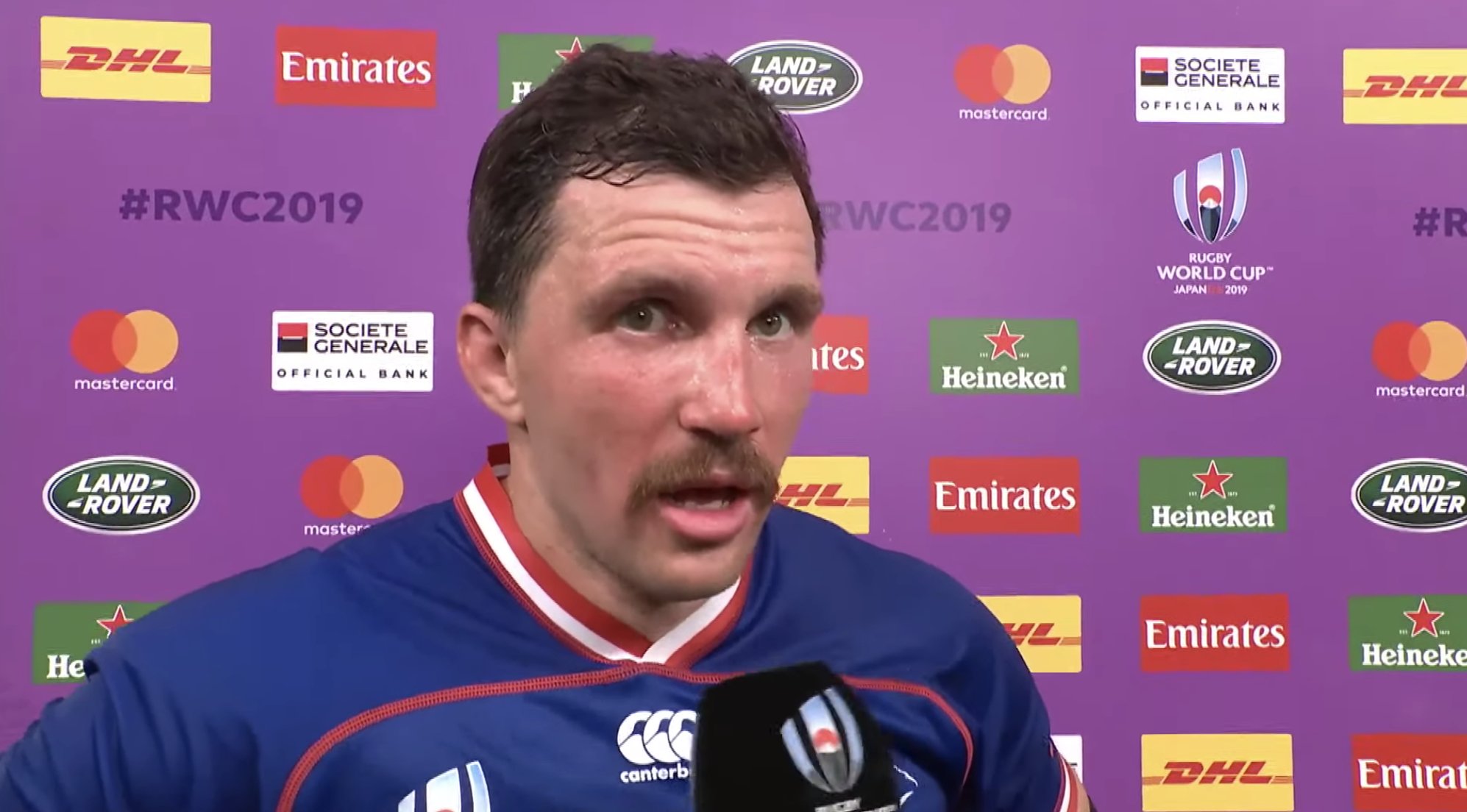 Everyone is perplexed by Russia’s captain and his accent

Just as he was about to be interviewed, we were expecting a very Russian accent to come out of the Russian captain, however what we got was very different.

In the interview, Vasily said that he was pleased with his team’s performance, and at the end, he encouraged everyone to get behind Russia at the tournament.

After a miserable set of warm up games, this was an impressive turn-around for the men in blue as they looked dangerous at periods against the hosts. In all honesty, this was probably their best chance to get a win in this tournament, but as Japan showed us four years ago, upsets can easily happen in this sport.

Here is the full interview that Artemyev had with World Rugby. What accent do you detect?

If you thought Irish, you’d be right! The Russian captain went to school at Blackrock College in Ireland, one of the most prestigious rugby schools in the country. The likes of Brian O’Driscoll and others have attended the school so he is in good company. That would explain his Irish twang, and it makes for a brilliant interview for a captain who came across very well after a great performance against the hosts.

Russia have a tough set of fixtures coming up in Pool A as they take Ireland and Scotland next in a pool where they will be lucky to come away with a win.

They take on Samoa on Tuesday, and Russian will be hoping that the man with the Irish accent will guide them to a famous victory.