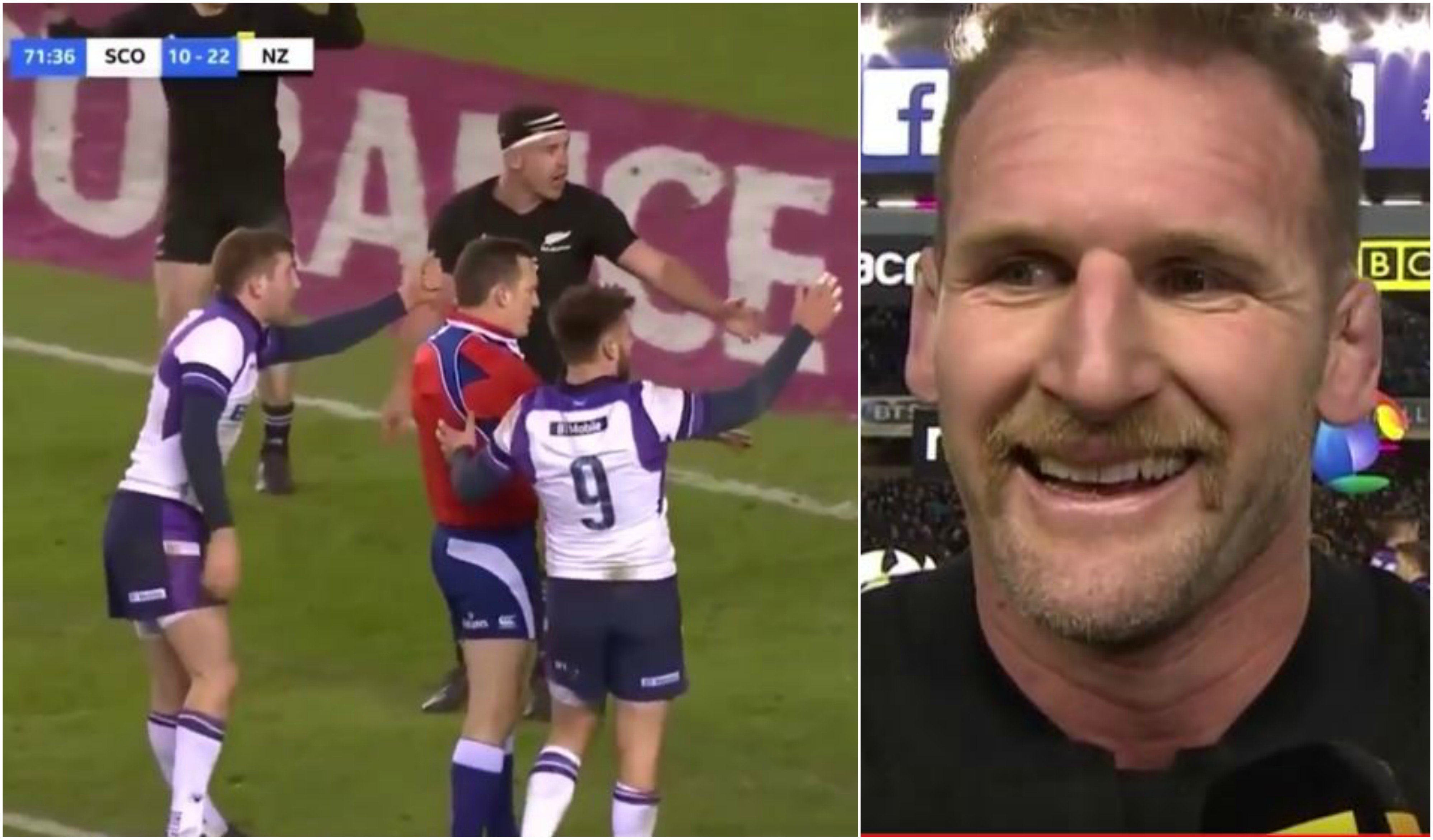 New Zealand already had Crockzilla been sent to the bin less than a minute earlier for a ridiculously cynical foul, and then this vile act happened.

Crockett’s infringment was cynical enough, but the most heinous act of grubbery was left to the All Blacks captain Kieran Read. With Crockett in the bin and with Scotland playing with the benefit of advantage, watch as Read clearly slaps the ball forward out of the hands of Gray from the deck.

The ref somehow misses it despite it happening two metres from him.

Advantage should have run and Read should have been binned after for a professional foul on his own line, leaving New Zealand with 13 men for the final 9 minutes, with the score 22 – 17. Of course Scotland would have won.

Instead we are left with another close shave for the New Zealand.