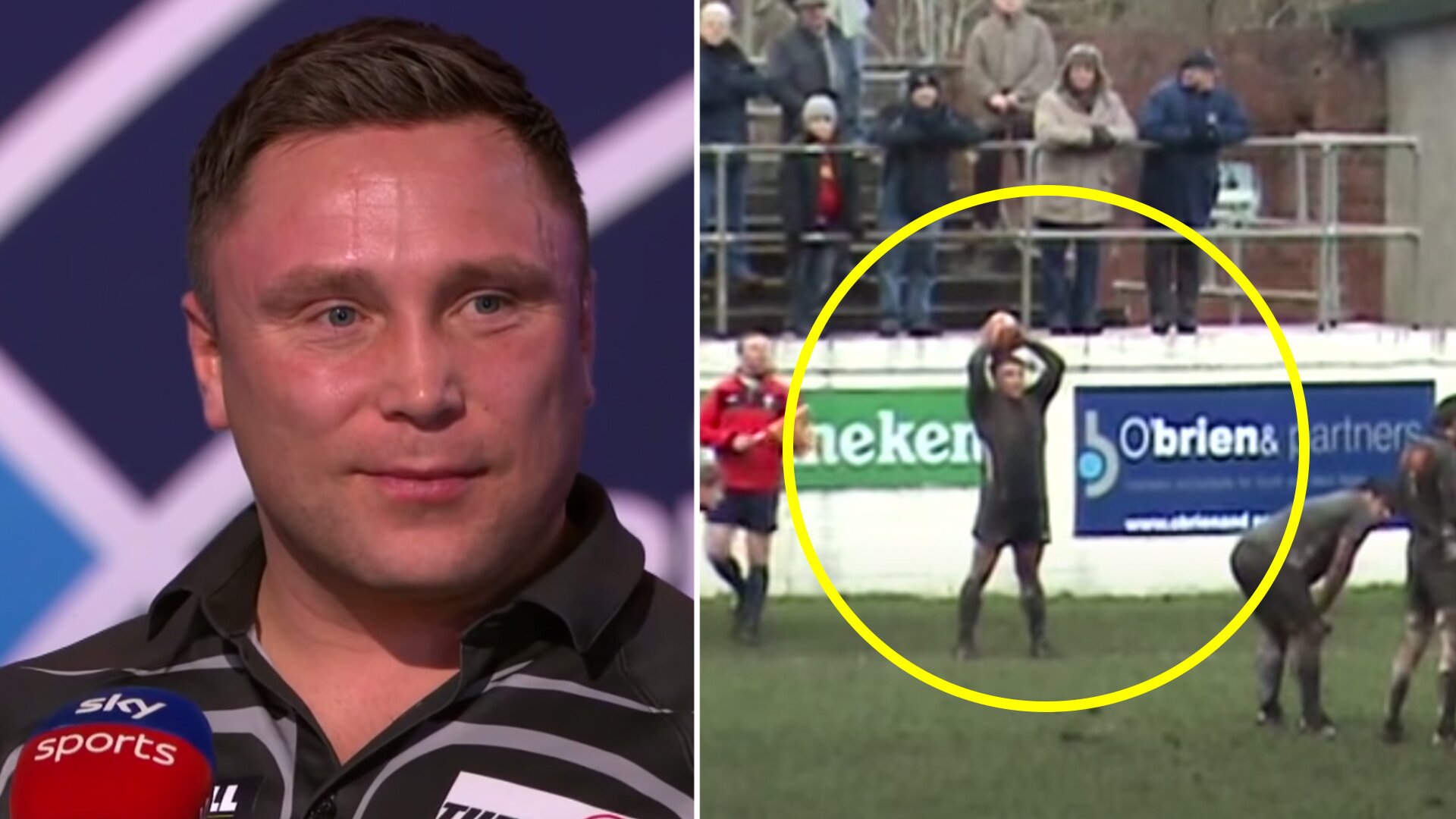 Footage of the new darts world number 1 Gerwyn Price playing rugby is going viral online today after he secured the  PDC World Championship win in the darts this weekend.

Gerwyn Price won the title, despite missing 11 match darts, which now makes him the Number 1 darts player in the world.

He played rugby at a professional level for Neath and Cross Keys and he also played Rugby League for a short period.

One video has already gained almost 300,000 views, showing him plowing down the field for Neath in the final in the Millenium stadium less than 10 years ago.

Less than 10 years ago Gerwyn Price was scoring tries in rugby cup finals at the Millennium Stadium.

We were even more surprised to hear that he only took up darts when he felt he could no longer progress any further in rugby.

It is clear to see the rugby mindset of hard work and dedication rubbed off on him to help him progress in rugby.

He played hooker, and he looked like a very tidy player when he was at his prime in the sport.

Gerwyn Price is known for his prickly attitude sometime in darts, it is clear to see you wouldn’t mess with him, even in darts.

Back in 2016, he got into this prickly argument after winding up his opponent all march.

Only a front row is capable of this kind of housery.

We’re very happy for him we have to say!