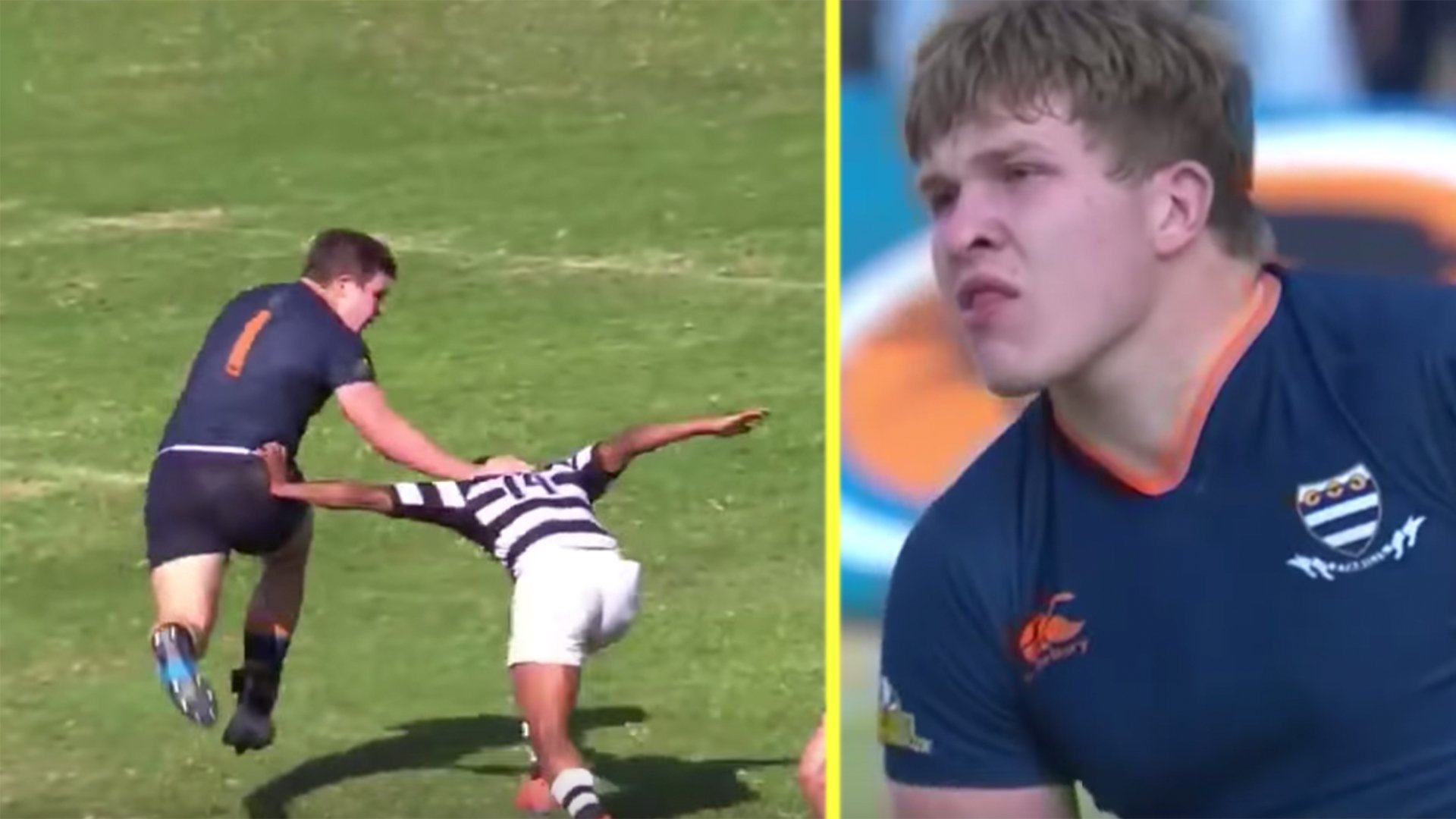 A video that is quite simply scaring people has dropped online recently. A prop named Jan-Hendrik Wessels is being labelled by some as the next Super Prop due to his sheer size, power, and most importantly speed.

Those of you who have been closely following the school rugby scene will no doubt have seen this immense talent in action. Having worn the Grey 1st XV jersey with distinction for 2 seasons the prop come lock has amazing speed and agilty for a big man as well as power that shook many an opposing prop to their core. Jan-Hendrik is certainly one for the future and we will be following his career with much interest.

Yesterday we shared a clip of this prop chasing down a winger with his speed, now we have been given the full video. Jan-Hendrik is just one in a long line of props who are bucking this trend of props being overweight and slow. It’s increasingly clear that props are no longer just big boys, but in fact they’re becoming increasingly muscle-bound and pacy.

The likes of Ellis Genge are prime examples of this, with the front row members looking increasingly to their speed and skills rather than just their scrummaging technique.

The prop in this video is literally laying bodies out on the canvas. Sweet blessings to any of the schoolboys that had to come up against this lad.

He plays for Grey College, the school that is known as the best rugby school in the World. Nobody is going to debate that, their win record is incredible and they have a long list of former Springboks.

Look at this video of this prop here, actually incredible. The power is scaring me.