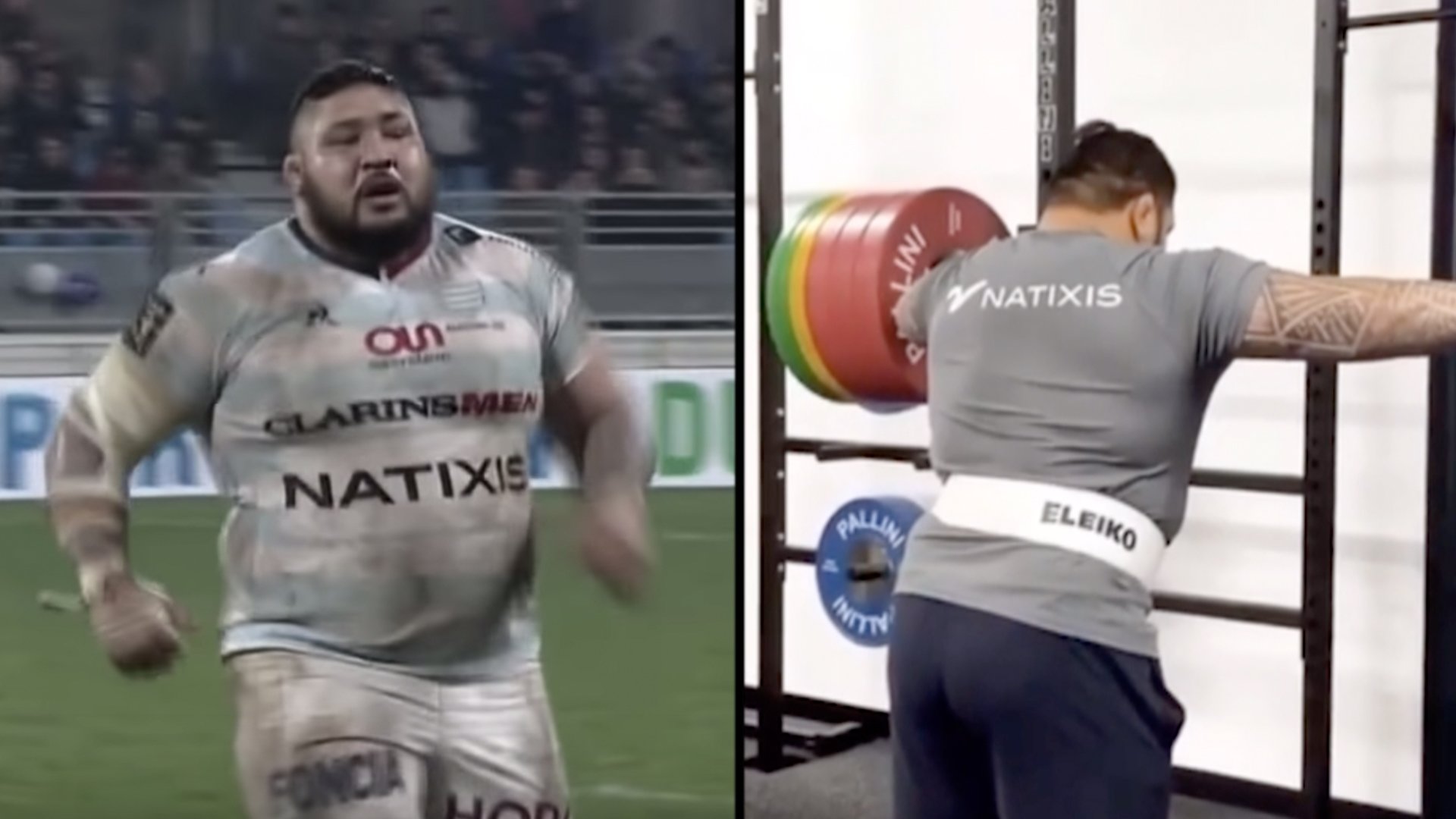 Tongan prop Ben Tameifuna has revealed an incredible weight loss in a video just months after was told he couldn’t play for a French club because he was too overweight!

Racing 92 had ordered Ben Tameifuna to lose weight with the club unhappy with the Tonga international’s condition following his return from the Rugby World Cup.

The Tongan prop was seriously overweight going into the 2019 Rugby World Cup.

Here is a video showing how big he WAS.

According to reports in France, Tameifuna tipped the scales at 160kg when he reported back to the Top14 club.

It is not the first time Racing have been unhappy with the 28-year-old’s weight.

The former Chiefs player was reportedly at 140kg when he left for the tournament but has packed on the beef despite playing and training in France over the past month.

The 28-year-old Tameifuna, the heaviest player at the tournament, is no stranger to weight issues with the latest reports bringing a reminder of “Big Ben” returning from a summer vacation last year weighing 166kg.

An incredible video shows just how much weight the prop has now lost and it looks like he has lost around 20kg just by looking at his waistline!

Much in the past have been made of Props and their distinct lack of athleticism in some cases. We’ve recently spoken at length about the size of Ben Temifuna who is one the biggest players to EVER have played in a World Cup. If you look at this kicking attempt here though, you wouldn’t think that man weighs 21 stone!

Tonga may be out of the competition but videos like this will certainly keep them on the radar for rugby fans out there.

This is after the Tonga rugby Twitter account sent a message to head coach Toutai Kefu with a video of Ben “The Boot” Tameifuna nailing a kick from 40 metres, whilst also telling current kicker Sonatane Takulua that he has a new rival in the team.