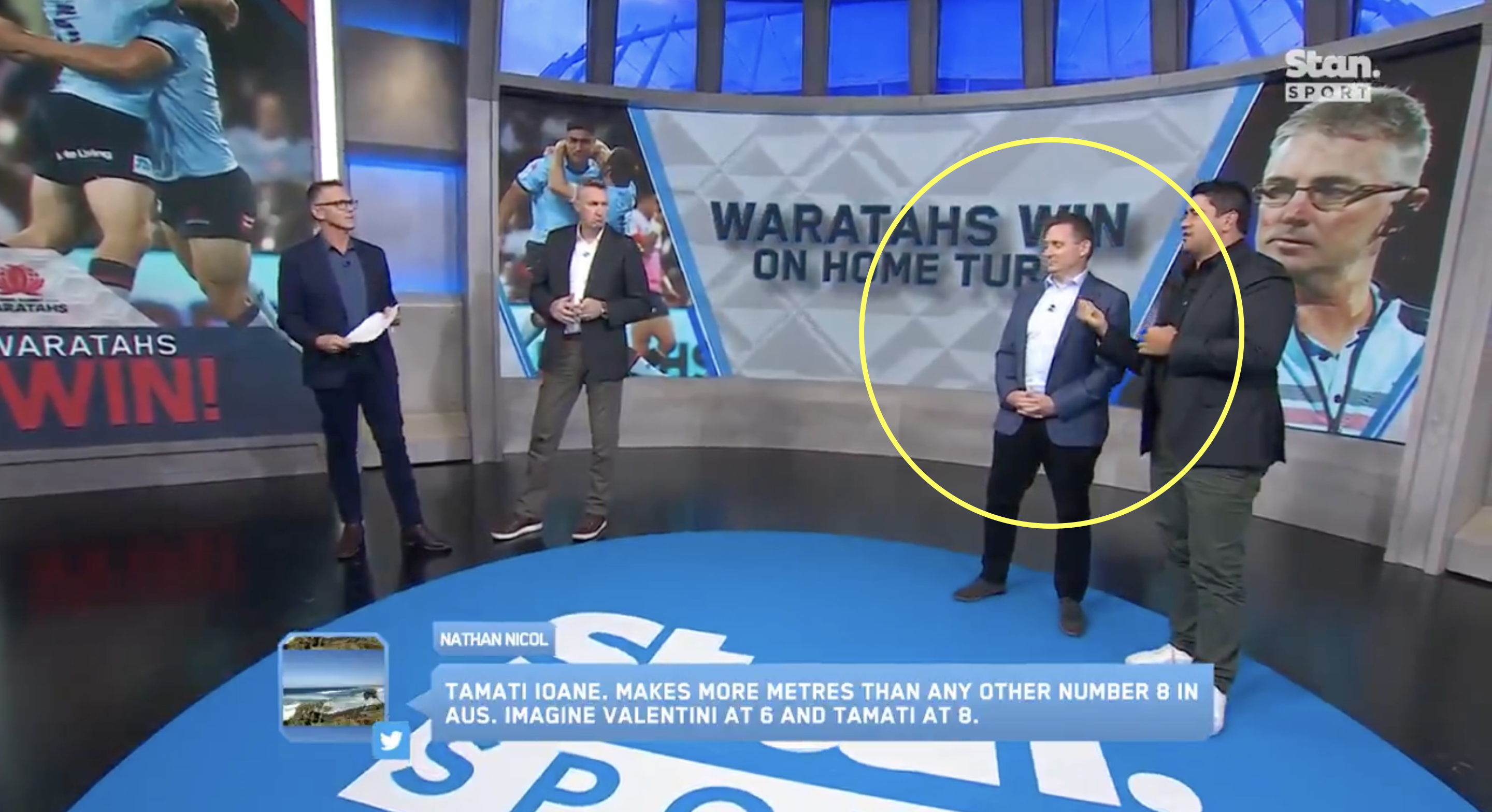 Former All Blacks No10 Andrew Mehrtens recently picked his ‘Form Wallabies XV’ based on the Super Rugby Pacific season so far, and it did not go down too well in the Stan Sport studio.

The team consists of eight Brumbies, who currently sit at the top of the ladder, but obviously does not include any players that are currently abroad.

Former Australia centre Morgan Turiui was not keen on the idea of picking a team however, as it is only March and Australia’s next Test is still a distance off in July, where the Wallabies will face England in a three Test series.

“I’ll tell you what the criticism is,” the former Wallaby said. “Nick McArdle trying to make us pick teams in March and is trying to say the Test window is on its way. Let these guys play. I know we want to talk about it.”

Take a look at Mehrten’s team:

The discussion came after the Waratahs had secured a 24-19 win over the Rebels on Saturday, which left them third in the table. While Turinui was not keen on the idea, he did still have a slight pop at the former All Black’s side, picking up on some of the selections in the back line.

“I tell you what, be patient, be patient,” he said. “We’ve got time, let these players build a body of work. But yes Mehrts, the Form XV you’ve picked, one’s not a left winger- Petaia- one’s not an inside centre.”