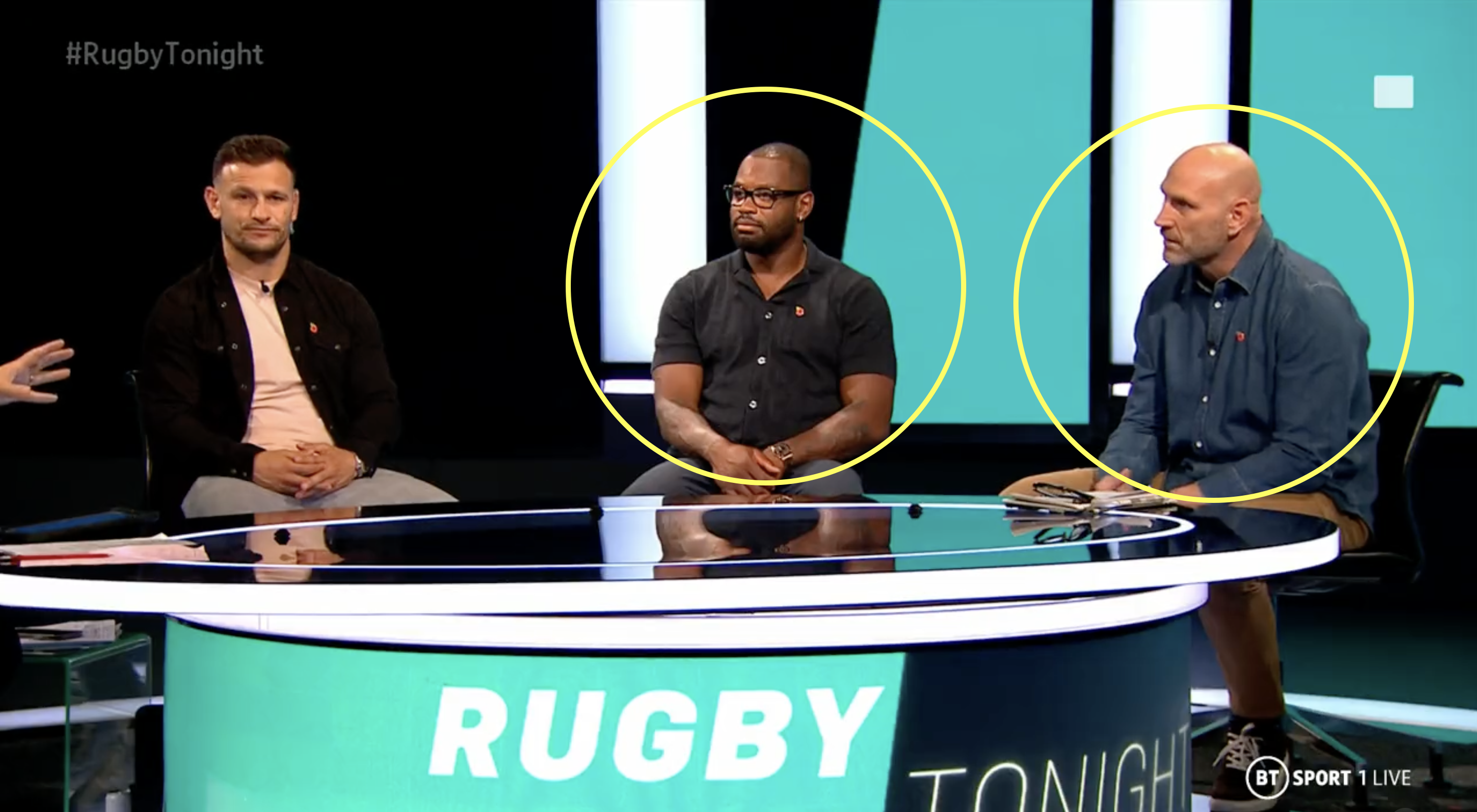 Monye was tasked with picking the backline while Dallaglio selected the pack on BT Sport ahead of England’s tests against Argentina, Japan, the All Blacks and world champions South Africa.

In the discussion, the former England captain, Dallaglio, suggested Ellis Genge captains the side in Courtney Lawes’ absence, while Monye labelled Freddie Steward the best fullback in the world.

Danny Care, a guest in the studio, differed from Monye slightly, saying he expects Jack Nowell to start, saying he is one of Eddie Jones’ preferred players.

Here is their XV:

Monye said: “I started Ben Youngs at No9, who miss out on the summer, Danny Care took that spot. I think having that level of experience and connectivity with someone like Marcus Smith, getting the ball in his hands really early.

“I think Max Malins has been brilliant this season. I think he’s a ball playing left left, a winger that finishes really well. I’ve gone for a centre partnership of Owen Farrell and Manu Tuilagi. I’d like to see that cemented and just see how that beds in and opens up opportunity.

“Gone for Cadan Murley on the right wing. I think when you think about the opening two matches, if he’s going to get a chance, he’s going to have to go against Japan and Argentina. I want to see if he can make. And Freddie Steward, I personally think he’s the best fallback in world rugby, so he is my 15.

Dallaglio added: “We’re looking at this pack with a lot of injuries. No Courtney Lawes, so that asks the question who’s going to captain the side? He’s been captain for a while. Maybe Ellis Genge? He’s got some good leadership qualities there. He’s definitely an England captain of the future, he’s the outstanding loosehead and has picked up really left off last season. Fingers crossed for Luke Cowan-Dickie, otherwise McGuigan or Singleton, not a huge amount of experience.

“Kyle Sinckler, taken a little bit of time to get going, not been playing well initially. But I think the benefit of the doubt, there’s not a huge amount. So that’s where I like continuity in selection.

“I think the second row picks itself without Courtney Lawes. I think you’ve got really good experience there. Jack Willis, no current club at the moment, but that’s no bad thing. We know that I think a jackler over the ball is very, very important. Tom Curry, I still think is the best No7 in the country. And Alex Dombrandt obviously came back yesterday and I think he will play a part in the autumn series but maybe not in this first game. Sam Simmonds, has not played enough rugby. I think he’s been struggling with an injury. So I think the full pack, because of injuries, kind of picks itself, really.”

Danny Care has his take on the England side for the Autumn internationals 🏴󠁧󠁢󠁥󠁮󠁧󠁿#RugbyTonight pic.twitter.com/JkbjDr6q7v