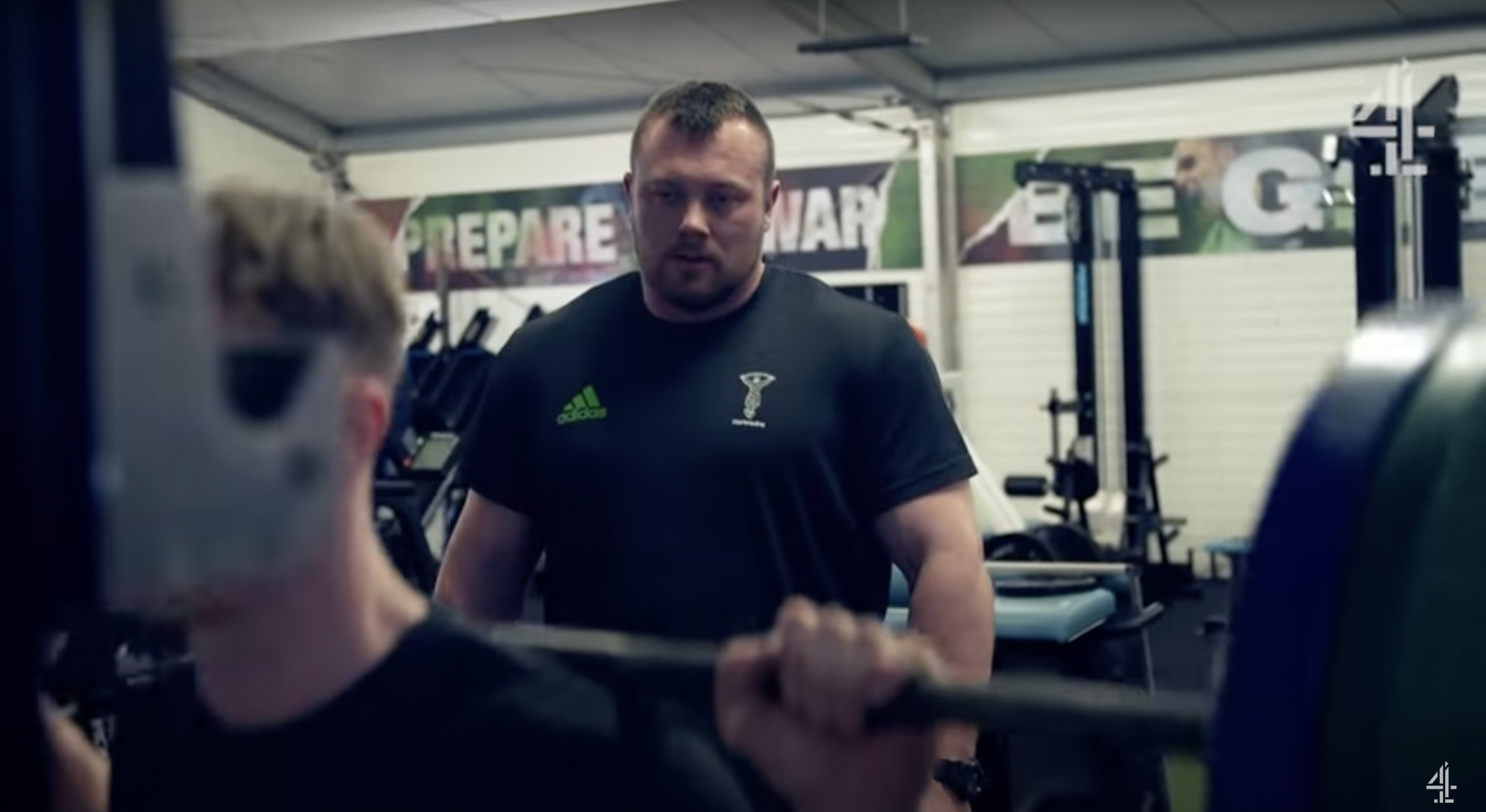 Former Harlequins Strength and Conditioning Coach and one of the strongest men in the world Adam Bishop recently revealed what a typical workout would consist of for a rugby player.

The former Saracens Academy player and now world renowned Strongman was recently a guest on the Giants Live Strongman Podcast, where he also listed the strongest player he coached at Harlequins.

Bishop finished the 2021 World’s Strongest Man in eighth place is currently aiming to break the deadlifting world record of 505kg. On the topic of deadlifts, he was asked by host Colin Bryce how many players in rugby could deadlift 300kg.

“A very small number,” Bishop said. “No one at Quins. I think the best deadlift we had at Quins, and not many people did a deadlift with a straight bar- if we were to deadlift we’d use a trap bar, it’s kind of risk versus reward because these guys are paid to play rugby, they’re not paid to lift. So if I break someone with them doing deadlifts with a straight bar and they can’t play at the weekend, I’m in trouble- so the highest deadlift we had was Kyle Sinckler pulled 270kg on a straight bar. We’ve had a couple close to 300kg on a trap bar, but no massive pullers.”

Bishop left his role at Harlequins in 2021 after ten years in order to dedicate himself to his Strongman career, but provided an insight into what kind of training professional rugby players undergo.

“We used to keep to the basics. They used to lift heavy still and train for strength. A lot of squats and power cleans. I used to use a lot of box jumps, so a lot of power based movements and then just general upper body. We used to do bodybuilding moves for the upper body just to maintain balance and a lot of neck work. We need their necks to be strong. Especially as I was working predominantly with the forwards and those guys take a beating so keeping their necks strong was really important. But most of their conditioning work was done on the field via running, contact conditioning work, pushing sleds. But we had limited time with them in the gym. It’s not like your NFL players who have really short seasons so they can do a load of work in the off season and then just play American football, we had to make small gains throughout the whole year to keep these guys strong and progressing.”