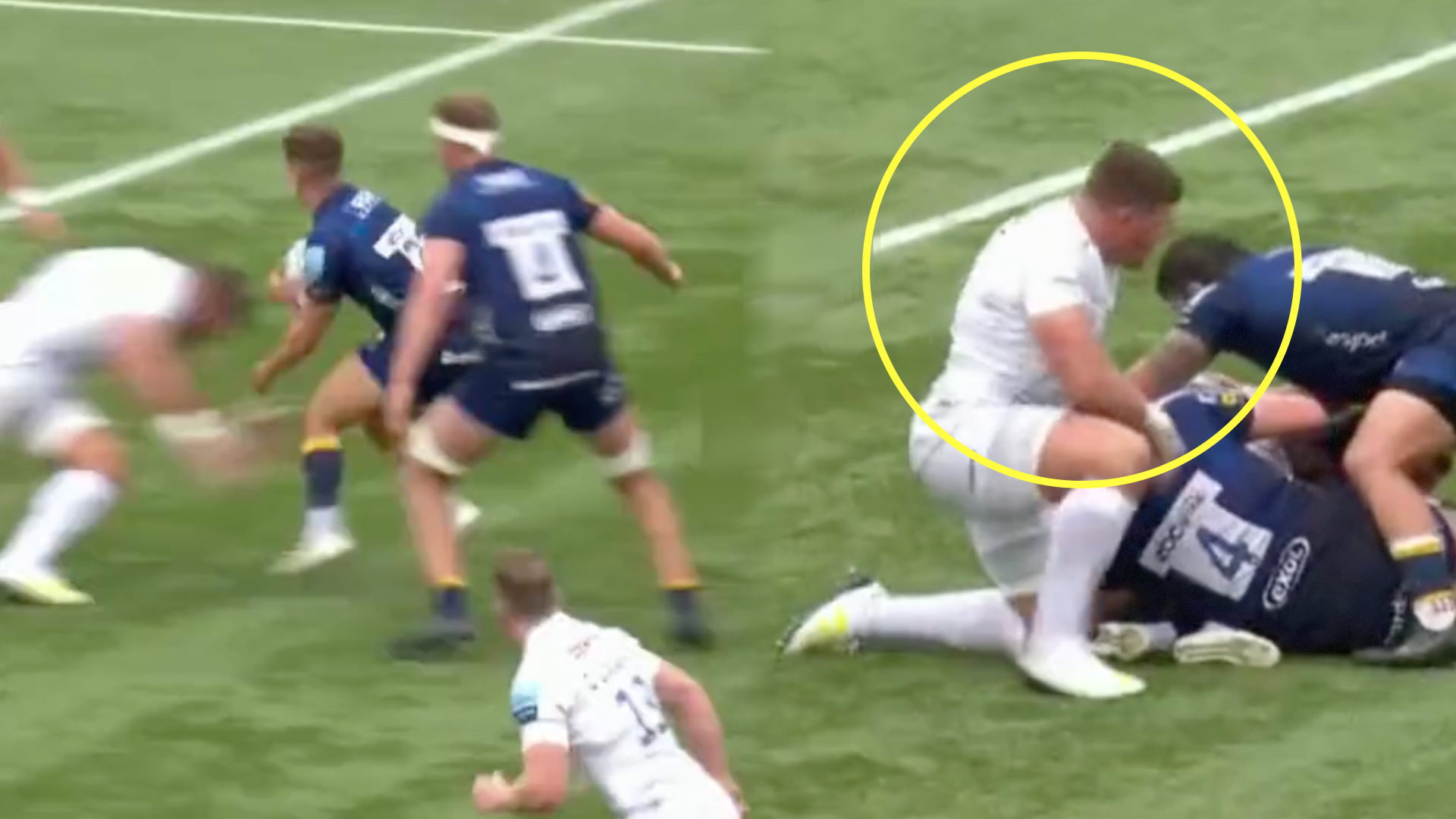 “As a Good Rule of Thumb… Don’t Run into Dave Ewers,” was the message Exeter Chiefs gave this week after sharing a clip of their flanker Dave Ewers marmalising Worcester Warriors fly-half Billy Searle on Sunday at Sixways.

After receiving the ball in the back field, Searle quite literally had the entire width of the field to run, and he chose to run into all 125kg of the Chiefs’ enforcer. It was perhaps not the wisest move any player has made.

The 31-year-old Chief made sure he got all of the player weighing a whole 40kg lighter than him, although his tackle technique leaves plenty to be desired. Ewers did get his head on the wrong side of the tackle, but no harm was done.

This was all on the way to the Chiefs securing a 36-21 victory, leaving them in second place in the Gallagher Premiership.

It was touch and go as to whether the game would go ahead, with plenty of staff at Worcester still waiting for their salary from August. Warriors director of rugby Steve Diamond addressed the state of the club after the match.

“I don’t know how long we can keep going with this as I’ve been informed that negotiations are taking place behind the scenes but I’m not party to them,” Diamond said.

“In the professional era, no director of rugby should be required to deal with such a situation as the players haven’t been paid their August salaries.

“There are limits to how many times players or staff can turn out on goodwill without being paid and it’s impossible for anyone to work without any internet and heating with winter around the corner.

“We are hoping to fulfil the fixture with Gloucester on Wednesday. We wanted to bring in a few loan players but at present we can’t afford to pay the RFU the appropriate sum.

“I’m hoping the money we’ve taken today can be used and not disappear down a black hole as we are on the never-never at the moment.

“Realistically I don’t know how long we can keep going for with the winding-up application due in late September, a line has to be drawn somewhere.”

Take a look at Ewers’ tackle:

As a Good Rule of Thumb … Don’t Run into @dave_ewers 🤯

Fair play @Searly10, you wore this one well 👊 pic.twitter.com/qTVoaBXnkL