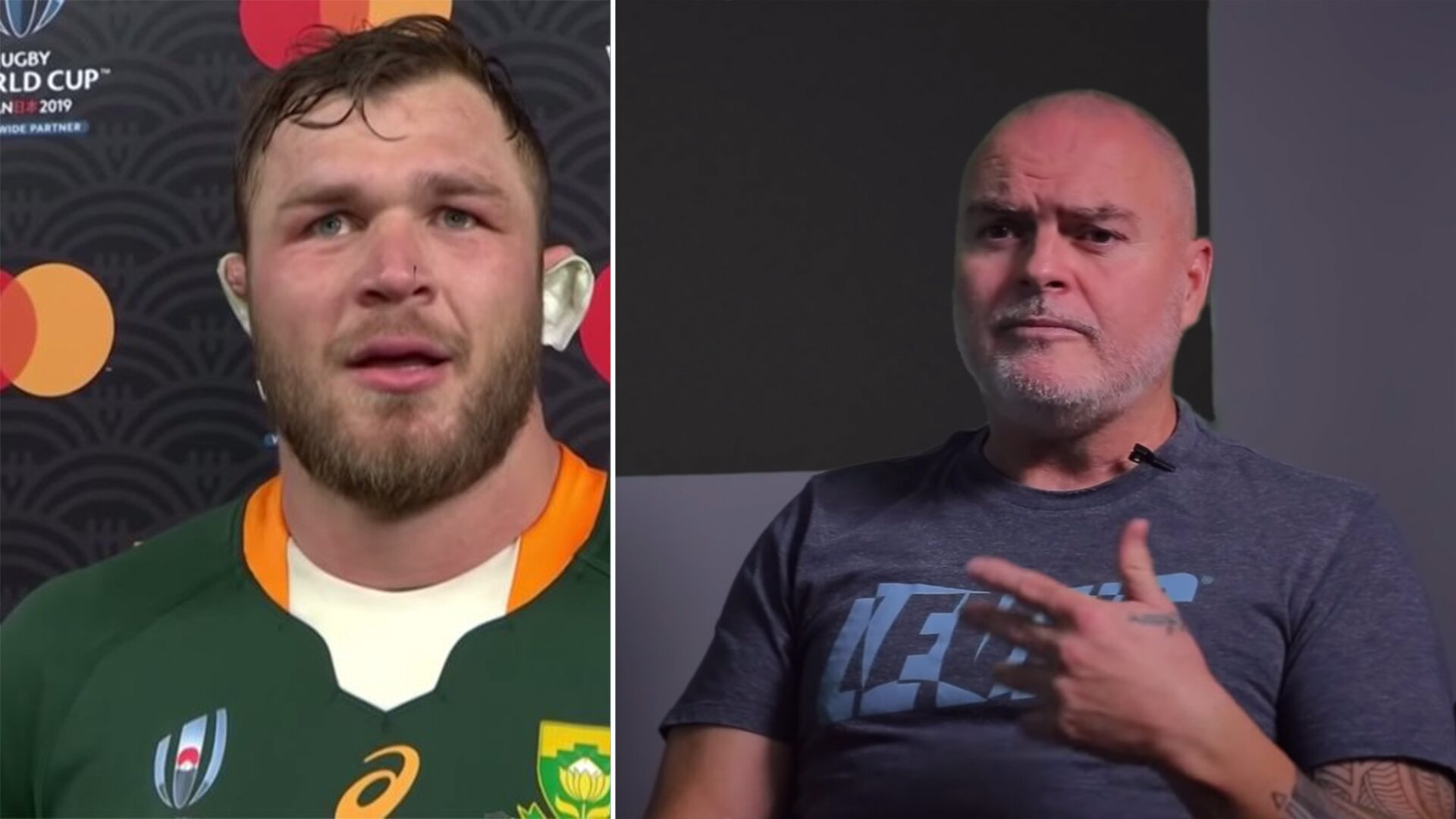 Expert honestly predicts that Springboks will get humiliated in Rugby Championship

A rugby expert in South Africa has predicted that the Springboks will get a hiding in the Rugby Championship if they take part in the competition at the end of the year.

Mark Keohane spoke openly to SA Rugby Magazine about the South African team’s chances if they were to enter the tournament which would include the likes of Australia and New Zealand.

He spoke about how South Africa was in no way prepared to enter this tournament.

“How can they be mentally prepared after three or four matches of rugby and then a quarantine phase? Then into a competitive test match against players that have been going for the past four months. You’re on a hiding to nothing regardless.”

Couple their top players having lack of playtime with some of their key players being injured and you have a dangerous potential for the team to get destroyed in any of their competitive matches.

RG Snyman & now Handre Pollard, huge blow for the Springboks with the Rugby Championship coming up (hopefully) & the lions tour next year! https://t.co/RILAb4eTGS

The Springboks in the Rugby Championship would be missing Pollard, Etzebeth, Snyman and de Jager to just name a few. Even the most positive rugby fan would have to be concerned about their chances in that competition!

Keohane also spoke openly about how losses in this competition would undoubtedly take off the gloss from their World Cup win.

The men in green would most likely send a very young team to the Rugby Championship if they had to, which would mean their key players would be out of contention.

The video is a very interesting watch for certain!