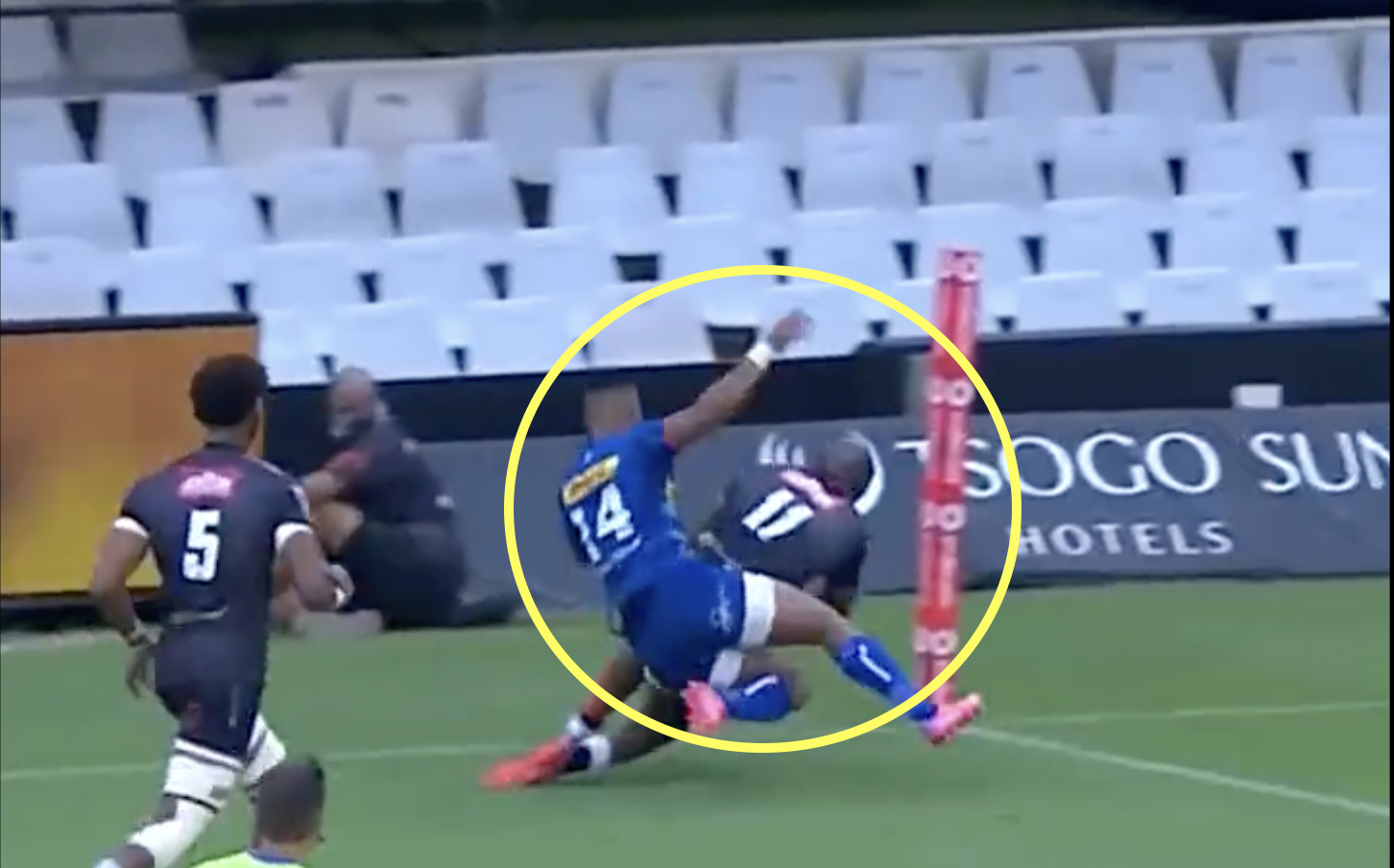 Fact: Makazole Mapimpi is the greatest finisher in world rugby and this try all but proves it

The sight of Aphelele Fassi and Makazole Mapimpi teaming up to score tries is not only a sight that South African fans will love to see, but one that they should get used to seeing for many years to come.

The pair linked up perfectly for the Sharks against the Stormers in the United Rugby Championship on Saturday afternoon at Kings Park Stadium, with the 24-year-old fullback putting in a deft kick for his Springboks teammate to chase. Running at full tilt, Mapimpi was able to gather the ball and dot it over the line under pressure. Very few players in world rugby could convert a chance like that, and it is perhaps proof that the 31-year-old World Cup winner is the best finisher in the game. Oh, and this try was made all the better by the offload from loosehead Ox Nche.

Stats are one thing, and Mapimpi has 15 tries in 17 games for the Sharks as well as 20 tries in 25 games for the Springboks, but actually seeing some of his tries proves how good he is. Yes, his stats are mightily impressive, but a finish like this is the proof that no one has a better instinct when it comes to converting chances into tries. Take a look at his finish: