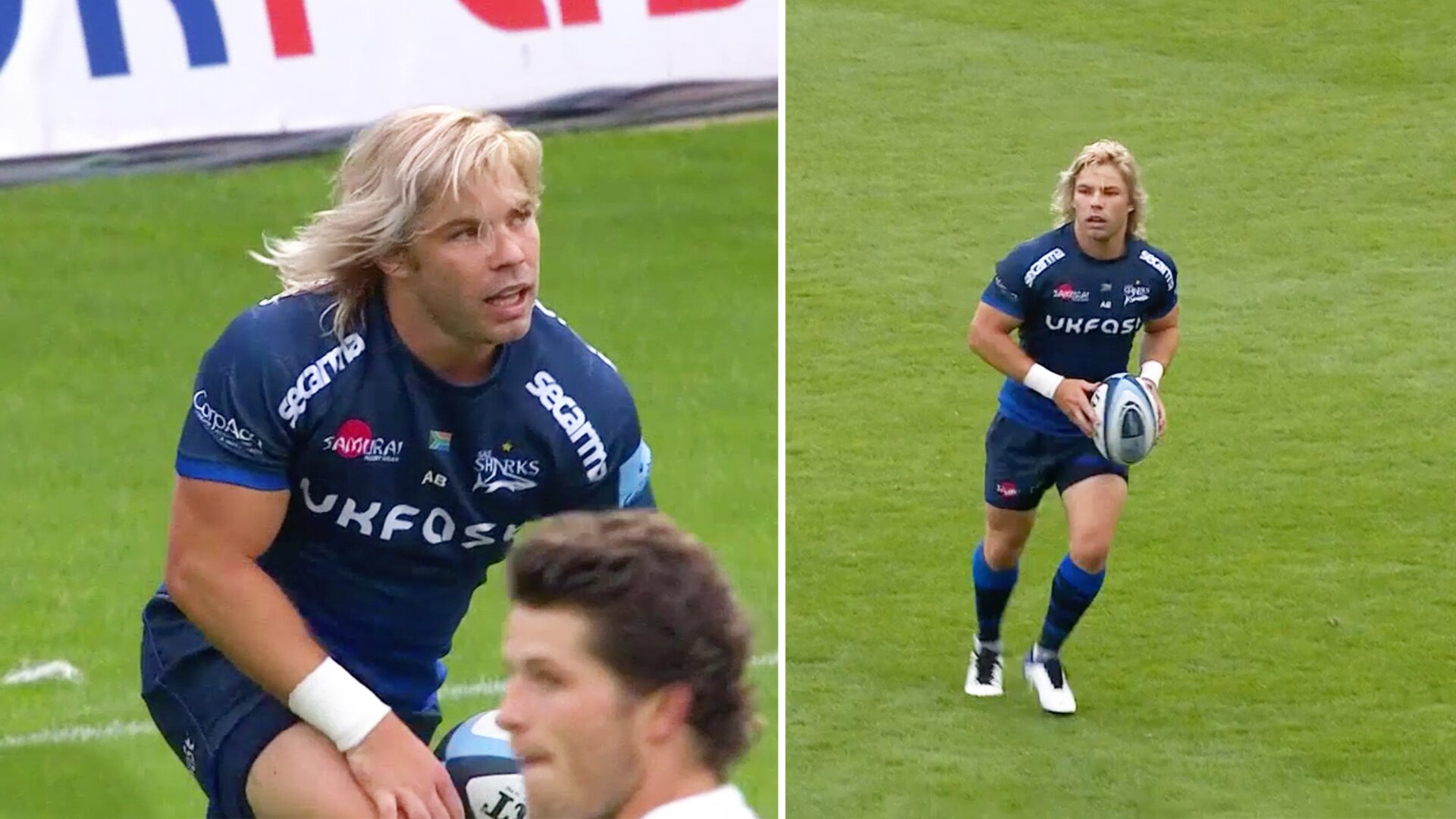 Faf de Klerk was at his phenomenal best this afternoon as his side dismantled title contenders Bristol Bears in a 40-7 win at the AJ Bell Stadium.

The World Cup winning scrum-half was at the heart of Sale’s winning performance with some instrumental contributions in a number of his side’s scores.

Sale raced to an early 14-0 lead in the opening quarter of the encounter and Faf de Klerk added to Bristol’s woes with this well taken try just 18 minutes into this afternoon’s game.

Faf de Klerk the latest to capitalise from a Bristol turnover… pic.twitter.com/b86vbqN3k7

De Klerk’s distribution and kicking game was exceptional throughout as he pulled the strings for the Manchester side’s scores.

He showed his phenomenal handling ability for this second half try and he fires a bullet pass across to initiate this try-scoring sequence.

And it’s a second try for Luke James! 🦈 pic.twitter.com/A9ce9oXCHi

He wasn’t finished there.

We see as he takes a pass out wide off of the driving maul before throwing a deft inside pass to his winger, Marland Yarde. This was Faf at his mesmerising best.

Faf de Klerk with some magic. Bristol have been dismantled in Manchester today pic.twitter.com/2hRV9UbtLJ

@fafdeklerk passing skills are simply amazing, through the eye of the needle


This huge win was a massive statement for Sale Sharks who endured a tough start to their Premiership campaign following the rugby restart.

They are considered to be one of a few title contenders to challenge Exeter Chiefs who have been dominant in England’s top flight all season.